Syria: The consequences of intellectual failure and moral neglect

No Western government should abide policy goals that in practice are pursued via collective punishment of Syrian people. 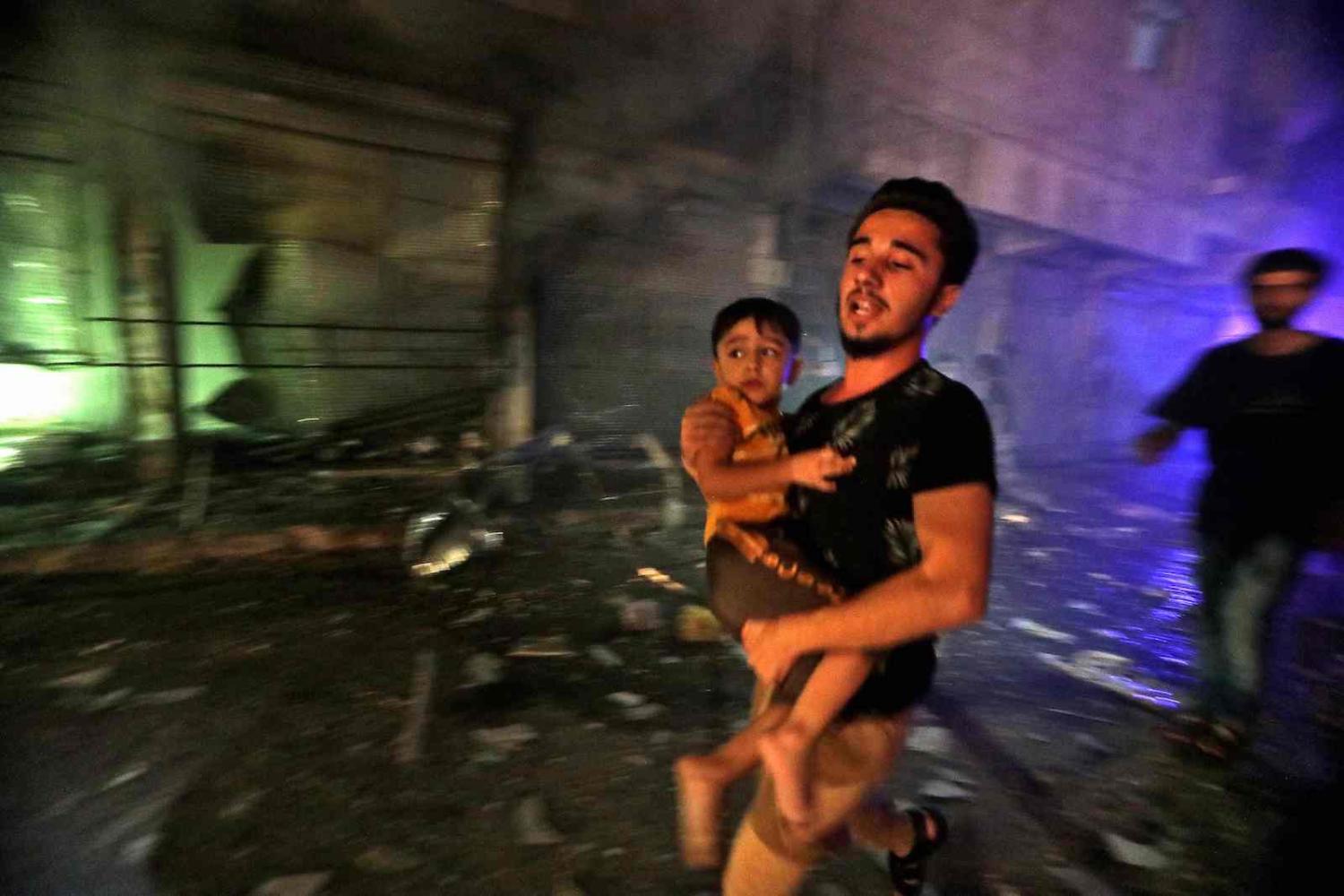 Questions about what Western governments wish Syria to become ­– including where it fits in terms of their strategic interests, its humanitarian and population movement ramifications, and the values to which those governments pay lip service – have never been directed with the vigour they deserve toward Western policy makers. And, as Syria slips below the waves of international attention, such questions are increasingly likely to go unanswered.

As the insightful, balanced and erudite analyst of Syria, Aron Lund, has observed:

[A]s long as the basic northwest/northeast lines can endure, Syria is not a major conflict anymore, either in terms of lethality or political stakes or global attention … Syria matters –good policy can save lives and avoid worse outcomes. But Syria analysis, as a whole, needs to fix its sense of scale and realize major players no longer view/treat Syria as they used to. [If Russia, Iran and Turkey are] not fighting each other over it, just sort of pushing lazily while fidgeting with stabilisation, then it’s not a big international conflict. The fact it could relapse into chaos is a reason to stay attentive, but there are lots of places like that.

In short, the immensity of the Syrian tragedy should not lead to assumptions it will engage the attention of governments beyond present levels. The temptation to avert one’s gaze from the mess to which the absence of critical thinking, and questioning, in Western capitals has contributed is powerful. But those questions remain important in defining the sort of Middle East that Western countries would wish to see in coming decades.

Syria forces choices between bad and much, much worse.

There is a risk, moreover, that declining Western attention to the gridlocked Syrian conflict, including as a consequence of failure even to articulate their objectives, let alone to devise ways of achieving them in that context, will lead to tacit acceptance of existing policy settings that are fundamentally at odds with the values that Western countries espouse.

While Lund was making his observation, another objective and insightful observer of the conflict, Elizabeth Tsurkov, recounted how a friend from Quneitra in Syria had been arrested by the Assad regime, despite being part of a “conciliation” process. Tortured, crippled and starved he was eventually released through the payment of a huge bribe. He weighed 36 kilograms. This, Tsurkov pointed out, is what the Assad government means to Syrians who oppose it. And, she added:

Western governments are unwilling to do anything meaningful to curb Assad's abuses. The least they should do is protect the millions of Syrians living outside of regime control from falling into the grip of this mukhabarat-mafia state.

The demonstrated failure of Western countries to affect constructively the direction of events in Syria, including in respect of its human rights abuses, are a sobering reflection, in the first instance, of the agency of indigenous and regional forces inimical to Western interests in the Middle East. It is also true that there are no innocent parties to the Syrian conflict: some are merely more guilty than others.

But that does not absolve Western countries from their responsibility to address their part in the imbroglio from which they would prefer to move on. It is also in their interests to do so.

No Western government should abide policy goals that are pursued, in practice, through the collective punishment of the Syrian people. Falsely presented as a means of applying pressure to that odious regime, and perhaps for want of credible alternatives, the tacit acceptance of such collective punishment impacts almost entirely upon the Syrian population at large. It damages and degrades victims and perpetrators alike. It weakens the moral authority of Western voices seeking to call others to account for their abuses of power. It weakens the moral foundations of the international order, thereby damaging the interests of all but the most powerful countries benefitting from the predictability of that order.

It is fundamentally immoral to deny shelter to children, whether it be by the Assad regime seeking to punish its opponents, or the Russians seeking to control access to areas outside regime control, or politicians swayed by those who advocate such utterly futile policy approaches as a means of addressing their concerns about Iran.

Values are emphasised in foreign policy discourse for good reasons: if the goal is to save humanity from the scourge of war, the defence of ordinary people through the institutions created in the last century should shape policy objectives, development assistance and other advocacy. Syria should be no exception in that regard.

The defence of ordinary people through the institutions created in the last century should shape policy objectives, development assistance and other advocacy. Syria should be no exception.

Earning respect for such values among an emerging generation of Arabs is in the interests of the Western world. But it demands willingness on the part of governments to speak and act accordingly. And when increasing the vulnerability of children is accepted as a legitimate instrument of policy, and governments make no response to other abuses of the rights and dignity of ordinary people in the region, the message that is conveyed is that Western rhetoric about values is hollow indeed.

Of course, even the notion of calibrating an easing of sanctions and a return to more normal dealing with the Syrian regime with an amelioration in its behaviour toward its own citizens poses moral dilemmas. Who should judge how many people are to be spared from the gallows or torture (and for how long?) in return for an easing of restrictions on capital flows needed for reconstruction, fuel and food? Do political leaders really want to know if a deal with Damascus is being kept, if it enables them to send Syrian asylum-seekers home?

Ultimately, however, Syria forces choices between bad and much, much worse. And even as the focus of international attention and the media cycle move elsewhere, Western governments owe it to themselves, and their interests, and to Syrians, to be alert to the consequences of intellectual failure and moral neglect where Syria is concerned.

Previous Article
How can Australia reset relations with China?
Next Article
Economic diplomacy: Burning down the house

Despite aiming to promote regional stability, the grouping has struggled to find consensus after the coup in Naypyidaw.
Khang Vu 11 Jun 2020 16:30