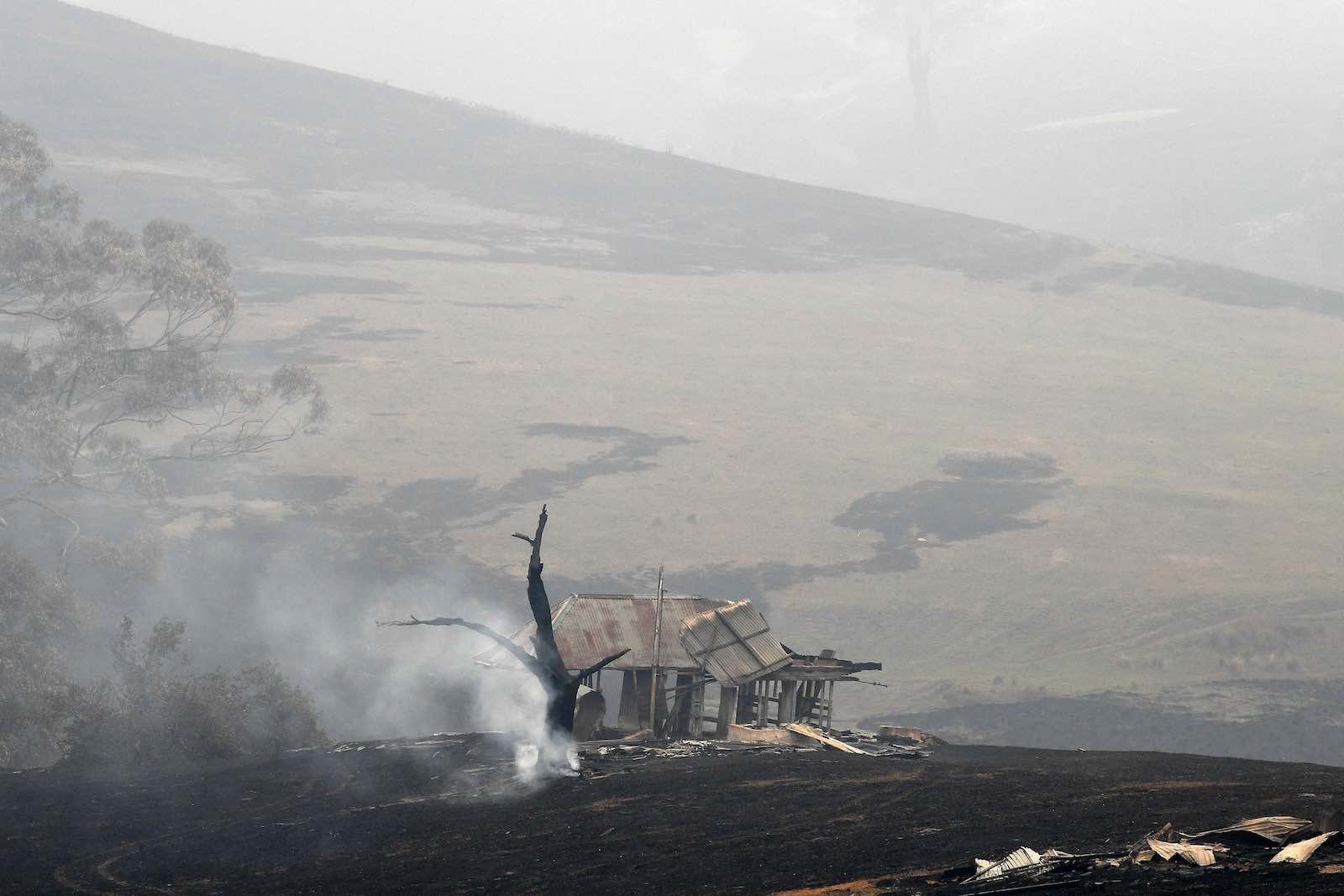 When Prime Minister Scott Morrison locked onto the existential message in this week’s United Nations climate change report it seems to have been about how foreign capital markets might turn on that national birthright – a home loan.

In an addition to his usual technology-not-taxes refrain, Morrison said: “I’m also very aware of the significant changes that are happening in the global economy. Financiers are already making decisions regardless of governments about this … I want to make sure that Australians can access finance.”

The initial five themes in a more expansive approach to economic diplomacy than the academic norm have proven to be gifts which keep on giving.

While the rise of China has naturally elevated military spending and values in international relations discussion, Morrison’s latest shift on climate change underlines how business remains a force in international policy making despite the fading enthusiasm for globalisation.

This Economic Diplomacy column started on The Interpreter five years ago this week with the aim of following how the rhetoric led by then foreign and trade ministers Julie Bishop and Andrew Robb about shifting from a “peace and security” paradigm to a new world of “peace and prosperity” would play out.

And now Morrison has given this a new twist by calling up one of the country’s biggest companies Telstra to do national service in the battle for influence in the Pacific with China.

But the initial five themes in a more expansive approach to economic diplomacy than the academic norm have proven to be gifts which keep on giving.

Morrison, in his earlier guise as Treasurer, blocked the sale of NSW power distributor Ausgrid to Chinese investors on the day this column was first published, setting the scene for what has turned out to be the most dramatic change in Australia’s international economic relationships since Britain joined the European Common Market.

It says a lot about how bad the official relationship now is that some businesspeople are down to hoping that the Beijing Winter Olympics next February might provide an opportunity for some common ground given Brisbane has won the 2032 Games.

But they are the same Winter Olympics that some members of the government want to boycott over China’s treatment of Muslim minorities.

Exporters have done unexpectedly well offsetting China’s coercive trade restrictions so far suggesting diversification may not be as difficult as it looked when China was taking a third of their products.

But Australia’s risk of being out of alignment with others in dealing with the world’s second biggest economy (by market value) was underlined last year when the stock of Australian foreign direct investment in China halved just as China almost overtook the US as the world’s biggest recipient of global foreign investment. (Note: Interim UNCTAD figures showed China did overtake the US).

The proposed takeover of Oil Search by Santos now underway is mainly a big deal in the gas industry. But it is also significant for relations with Papua New Guinea since Oil Search has long been the biggest Australian company there and runs the largest private development aid program.

Santos has sought to make a positive of this in its marketing of the merger to investors by declaring that “Oil Search’s unique social programs in PNG” would be a good fit with Santos’ broader environment and social governance commitments.

This quasi-development finance institution is being created on the run amid a winding back of independent evaluation of aid spending effectiveness.

Five years ago, Oil Search had just lost out on a big gas transaction in PNG but was nonetheless still doubling its funding for the Oil Search Foundation to $72 million over five years.

This sort of corporate support for the broader Australian interest in some regional countries is under pressure as some well-known companies have pulled out just as conventional aid spending was also being cut in many places.

The new approach has been to give Export Finance Australia extra capital and responsibility to encourage Australian business back into regional ventures which are seen to be in the national interest.

But like the merger of AusAID into the Department of Foreign Affairs and Trade, this quasi-development finance institution is being created on the run amid a winding back of independent evaluation of aid spending effectiveness.

Five years ago, an innovative partnership between peak business groups in Australia and Indonesia had just delivered the latest report from a sort of shadow trade deal exploration which they had going alongside the formal government negotiation.

It was timely because the Indonesian trade minister had just been dumped casting yet another cloud over the decades old quest for a closer economic relationship between the two near neighbours.

Despite these ambitions and the associated occasional political rhetoric, the old reality was that the two countries were in large part competing commodity exporters rather than easy economic partners, beyond the once large Australian aid program.

That is now changing with services playing a bigger role in trade, the much-vaunted consumer market evident in Indonesia and opportunities for joint ventures, even extending into third countries.

The trade deal has now been in place a year, a new program has been launched to foster economic cooperation and the Morrison government is set to launch a trade and investment blueprint to draw attention to the new opportunities.

This new era of business links which stretch back beyond an investment agreement in the 1970s has taken on fresh urgency with the need for trade diversification from China and the need for some deeper economic ballast to a strong government-to-government relationship.

When then trade minister Steve Ciobo joined a meeting of Southeast Asian economic ministers this time five years ago, he was accompanied by Australian business representatives at this event for the first time.

Business groups from some other ASEAN partner countries such as the US ASEAN Council had done this previously, but the fragmentation of Australia’s Asia-focussed business councils meant they didn’t have this access.

While two thirds of Australian exports go to Asia less than 10% of investment goes there. Last year a survey showed that only 22% of Australian-owned offshore subsidiaries are located in this fast-growing region, which is the same as 15 years ago.

While the Productivity Commission is better known for controversial studies on disability insurance or skills training it has also quietly plugged away at trying to shine a cost/benefit lens on often opaque trade and security policies.

The idea of more inter-business cooperation with government on regional expansion has been kicked around for years with Singapore’s Economic Development Board and Japan’s JETRO eyed-off as role models. But this runs up against competitive impulses.

So, it is interesting how the term Team Australia has been appearing in the current government’s commercial diplomacy agenda following its advocacy in a report on Asian business from the Business Council of Australia and Asia Society Australia.

Co-incidentally Brand Australia has taken a hit from the poorly received new logo showing how the Singapore corporatist model of economic diplomacy is not so easy to replicate.

Telstra seems to have been co-opted to join the bid for Digicel Pacific but if this deal comes off, it is bound to be lauded as Team Australia at its finest so far.

Measuring the impact of pulling the diverse levers of hard, soft, economic or diplomatic power in international relations is more difficult than in other areas of government policy making due to lack of agreed benchmarks and often long-time frames.

This has been at the heart of the long running Canberra tussle between economists and security analysts over China where the balance of power has shifted to the latter in the years between the 2013 Asian Century White Paper and 2020 Defence Strategic Update.

With defence spending now running at ten times aid spending and projected to overtake the cost of the aged pension there is a case for more transparent comparative analysis. While the Productivity Commission is better known for controversial studies on disability insurance or skills training it has also quietly plugged away at trying to shine a cost/benefit lens on often opaque trade and security policies.

Five years ago, it was on the case questioning the value of building the new submarines in Australia and the use of Investor State Dispute Resolution provisions in trade deals.

These days the Commission is at the frontline of the debate about reshoring manufacturing and stockpiling driven by the pandemic toilet paper queues and fading enthusiasm for globalisation with a supply chain report due to be released.

Show Comments
Previous Article
Syria: The consequences of intellectual failure and moral neglect
Next Article
Taiwan: The age-old question of who gets a vote