Brisbane will host the Olympics in 2032 but the starter’s gun has already sounded in the cost versus benefits contest. 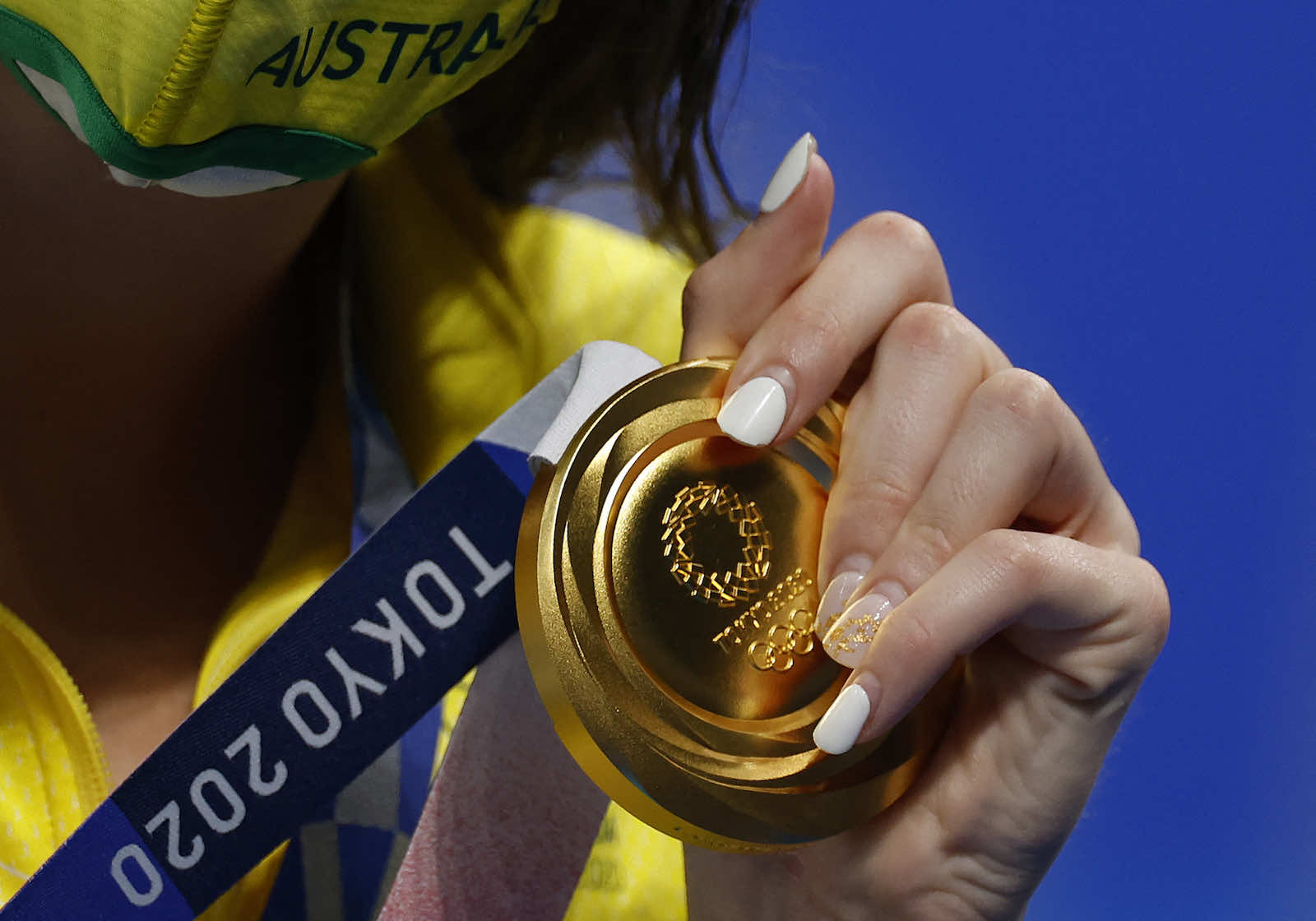 Prime Minister Scott Morrison last week became the latest national leader to bank the immediate short-term political benefits from the projected long-term economic and soft power value of hosting the Olympic Games. Morrison declared after Brisbane won a competition against no obvious alternative bidder: “Once you’re an Olympic city, you know, that’s your Olympic city. You’re on the international map.”

But the fact these benefits won’t actually be fully totalled up for just over 20 years according the KPMG study underpinning the successful Brisbane bid means this is something that can be cherry picked by politicians on demand for years.

A 2016 study concluded the costs and political risks hosting the Olympics may be better suited to countries wanting to demonstrate rising power rather than spending public money well.

Nevertheless, for a country which shelved a long-running soft power review last year but is now trying to elbow its way up into an expanded Group of Seven liberal democracies, winning the Olympics is objectively a step up the global pecking order.

The Brisbane Games 2032 means Australia will rank equal second with France and the United Kingdom as a host of three Summer Games behind the US, which by that time will have hosted five. Even when the Winter Games are taken into account, the 13th largest economy on the world’s driest continent manages to slalom in at equal fourth.

And that is an even better hosting medal count than Australia’s typical Summer Games real medal tally – the lower end of the top ten countries, number five so far this year.

Having now outperformed in the hosting competition, Brisbane and Australia – since this is now an official joint venture unlike the NSW-run Sydney Games – are now joining two other national reputation competitions.

The “long jump” is to be the first city to produce a successful event under the International Olympic Committee’s new selection procedures, which aim to weed out corruption in the bidding process and over-spending on infrastructure by using a preferred bidder system.

In the meantime, despite emerging from the much-maligned old system, Paris would seem to be in a sweet spot for hosting in 2024, picking up the pieces from Tokyo’s pandemic afflicted event.

They suggest embarking on the geopolitical diplomatic bunfight of all time – agreeing on a permanent Olympic site.

Then Los Angeles seems to have been used as a safe habour for the IOC in 2028 with the relatively recent experience of running a financially viable event in 1984 and even earlier in 1932.

The IOC arguably has even more at stake than Brisbane in ensuring that its new managed selection system is seen to be successful in 2032. So, both parties have a common interest in refining a Brisbane model.

And that is because the other reputation competition is a “marathon” against the steady series of academic studies over the past couple of decades which have cast doubt on the ability of host cities to run the event on budget and produce the promised benefits.

For example, in 2016 the Oxford Olympics Study concluded that the Olympics have the highest average cost overrun of any type of megaproject with cost overruns found in all Games to that point. The researchers found:

For a city and nation to decide to stage the Olympic Games is to decide to take on one of the most costly and financially most risky type of megaproject that exists, something that many cities and nations have learned to their peril.

The latest contribution to this analysis comes from two long time Olympics economists Victor Matheson and Rob Badde in the latest edition of the International Monetary Fund’s Finance and Development journal. They strongly endorse the IOC’s new preferred bidder approach but question whether it will even be enough to save the event from the voracious demand for new infrastructure to accommodate ever expanding events, tourist needs and security.

The burden of expectation on the Brisbane model couldn’t be clearer from their conclusion: “Skyrocketing price tags and disproportionate revenue sharing have generated Olympic resentment rather than reward. Without a sustained commitment by the IOC to provide cities a reasonable chance to benefit, the future of the Olympic Games is in jeopardy.”

Their solution is more regional sharing of the event like the 2002 FIFA World Cup in Japan and South Korea – which, however, didn’t improve relations between those two countries. Or they suggest embarking on the geopolitical diplomatic bunfight of all time – agreeing on a permanent Olympic site.

KPMG estimates that the “uplift” in international trade and tourism from the Brisbane Games will result in a GDP increase of $8.5 billion. That compares with current annual GDP of $1.7 trillion and annual exports of $475 billion, which includes tourism of $16 billion.

With Japan’s hopes of using Olympics tourism to drive a more open services economy in tatters due to Covid-19, the KPMG report makes some interesting assumptions about how Australia will recover from the pandemic.

It says Australia may be viewed more favourably as a tourist destination because of its response to the pandemic and that a post-Covid “bring forward” of tourism will be more beneficial to the industry than the more normal steady flow of tourists after the event.

In the case of broader trade beyond tourism, the report similarly argues that the remaking of trade post-Covid to diversify supply chains, build stockpiles and go digital means that Australian businesses can use the Olympic aura to take advantage of this structural shift. And so, identifying a silver lining in the pandemic sow’s ear, it argues:

the potential trade related benefits of hosting the Games are likely to be greater than would have been the case in the absence of the Covid-19 pandemic. This is because the global exposure provided by the Games may be more valuable to businesses.

This relative optimism about hosting the Games after the financial disaster, with political consequences for Prime Minister Yoshihide Suga, unfolding in Japan adds a new dimension to the debate about the Olympics and trade.

A 2009 study by Andrew Rose and Mark Spiegel found that the Games do appear to have an identifiable and sustained impact on national exports by host countries although this also seemed to be the case for the unsuccessful rival bidders. So, they theorised that wanting to host the Olympics was actually an indicator that a country is globalising and “that bidding to host an international mega-event such as the Olympics is part of a costly strategy that signals trade liberalisation and results in increased openness.”

So, this might be Brisbane emerging from the traditional shadow of Melbourne and then Sydney as Australia’s globalisation hub.

But a 2012 study by Wolfgang Maennig and Felix Richter found that when Olympic hosts and their respective losing bidders where properly compared with peer countries not interested in the hosting competition, the Olympic signal about being more open disappeared.

In a caution for the KPMG thesis, Maennig and Richter concluded: “There might be good reasons to bid for the Olympic Games, but our results provide a warning that the hopes for export growth should not part of rational motivations.”

In an earlier 2016 study Matheson and Badde drew attention to how the costs and political risks hosting the Olympics meant they may be better suited to countries wanting to demonstrate rising power rather than spending public money well. They wrote:

In countries where the government is not accountable to voters or taxpayers, it is quite possible for the government to engage in wasteful spending that enriches a small group of private industrialists or government leaders without repercussions.

And so, China’s successful bid for the Beijing winter Olympics next February came after the liberal western democracy rival bidders Oslo, Stockholm, Krakow and Munich withdrew.

But the medal winning test of fortitude might come later this year as the momentum grows for a boycott in some form on the Beijing Games in protest against China’s treatment of Muslim minorities in Xinjiang. How the latest winner of the coveted Olympic city mantle handles this challenge with the Australian public mood towards China turning sour will be interesting.