Taiwan: The age-old question of who gets a vote

A proposal to lower the voting age to 18 leaves the electorate surprisingly apprehensive – even younger Taiwanese. 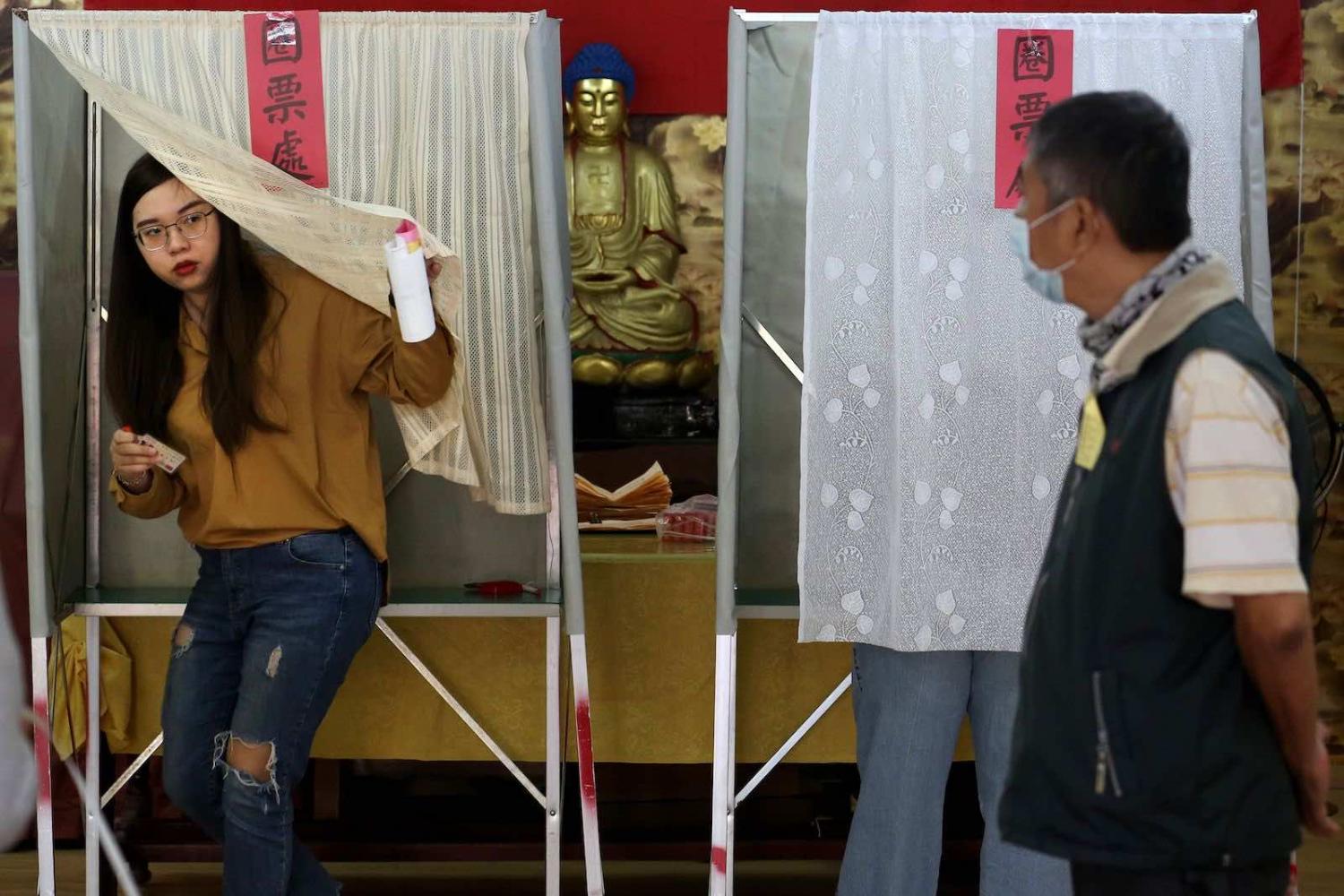 Taiwan is often held to be a beacon of progressiveness due to its legalisation of same-sex marriage and its efforts at gender equity. However, in terms of voting laws, Taiwan lags behind. The voting age in Taiwan is 20, unchanged since the 1947 constitution. Only 11 countries have a voting age above 18, including several of Taiwan’s neighbours in Asia (Malaysia, Singapore, South Korea, and Singapore).

In March 2020, the opposition Kuomintang (KMT) party proposed a constitutional amendment to lower the voting age to 18, with KMT Deputy Secretary-General Ko Chih-eh stating this would signal the party’s commitment to reform and closing the age gap in party support. This contrasts with earlier intra-party disputes about lowering the age. Because younger voters lean towards the Democratic Progressive Party (DPP), a sudden increase in younger voters could have a negative impact for the KMT. In September 2020, Taiwan’s Executive Yuan proposed reducing the vote age to 18 ahead of the 2022 local elections, allowing an additional 800,000 to vote in a state with 18.8 million registered voters, potentially an over 4% increase in eligible voters.

While lowering the voting age would make it more consistent with global norms, without other voting reforms, the likely result is a marked decline in voter turnout.

There’s no doubting youthful enthusiasm for politics in Taiwan. Young people have already led political movements and helped facilitate political change. For example, the 2014 Sunflower Movement, which relied on students and young Taiwanese citizens pushing a more progressive direction. Student activists protested a free trade agreement with China, and broader issues of democracy, garnering widespread support. Additionally, many Taiwanese students have been inspired by the Hong Kong protests to engage in politics, hoping to ensure Taiwan maintains freedom from Chinese influence. Many youth voters in other countries do not experience the same existential threat in the way China is seen in Taiwan, which may encourage them to vote and remain active in politics.

The question remains, however, whether the public supports lowering the voting age? A survey in 2014 found that more than 80% of Taiwanese ages 16-20 supported a reduced voting age of 18, but few surveys have asked about broader public support.

Typical arguments against lower voting ages claim such a move does little to increase political maturity and that younger would-be voters are not fully autonomous, often having limited work or ownership experience, and thus have less of a vested interest in the electoral process. As democracies globally have seen declines in turnout, opponents argue that expanding the electorate would only exacerbate the issue. For example, when Japan lowered the voting age to 18 from 20 prior to elections in 2016, youth interest and youth vote lagged behind older voters. Interestingly, in 2008 Japan saw broad citizen disapproval of lowering the voting age (57%), including from those 18–20 years old, but by 2015 (a year before the law was implemented), disagreement had fallen to just 39%.

Proponents of lowering the voting age argue that low turnout among the youth vote is more a function of parties’ lack of engagement with these voters. Expanding the franchise, supporters of change argue, while youth are still in school, often in classes emphasising civic engagement, will increase turnout. This view is supported by evidence from Austria, which allows 16-year-olds to vote. Lowering the voting age may also have broader impacts on party politics, adding more pressure for parties to appeal to younger voters. In Taiwan, lowering the voting age could push the KMT to reform its platform, which might be vital if the party wants to remain electorally viable.

While politicians are ready for policy change, citizens are more apprehensive.

To explore public sentiment, a freely available dataset is available from the National Chengchi University’s Election Study Centre, considered to be the preeminent survey outlet in Taiwan not connected to a news outlet or political party. The most recent wave of its ongoing Taiwan’s Election and Democratisation Study (TEDS) was conducted January–May 2021 and released for public analysis on 31 July. The survey asks this question: “Some people say, “We shall lower the voting age of elections for government officials from 20 to 18”. Do you agree or disagree with this statement?”

The results show a split electorate, with 44.75% supportive of lowering the age. However, in further analysis of the findings clear partisan differences emerge, with clear majorities of DPP supporters agreeing with a voting age of 18 (58.31%) while over two-thirds of KMT supporters (68.54%) oppose a change.

Seeing that the DPP has been more successful in mobilising the youth vote, these patterns should not be surprising. For example, during the 2020 election, 57% of young voters (age 20-29), voted for President Tsai Ing-wen, compared to 12% that voted for the KMT candidate. However, lowering the voting age may create the impetus for the KMT to recalibrate efforts at appealing to this group before voters develop strong partisan attachments.

Surprisingly, when broken down by age cohort, there is little variation across groups, with no age cohort having a majority in favour of lowering the age. Even among the group that would directly benefit, those aged 18 and 19, support is not notably stronger than any other age group. This contrasts with the 2014 survey that suggested around 80% of respondents in this group would support changing the law.

While lowering the voting age would make it more consistent with global norms, without other voting reforms, the likely result is a marked decline in voter turnout. Taiwan still does not allow for absentee voting, requiring voters to return to their district to cast a ballot. This creates an additional hurdle, particularly for tertiary students far from home, which would include a significant number of 18- and 19-year-olds. Absentee ballot reforms have been proposed for nearly 20 years, yet concerns over electoral integrity, especially regarding Taiwanese voters in China, have stymied such efforts.

Taiwanese politicians appear ready to lower the voting age to 18, even among the KMT that has struggled to maintain youth support. While politicians are ready for policy change, citizens are more apprehensive. Older voters might feel concerned that young Taiwanese are not ready for the responsibility that comes with voting, yet student movements, such as the 2014 Sunflower Movement, have shown that some young Taiwanese are excited to get involved in politics.

Some voters may also be concerned that their voting influence will be diluted with an expanded electorate, especially if their preferred parties cannot adopt to appeal to this demographic. Nevertheless, reducing the voting age would bring Taiwan in line with most democracies and provide a means to encourage civic engagement of younger citizens.

In the Philippines, activists increasingly face a “living hell”

Victims of “red tagging,” or the false branding of activists as communist insurgents, can be fatal in the Philippines.
Chietigj Bajpaee 24 Jan 2018 13:40

The China factor in India’s commitment to ASEAN

India's position on ASEAN reflects an ambition to create a bulwark against the emergence of a Sino-centric regional order.
Samriddhi Roy 23 Aug 2022 09:00

Why governance, blue bonds and women are critical to a thriving ocean-based economy.