Time on station or a numbers game? The answer depends on the mission for Australia’s submarine fleet. 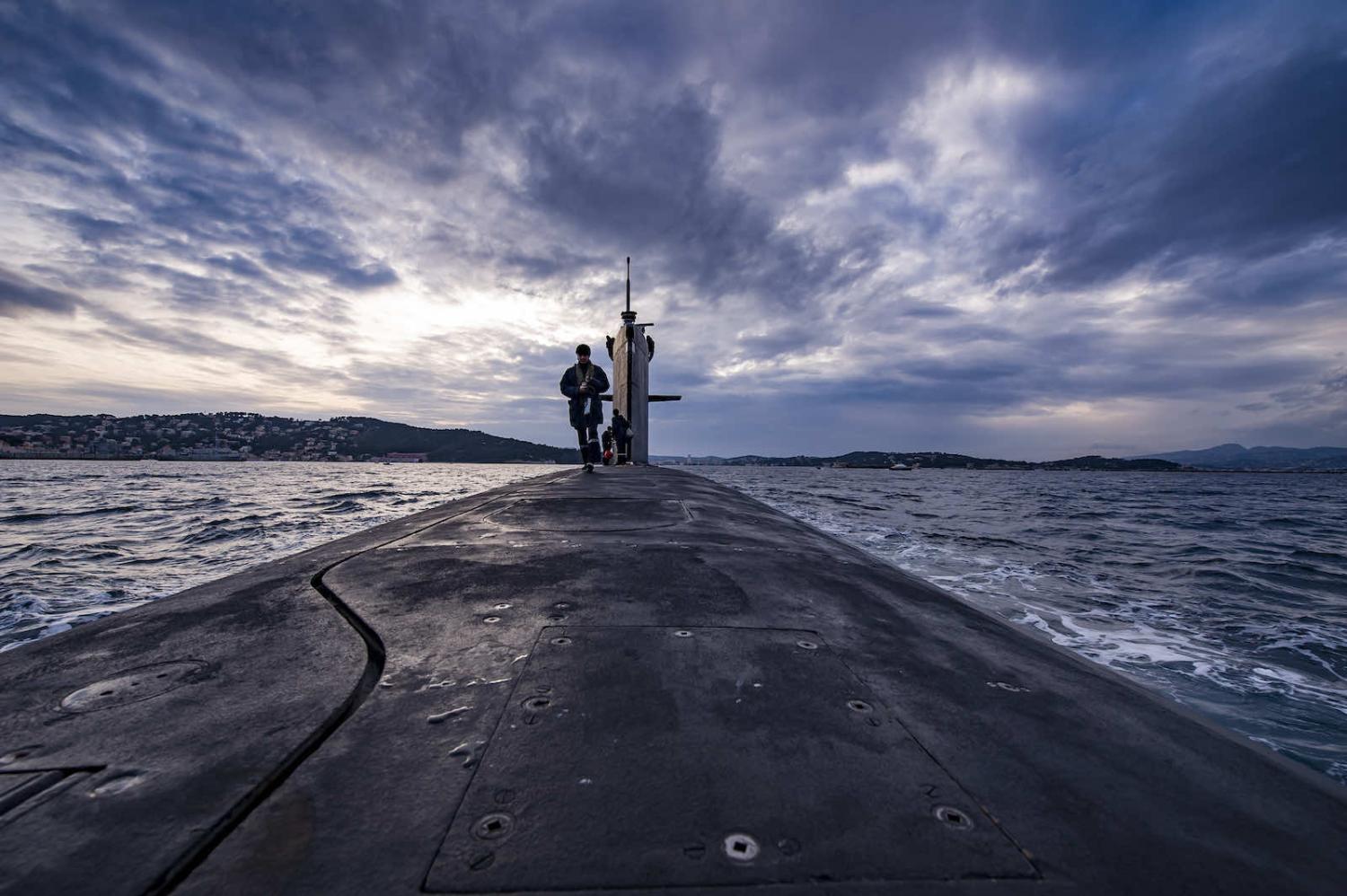 Are nuclear-powered submarines better – more cost-effective – for Australia’s operational needs than conventionally-powered ones? This is one of the many questions that deserve a bit more attention than they have received since Scott Morrison’s AUKUS coup. Let’s agree that the French project was an irredeemable dud, which had to be abandoned. But are nuclear-powered submarines (SSNs in clunky but convenient navy-speak) the right way to go, or should Australia be looking for a new and better way to buy a new fleet of conventionally-powered boats (SSKs)?

The answer is not simple, but it is far from clear that SSNs are a better bet operationally than SSKs for Australia in the decades ahead. Their relative merits depend on four key questions.

First, it depends what Australia is buying subs to do. If their primary role is to support America in a war with China then SSNs are probably the way to go, because they are unbeatable in the main task that America would want Australian subs to help perform, which would be to help find and kill China’s subs near their home bases. But if the main role of the new boats is to defend Australia and its near neighbours independently, then it is not so clear.

It is a question of how many submarines Australia can keep on station in the key areas of operations for every billion dollars that is spent.

This is not the place to argue the merits of these competing versions of Australian national strategy (I’ve done that here). But it is worth noting that the time Australia would really rely on subs would be when facing China (or another great power) alone. If America remains a major power in Asia, it doesn’t really matter what subs Australia has because America will be there. If it doesn’t remain a major power, subs will be a vital part of all that stands between Australia and the People’s Liberation Army. So it makes sense to optimise Australia’s subs for Australia’s defence.

The second question concerns how Australia would use subs in defending itself. Subs can do a lot of things, but their core role is to sink the adversary’s ships and submarines. What kind of subs do this best depends on whether ships or subs are the primary targets. That in turn depends on whether Australia’s overall maritime operational aim is sea control or sea denial. If Australia wants to project power by sea itself, then it needs to achieve sea control, and the best way subs can contribute to that is by sinking the adversary’s submarines.

They do that by deploying as close as possible to the adversary’s submarine bases, because that is where their subs are easiest to find. That means Australia’s subs must do long transits to the operational area. SSN’s have the advantage, both because their higher speed means they can do those long transits faster, and because not having to snort to charge their batteries allows them more easily to evade the high-intensity anti-submarine warfare (ASW) operations that the adversary would maintain around their submarine bases.

But things are different if the main aim is not to project force against the adversary but to stop them projecting force against Australia, and that must be the reality for a middle power facing a great power. The aim then is sea denial not sea control, and the primary role for subs is not to sink their subs but to sink their ships. Ships are easy to find so there is no need to hunt them near their bases. They can effectively be attacked in choke points such as those that punctuate the archipelago to Australia’s north, which are a lot closer to Australian bases, so transit times are less.

In practice, the length of time an SSN can spend at sea is no greater than an SSK, because the key limits to endurance are not fuel but crew fatigue, food and in a hot war, weapon stocks.

Whether SSNs are more cost-effective than SSKs depends on a third issue. It is a question of how many submarines Australia can keep on station in the key areas of operations (AO) for every billion dollars that is spent. SSNs and SSKs carry essentially the same weapons and sensors, so either kind of boat is equally capable of sinking a ship once the targets are in range. Thus how many ships Australia can sink depends a lot on how many boats it has on station, and that in turn depends on several factors; how many boats are in the fleet, how many of those are available for operations at any one time, and how long it takes them to get to and from the AO.

On fleet size, SSKs are (or should be) clear winners. It seems from the Morrison government’s very sketchy statements that Australia will get eight SSNs for somewhere about the $80–90 billion (through-life costs) that it was expecting to pay for the 12 Attack-class boats under the old deal. Let’s say then that Australia will pay $100 billion for eight SSNs. In 2016, the Germans were reportedly offering an SSK meeting the needs of the Royal Australian Navy (RAN) for around $4 billion through-life each. If so, Australia could buy 25 SSKs for the same cost as eight SSNs.

It is hard to judge which kind of submarine has better operational availability, but there is no reason at all to assume that SSNs have an advantage here. On the contrary, the technical and safety demands of running a nuclear power plant suggest that they would spend more time in maintenance than SSKs.

But then SSNs are clear winners on transit times. They can travel much faster underwater than SSKs, so they can reach a distant AO sooner. In theory, once there, an SSN can stay on station longer because it does not need to refuel, but in practice the length of time it can spend at sea is no greater than an SSK, because the key limits to endurance are not fuel but crew fatigue, food and in a hot war, weapon stocks.

The key question then is whether an SSN’s faster deployment time makes up for the fact that Australia would have fewer of them. It depends on how distant the AO is from base, and on their difference in deployment speeds. Let’s do a quick back-of-the-envelope on this. Say for the sake of argument that the AO is in the archipelago, 2000 nautical miles from the main base at HMAS Stirling in Western Australia.

An SSK transiting at around four knots takes say 20 days to get to the AO and 20 days back, so it spends 40 days of a 90-day mission in transit and 50 days on station ready to fight. An SSN transiting at 20 knots only takes five days there and five days back, so it is on station for 80 days of a 90-day mission. Eighty days versus 50 days looks like a big advantage. But if Australia had three times as many SSKs available, it’d get a lot more submarine-days on station from a $100 billion investment in SSKs than in SSNs. That means Australia would have more subs in more places, able to find and sink more ships.

But would the SSNs be more effective in their missions once they were in the AO? This is the fourth question Australia needs to consider. SSNs have important tactical advantages over SSKs. Their speed means they can chase their targets, while an SSK must wait for the target to come within range, which is a big plus. An SSN can also run from danger if it is being hunted, and it is less likely to be detected because it does not have to snort. But these advantages weigh less if Australia does not intend to operate on the adversary’s doorstep. In a well-planned and -executed attack on an adversary task group far from the adversary’s home bases, the ASW is unlikely to be good enough to detect an SSK anyway. If so, the SSNs advantage in survivability would not outweigh the SSKs advantage in numbers. “Only numbers annihilate,” as Admiral Nelson once said.

So let’s not assume that, all other things being equal, an SSN fleet is necessarily better operationally than an SSK fleet. And, of course, all other things are not equal. Issues of risk, schedule, local content and sovereign control also come into it, and on all those grounds the SSK should win hands down, if Australia could only manage their acquisition with a modicum of common sense.