How strong is Duterte the strongman?

Entering his last year in office, the Philippine president’s campaign promises ring hollow. The question is what’s next. 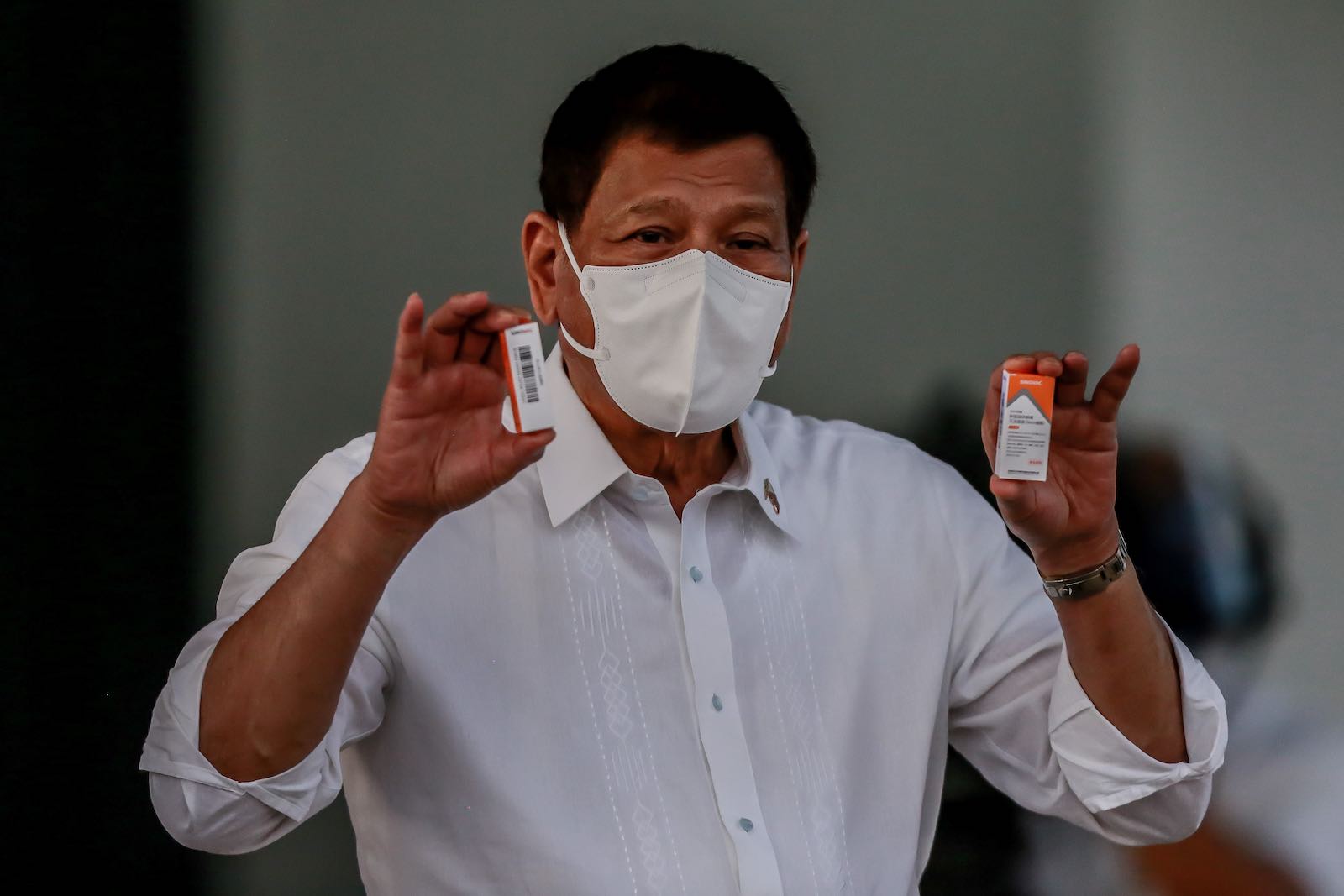 The 2016 presidential race in the Philippines looked like the perfect time for Rodrigo Duterte to come to power. The country was coming off of Noynoy Aquino’s soft and ineffectual presidency, and there was a sweeping sense that voters were keen on the unconventional. In stepped Duterte, who spoke in cutting quips and larger-than-life one-liners – a marked change from the allegorical speeches of traditional politicians.

Duterte made it seem as though the nation’s issues had become needlessly complex, whereas the straight-talking action man acted like he never met a problem that couldn’t be solved without shooting at it. He made bold claims early on in his presidency. Where others had spent years stumbling around, he promised quick-fix solutions.

At the onset, Duterte pledged to erase the illegal drug trade from the country within the first year of his term. The so-called war on drugs, colloquially dubbed “Oplan Tokhang”, famously targeted low-level drug users and dealers, punishing them with summary executions. The estimated death toll of Oplan Tokhang has been recorded at around 30,000. In April 2019, Duterte admitted that it was impossible to control the problem, even after ordering so many killings.

The incumbent administration may be politically weak and increasingly isolated, but it also has the entire state machinery at its disposal.

Most of the victims came from impoverished backgrounds. The cartels and the drug lords, however, have emerged intact. There is rarely a report of an arrest or conviction of the big-time criminals. When there is, the suspects are afforded a leniency that insults the poor families left behind by the slaughter. In March 2018, the Department of Justice dropped charges against 22 of the biggest drug kingpins in the country. In August 2019, the same happened to four Chinese drug lords. It was revealed that their release and deportation happened under discreet circumstances.

Cleansing the bureaucracy of corruption was also slated for Duterte’s first year in office. But perhaps the best indicator of how this fared was a whistleblower’s allegation that officials of Philhealth, the country’s public health insurance system, embezzled 15 billion pesos (A$400 million) at the height of the Covid pandemic. Moreover, the Philippines’ ranking in Transparency International’s Corruption Perception Index dropped from 99 in 2018 to 113 in 2019, and to 115 the following year. If anything, the regime has taken insignificant actions such as removing some officials – only to reassign them to other positions. But convicting someone for betraying the public trust and stealing public funds remains unlikely to happen anytime soon.

During the campaign period, Duterte’s popularity shot up when he vowed to fight for the Chinese-contested West Philippine Sea, riding a jet-ski over the waters holding a Philippine flag. This was boosted by the International Court of Arbitration ruling in favour of the Philippines in 2016. But after repeated incursions by China, including the most recent ones by hundreds of vessels, Duterte has remained mum on the subject. He challenged a dissenting former Supreme Court justice to debate on the matter, and then backed out less than 48 hours later, implying it was beneath him. Duterte also recanted the “jet-ski promise”, saying it was a joke and those who believed him were “stupid” to do so.

In December 2018, and in so many subsequent pronouncements, Duterte swore that the Communist Party of the Philippines (CPP) and its guerrillas in the New People’s Army (NPA) would be liquidated by the end of his term. So far, tactical offensives by the rebels continue unabated. Many of the efforts of the military and police centre on weeding out critics and possible insurgents. That means targeting unarmed civilians, much to the public’s chagrin. There is yet to be a report of any NPA unit liquidated by the authorities. The biggest victories they have laid claim to are the periodic scores of surrenderers paraded out in press conferences. However, many of these events have been exposed as publicity stunts. Civilians have been duped into attending a gathering of surrenderers, others were allegedly paid to act the part, and the images released by the state’s official social media accounts were revealed to have been doctored.

Too often, the regime has banked on the fear of what it might do, rather than the strength of what it actually achieves. Too often, ordinary Filipinos have felt the brunt of the regime, instead of the enemies it promised to confront. Doing so indicates that they would much rather bully the people into submission until the public forgets the promises made in the first place.

There is no official announcement yet on the slate of presidential candidates for 2022. But among those drumming up noise are a slew of career politicians (including boxer and senator Manny Pacquiao) and the President’s daughter Sara, who has yet to receive official backing from her father. With a year left on Duterte’s term, what will people be looking for when it’s clear that a strongman has no muscle?

One obvious answer would reside in the dissident political forces. However, a strong unilateral opposition has yet to be mounted. Militants have reached out the farthest among liberal and even conservative groups,  but the Church and, crucially, Vice-President Leni Robredo – whose popularity has been boosted by her many tirades with Duterte – remain unforthcoming about their electoral aspirations. Robredo has only gone as far as saying the opposition must unify behind a single candidate.

All the failures mentioned above, especially Chinese intervention, will be serious points of contention in the next elections. Robredo blasted Duterte for his blatant “pro-China” position, as have many progressive groups for the last few years. The drug war will likely die with the Dutertes’ political careers. Corruption will continue to be a sticky issue.

And the insurgents will want to negotiate peace, but how sincerely any incoming administration will receive these talks is still anybody’s guess.

The incumbent administration may be politically weak and increasingly isolated, but it also has the entire state machinery at its disposal. Its decreasing regard for public perception, while favouring brute force to consolidate its power, tells us one thing: they fear backlash from the people more than the people fear them.