The eldest son of Prime Minister Hun Sen is being groomed to take over, but still has to convince key political players. 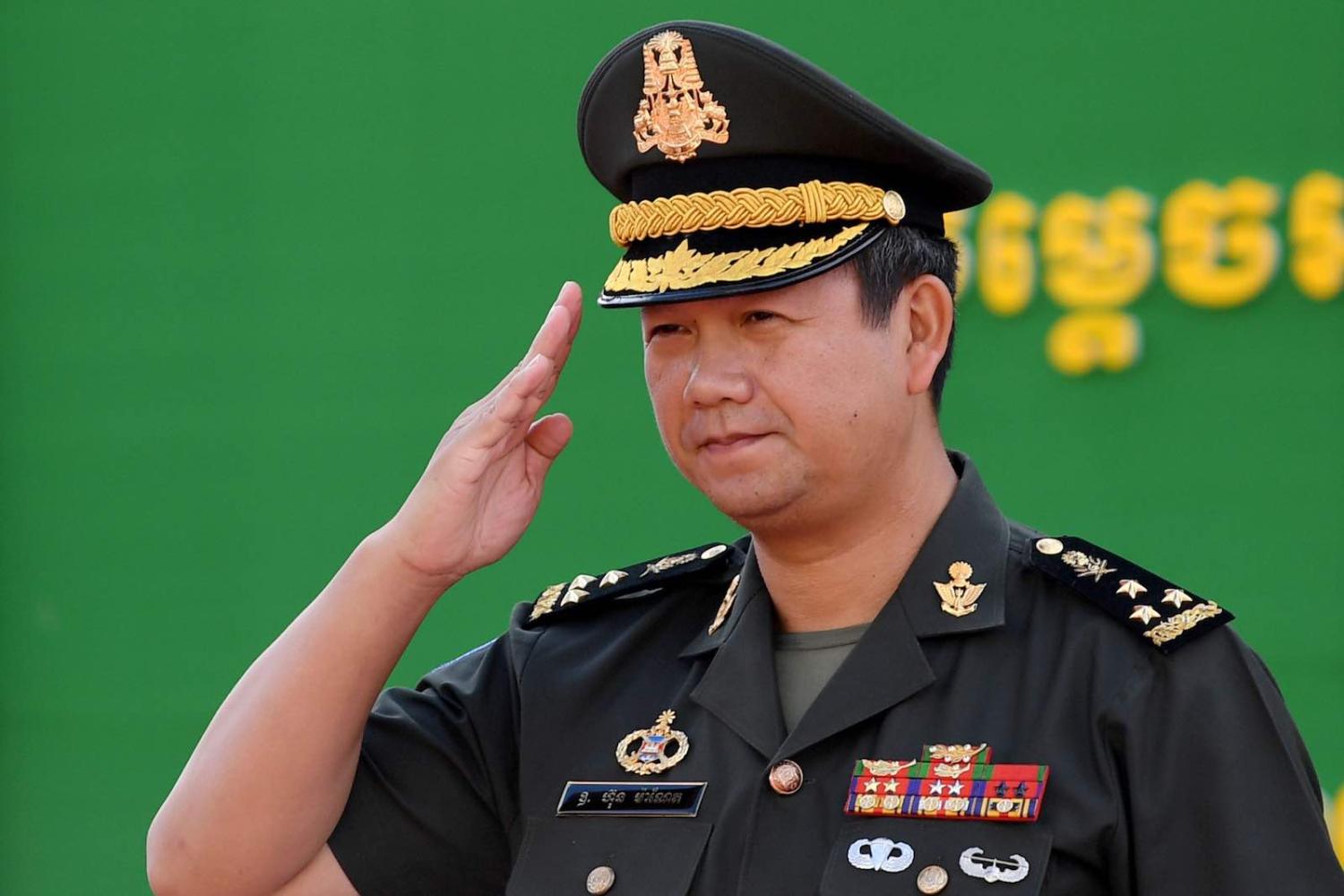 This week, Cambodia’s Prime Minister Hun Sen confirmed what has long been suspected, that he is grooming his eldest son, Hun Manet, for leadership of the country. “As his father,” Hun Sen declared, “I have to support my son and train him so that he is capable”.

Not that Cambodia is likely to see a handover to a successor soon. Hun Sen also made clear he intends to continue in the top job for another ten years. Widely seen as a “strongman”, Hun Sen has been Cambodia’s prime minister since 1985.

Hun Manet, presently a three-star general in the Royal Cambodian Armed Forces*, has been the subject of speculation after speculation that he will be the next non-royal crown prince in Cambodia’s politics. In recent years, he has received a series of high-profile promotions. In 2018, he was promoted to the second-highest rank in Cambodia’s military. Later, he was voted into the Cambodian People’s Party (CPP) permanent committee. This month, he was promoted from a deputy to head of the CPP’s central youth wing.

No matter how hard Hun Manet has tried, no matter his education or competence, militarily or politically, he remains shadowed by his father’s fame, infamy and power.

Hun Manet was educated in the US and the UK. He received a bachelors degree from West Point in 1999, a masters from New York University in 2002, and a doctorate from the University of Bristol in 2008. All degrees were in economics.

Hun Manet appears quite popular among youth of the country. He is highly educated, seemingly well-mannered and approachable. Nice. On Facebook, he has about 750,000 followers.

He is a head of the CPP’s overseas youth working group and before the Covid-19 pandemic had often travelled abroad to garner support from Cambodians and students living and studying overseas. Such trips were also often beset by protests about the state of Cambodian democracy, yet Hun Manet appears to have built a reasonable level of PR among his supporters, seeking to mitigate negative attitudes towards his father, who is well known for his iron-fist rule.

As Hun Sen’s son, establishing a good personal political brand name is difficult for Hun Manet. No matter how hard he has tried, no matter his education or competence, militarily or politically, he remains shadowed by his father’s fame, infamy and power. Hun Manet’s recent promotions, although he may have earned them on merit, are more likely to be seen as part of Hun Sen’s grand plan to hand power to his son.

Hun Sen, for his part, has said his son will only take over if Cambodians support and vote for him at an election. Yet to observers, such a ballot is not really a barrier. Hun Sen has already demonstrated the resources and power at his disposal to make sure any election will favour his choice. The issue for Hun Manet, analysts argue, is to gain the support from elites within the ruling party.

Hun Manet, 43, is still young compared to political veterans in the CPP. To earn their backing, Hun Manet must strengthen his reputation both inside and outside the party circle. He has to assure his seniors on the CPP permanent committee that he has the capacity to lead, potentially outperforming his father, and that he will appeal to young Cambodians, who make up about two-thirds of Cambodia’s 16.7 million population, where there is hope, albeit not much, that the country’s political development may be leaning towards democracy.

Hun Sen is now 68 and has led Cambodia for more than three decades. As a veteran political tactician growing old and less popular, especially among young people, Hun Sen probably wonders how he can exit from politics without negative consequences. Even though he has said that his ruling party will remain at the helm for up to a century, he cannot be sure that either he or his family will be secure after he steps down.

This apprehension seems to be key in shaping Cambodia’s politics in the years ahead. For now, without much obstruction from the opposition, Hun Sen appears confident and ready to anoint Hun Manet as his successor.

* An earlier version of this article mistakenly referred to Hun Manet as a four-star general.

Japan is again hunting whales. What can be done?

As G20 leaders gathered in Osaka, Japan let loose the whalers and the international response has so far been muted.
Milton Osborne 16 Nov 2016 10:37

Even those who previously supported the government are tiring of the CPP.