The strongman has anointed his son as successor – after an election, of course. 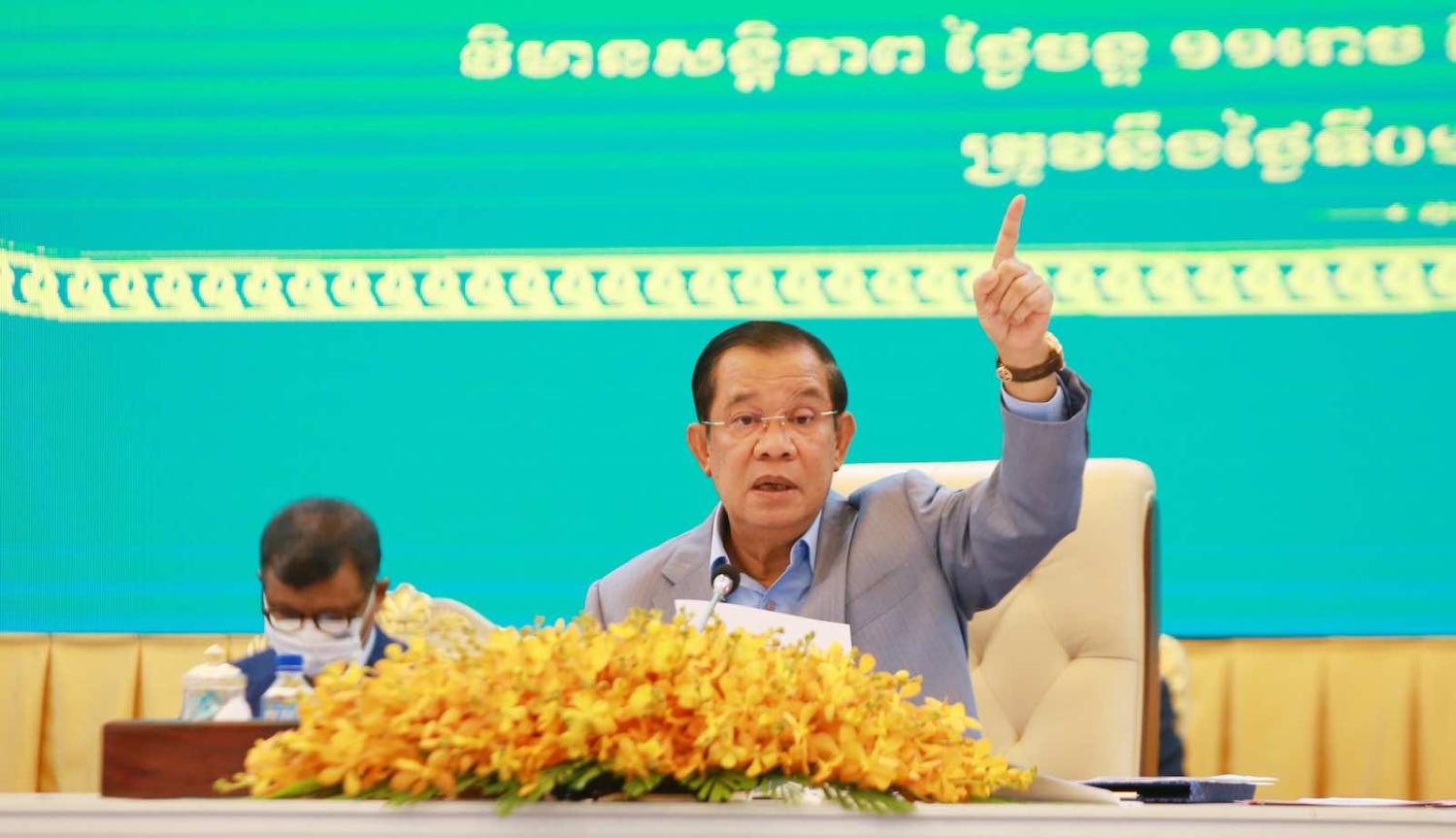 While Cambodia’s Prime Minister Hun Sen has kept the artifice of democracy in the country, with local commune elections to be held next year, his rule has been defined by illustrations of just how easily he can seize an opportunity to further secure and solidify his family’s power.

On 2 December the strongman gave a speech announcing that he would support his son, 44-year-old West Point graduate Hun Manet, to be his successor as leader of the Cambodia People’s Party (CPP) and to become the next leader of Cambodia.

“I announce today that I support my son to be prime minister but it has to go through elections,” Hun Sen told the government-aligned Fresh News.

Manet has been a commander in the country’s Royal Cambodian Armed Forces since 2018 and has been long thought of as the next in line to inherit his father’s mantle. However, the speech this month amounted to the most explicit remarks Hun Sen has made on the matter. Although it’s tempting to think the 69-year-old leader, who has ruled Cambodia for more than three decades, might be planning to soon step down, he has previously said he has no intention of handing over power until at least 2028.

Hun Sen will still need to maintain some façade of democracy, and he will want to restore lucrative trade privileges with the European Union.

Hun Sen directed his 2 December remarks to Interior Minister Sar Kheng, who has long been seen by Cambodia’s political watchers as the most likely candidate to have a tilt at the premiership. However, within a day of the remarks being made, Minister of Defence Tea Banh, alongside other CPP loyalists and ministers, lined up to support Hun Manet’s candidacy, despite the armed forces being supposedly politically neutral.

None of this ensures Hun Sen will get his way in engineering a succession to Manet. As regional analysts have noted, the endorsement is “tantamount to an advance coronation … but a lot of unknowns remain”. Manet is reported to be unpopular within the party, even as Hun Sen remains at the apex.

What is beyond doubt, at least at this stage, is that any sort of political transition will happen within the CPP and the CPP alone.

Hun Sen has spent much of his rule consolidating control over Cambodia by exercising personal influence over the country’s judicial, bureaucratic, military and media institutions to carry out his will – such as when the main opposition party, the Cambodia National Rescue Party (CNRP), was banned in 2017 by the CPP-stacked judiciary after it received a strong turn out in the local commune elections ahead of the 2018 national elections. The ban forced dozens of CNRP members into exile after Hun Sen pointedly went after former party members and government critics with trumped-up charges, using loosely worded and ill-defined laws passed through a CPP-controlled parliament to make arrests.

Those opposition figures who remain in country are jailed, with de facto CNRP leader Kem Sokha under house arrest, his trial perennially postponed. Those further abroad, such as CNRP figurehead Sam Rainsy, residing in France, have been charged with numerous offences in absentia and barred from entering the country.

Last month three former CNRP members, who were living in exile in Thailand, were arrested and deported by Thai authorities at Cambodia’s behest, despite being granted refugee status by the United Nations High Commissioner for Refugees.

As Cambodian Centre for Human Rights director Chak Sopheap told Asia Sentinel earlier this month, the continued persecution of opposition members now appears to know no geographical limit and illustrates the deterioration of the human rights situation in Cambodia and Southeast Asia as a whole.

Despite this, as Rainsy told Asia Times, Hun Sen will still need to maintain some façade of democracy, as his country’s economy has suffered greatly as a result of the pandemic, and he will want to restore lucrative trade privileges with the European Union – privileges Cambodia lost when the government banned the CNRP. Such is the nature of Hun Sen’s rule – the mirage of democracy can be conjured into existence as quickly as it can be extinguished.

But the horizon is also closing in for Hun Sen. It is clear he is seeking to solidify his legacy by passing the “crown” onto his eldest son and making moves to get ahead of his political rivals at home while snuffing out what little opposition he has left abroad.

Mexico’s president developed a surprisingly cosy relationship with Donald Trump, but those days are over.
Aaron L Connelly 6 Sep 2017 17:48

Aaron Connelly speaks with Milton Osborne, one of the world's leading historians of Cambodian politics, about recent developments in the country.