The high stakes on Korean Peninsula have quickly become even more acute in 2023. 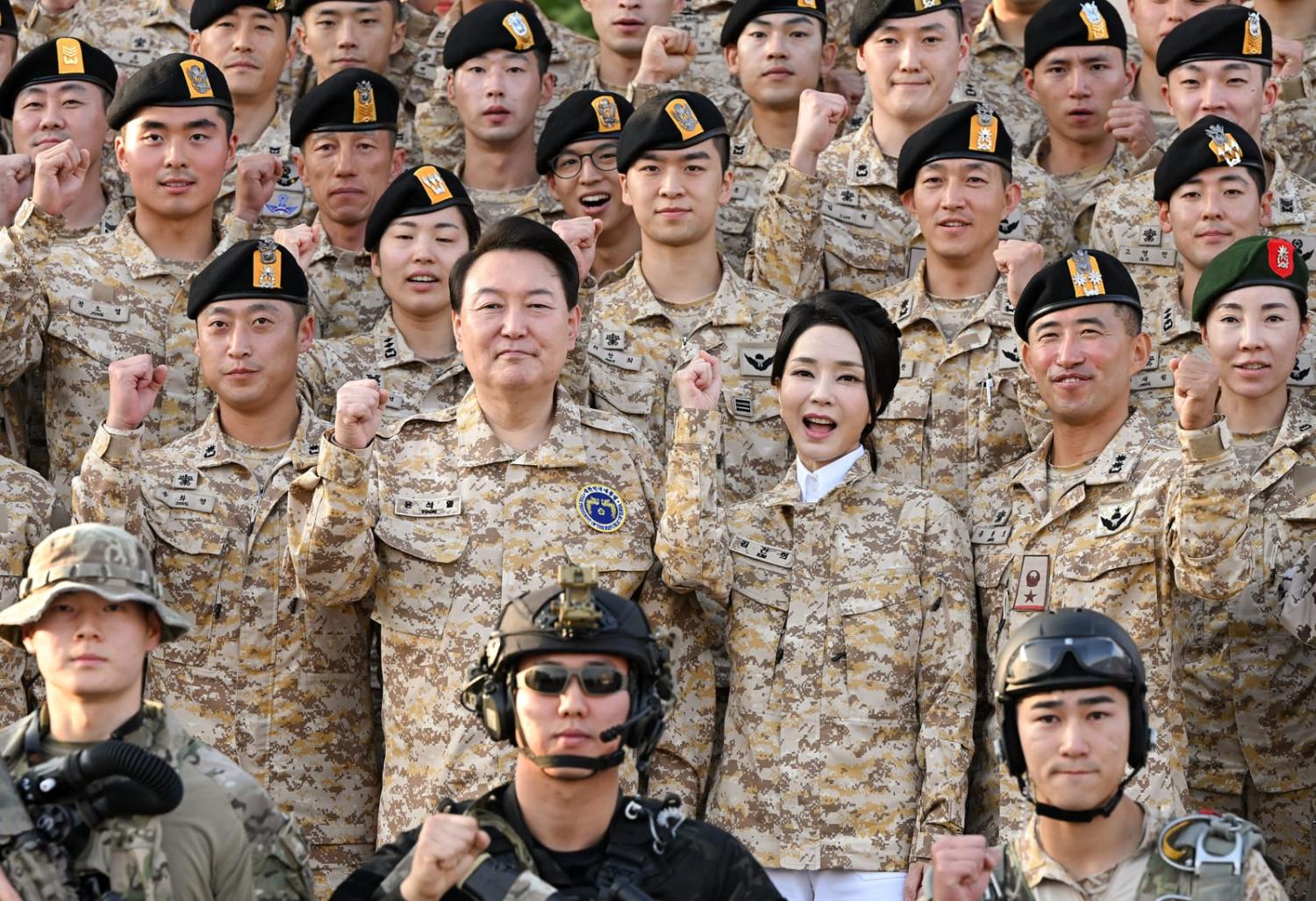 The political and security environment on the Korean Peninsula has changed dramatically over the past year, with tensions reaching new levels because of continuous confrontations between the two Koreas.

There are no signs yet of a de-escalation. In fact, things got even worse barely a few days into 2023.

On New Year’s Day, North Korean leader Kim Jong-un ordered the “exponential” expansion of his country’s nuclear arsenal and the development of a more powerful intercontinental ballistic missile. In response, South Korean president Yoon Suk-yeol hinted at the possibility for joint planning and military drills involving US nuclear assets. Washington, however, was quick to refute these claims, denying it was considering any joint nuclear drills with Seoul.

Just days later, Yoon went a step further, floating the possibility of scrapping the 2018 inter-Korean military agreement, which has helped prevent accidental military clashes along maritime and land borders between the two Koreas since its signing. Unlike its predecessor, which sought engagement with the North, the Yoon administration, newly-inaugurated in 2022, has been more than eager to very publicly align itself with the United States and follow Washington’s lead on many major issues, including on how to deal with North Korea.

North Korea will not take the first step in deescalating tensions. This move must come from the South.

Yoon seems committed to respond to the North with a power-for-power approach, despite the risks of escalation. He proved this again on 11 January, when he publicly expressed the possibility of South Korea acquiring nuclear weapons. Yoon warned his country could take the nuclear route if the security situation on the Korean Peninsula continues to worsen. This was a major move as it marked the first time that a South Korean leader has expressed the possibility for nuclear armament.

Yoon also instructed the Ministry of National Defence to amp up its retaliatory capabilities to be able to launch counter-strikes against the North that are 100 or 1,000 times more powerful.

Despite Yoon’s comments on nuclear armament, however, the leaders of the US and Japan reaffirmed on Friday their commitment to completely denuclearise the Korean Peninsula. And Yoon himself admitted that the priority should be to find “realistic” options to deal with North Korea. But his continued hard-line remarks in public could end up leading to further unwanted military clashes with the North, serious misunderstandings, or the unilateral implementation of policies that could end up negatively affecting the security and stability of the Korean Peninsula.

Indeed, Yoon’s support for trilateral cooperation with Japan and the United States, and for Japan’s recent defence policy changes, has also raised eyebrows in South Korea, where public attitudes remain largely against military cooperation with Tokyo.

For its part, North Korean media published a statement on Saturday criticising the UN Secretary General for ignoring arms build-ups by the United States and Japan, and declared that “the international position of the DPRK as a nuclear weapons state, true to its name, will remain an eternally inerasable, stark reality.” Through the passing of its new nuclear weapons law in September, public statements, and continuous military provocations of various kinds, North Korea has made its strong opposition to the new South Korean administration very clear. Pyongyang has shown no interest in engaging in any kind of denuclearisation talks. The controversy surrounding the remarks made by Yoon have likely only solidified this position.

North Korea will not take the first step in deescalating tensions. This move must come from the South. While it may seem unfair or akin to “losing face” for Seoul, it is the only way to prevent what could become a catastrophic conflict on the Korean Peninsula.

Although former South Korean president Moon Jae-in was ultimately unable to secure a deal on denuclearisation, he did show the world that with perseverance and consistent policy, making a space for dialogue with North Korea is more than possible. Tensions on the Peninsula in 2017, when Moon took office, were high and there was even talk of war. Nevertheless, Moon was able to consistently relay his message to North Korea and back it up with action. Instead of responding to military provocations in a tit-for-tat manner, Seoul continuously matched words with deeds and facilitated the resumption of diplomacy with North Korea.

With tensions once again at dangerous highs, it is important for the administration in Seoul to return to a measured approach and to focus on diplomacy instead of military escalation.

Dispute over a US call for pre-2015 Iran sanctions has pushed the Security Council to its limit. It’s been there before.
Donald R Rothwell 22 Jun 2021 12:00

The remarkable resilience of what evolved into the Antarctic Treaty System cannot be an excuse for complacency.
Michael Beltran 21 Jul 2021 12:00