The Indian Navy’s ambition to be a “net security provider” is going nowhere as long as it lacks the proper resources. 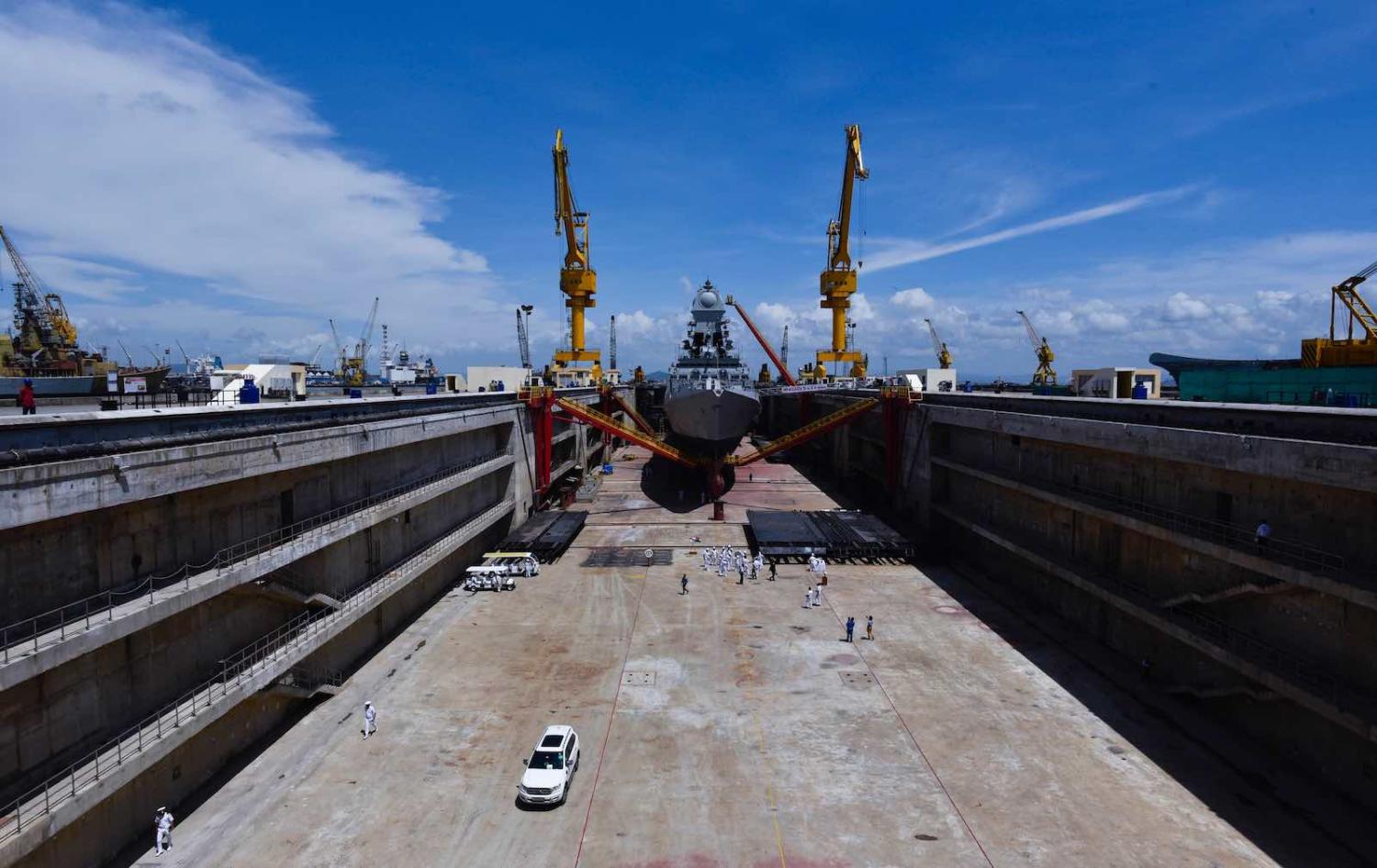 Early in the new year, India’s defence industry witnessed a rare moment of glory when the domestically developed light combat aircraft made its first-ever landing on the navy’s aircraft carrier INS Vikramaditya. It was a major achievement for the Indian navy – a force that has spearheaded India’s aspiration to be a credible regional power. Before the applause died down, the navy announced significant rollbacks to its capability enhancement plan as a consequence of insufficient budgetary allocations by the government over successive years. While this announcement has been relatively muted in tone, it threatens to deliver a decisive blow to India’s regional maritime ambitions.

The Indian navy has aspired to a 200-ship fleet since 2012, when it articulated its perspective plan for a 15-year period. The plan was in line with the role that the navy envisaged for itself, as a “net security provider” in the Indian Ocean region. While there exist multiple interpretations of this role, it would arguably entail – at minimum – maintaining good order in its immediate maritime neighbourhood through the mitigation of threats and capacity building of its littoral neighbours. With the navy’s doctrine and mission statement undergirding this perspective plan, it appeared to be somewhat ambitious, but a well-conceived blueprint of the future navy. The defence ministry signed off on the plan, albeit without committing funds for its fruition, and instead deciding to deal with each proposal – from necessity to acquisition – on its own merits. Since then, the plan has floundered, and has been a somewhat unachievable statement of ends, with successive governments failing to provide the means.

Domestic shipbuilding and combat-systems design were key bulwarks of Prime Minister Narendra Modi’s “make in India” initiative. In the long term, it is the only means by which India can build the military prowess it seeks.

This announcement declares reduction in numbers of mine countermeasure vessels, airborne early warning aircraft, and the drawing-down of certain domestic projects that had been at an impasse for some time. Coupled with delays in some projects, such as the homegrown aircraft carrier, these cuts could pose serious capability deficiencies in the Indian navy’s arsenal, in somewhat inopportune circumstances. For instance, mines are low-cost weapons of choice in any conflict, used to cause disproportionately large damage to shipping close to the coast. And yet the Indian navy has remained without a viable mine countermeasure fleet for many years, with the last of the minesweepers being struck off its books in April last year. This poses serious questions about the ability of the navy to defend the Indian coast from the most basic of threats. On the “blue-water” end of the spectrum, the absence of sufficient airborne detection platforms has severely constrained the navy’s ability to launch weapons at optimal stand-off ranges.

For a country that seeks an increasingly active role in maintaining good order at sea in the Indo-Pacific region, it appears its navy will continue to lack some critical capabilities. While this may appear illogical for a country with a regional maritime agenda, it is symptomatic of a flawed national security strategy that fails to bridge the gap between ends and means.

What is not immediately apparent is the second-order damage this announcement will inflict on India’s fledgling defence industry. Domestic shipbuilding and combat-systems design were key bulwarks of Prime Minister Narendra Modi’s “make in India” initiative. In the long term, it is the only means by which India can build the military prowess it seeks. India ranks among the top five military spenders in the world, and is at the same time home to the largest population of the extreme poor. The current practice of purchasing high-end military hardware outright from other countries is not sustainable, as it creates further high-cost dependencies for training, maintenance, and replenishment of consumables such as ammunition, without any gains to local industry. With some major domestic projects reportedly being shelved or curtailed, there is bound to be further uncertainty in the ranks of Indian firms. Lucrative as it may be, most firms are hesitant to invest in a sector beset with red tape, governmental apathy, and policy inconsistencies. This does not augur well for India’s long-term security preparedness.

The effects of this announcement will also be felt in the larger Indo-Pacific region, where questions will be asked of the Indian navy’s ability to fulfil its self-mandated regional role. India’s regional maritime diplomacy has hinged around its efforts to help build capacity among Indian Ocean littoral states. This has included transfer of hardware at no cost, training, maintenance, and facilitating maritime domain awareness. With the Indian navy unable to meet its own capability goals, its ability to support its maritime neighbours will certainly be called into question. In such an environment, it is quite likely that India may cede strategic space in the Indian Ocean region to China and surrender a measure of the conventional naval advantage it enjoys over traditional rival Pakistan – outcomes that may not serve India’s strategic interests in the Indo-Pacific region.

Unfortunately there are no easy answers for the Indian navy. Its perceived need for the fleet of the future is as real as the lack of resources to enable it. It may do well to reassess its long-term needs and obtain government commitment to fund an abridged yet acceptable wish list. In what would be a classic case of the tail wagging the dog, it would also necessitate a revision of India’s maritime doctrine and thus the need to match ambition with ability. Some damage may also be offset by reviving a local version of Admiral Mullen’s “1000-ship navy” concept, creating a progressively larger network of maritime security partnerships to mitigate threats in the maritime domain. How adroitly the Indian navy navigates these uncertain waters will determine the extent to which India can fulfil its objective of SAGAR – security and growth for all in the region.

Previous Article
In India, the link between sexual violence and economic slowdown
Next Article
China has Honiara onside but hasn’t yet won over Solomon Islands

Progress has been lamentably slow, but a decade on, benefits can be seen in Cambodians learning this terrible history.