Two recent cases show how rising intolerance and intimidation has a legal cost for minorities in the archipelago nation. 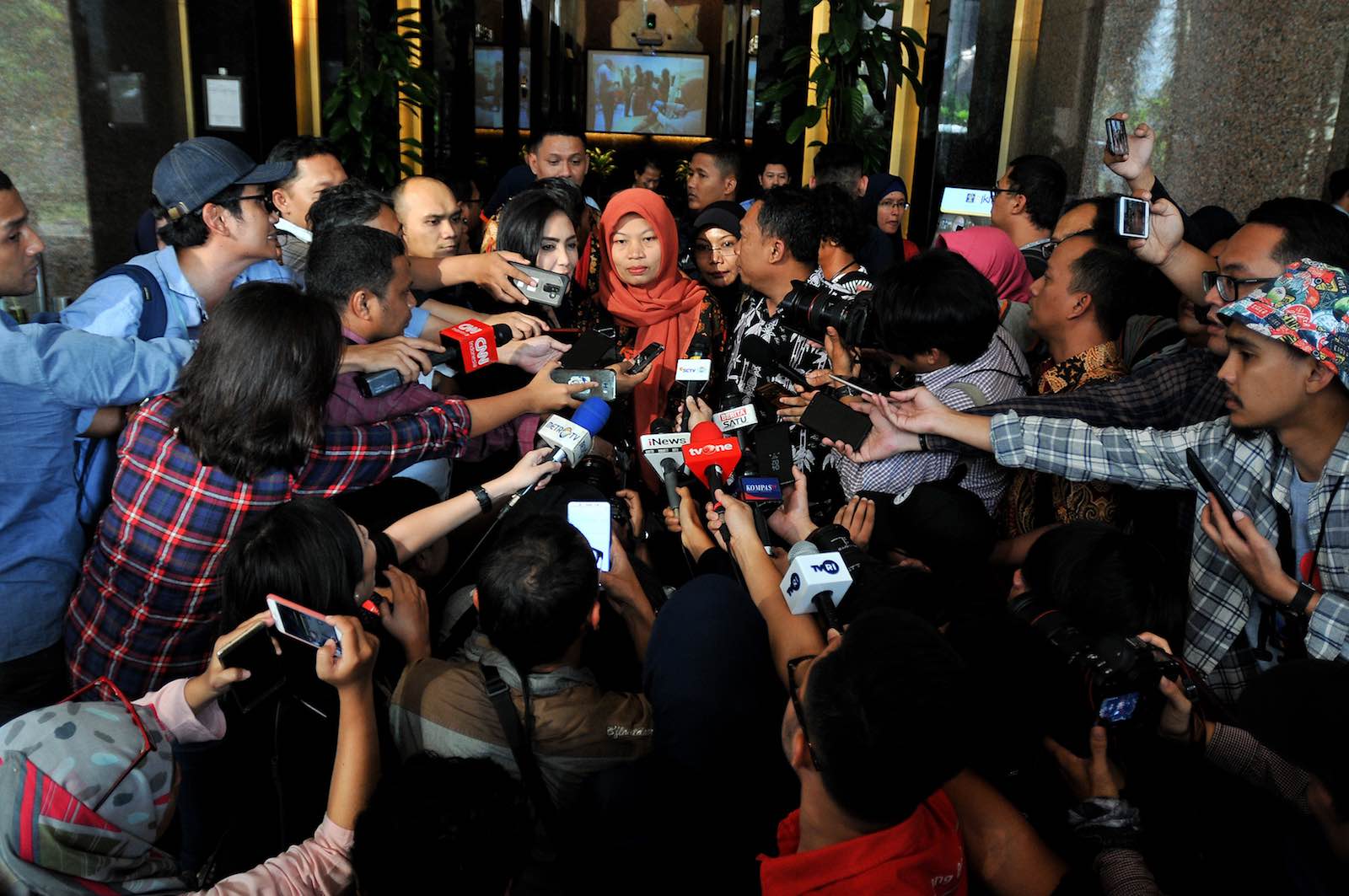 It has been a rough few months for Indonesia’s already beleaguered legal system: two cases, alike yet different, highlighting how minority groups continue to be disenfranchised across the archipelago nation.

In May, Meliana, a Chinese-Indonesian Buddhist was released on parole, having served a year of an 18-month sentence for blasphemy in North Sumatra. Her “crime” had been to remark that the sound of her mosque’s local speakers seemed to have increased in recent months. (Co-author Ranto Sibarani was Meliana’s lawyer during her trial.)

The other is that of Baiq Nuril Maknun, a Muslim who worked at a school on the island of Lombok and had recorded lewd remarks and unwanted sexual advances from her boss on her mobile phone. Nuril was sentenced to six months in prison under Indonesia’s oppressive Electronic Information and Transactions Law (UUITE). Indonesia’s parliament unanimously granted her amnesty in July. She was the first non-political prisoner to receive amnesty in Indonesia’s history.

Both Indonesia’s blasphemy law and its UUITE law pre-date the term of Indonesia’s President Joko “Jokowi” Widodo, but they have truly come into their own during his years in power since 2014. It is illustrative of a worrying trend in the harassment of minority groups, including Christians, ethnic Chinese, and women.

While the uptick in sentencings both under the blasphemy law and the UUITE law show rising intolerance, this same intolerance has been directed against the President himself. Such instances of prejudice have compounded acute tests in the country’s legal system, which is already known for endemic corruption and draconian sentencing policies.

When Jokowi, a Javanese Muslim, first ran for power in 2014, he faced a string of attacks: that he’s of ethnic Chinese descent, a Communist sympathiser, or not a “real" Muslim. In the years since, hard-line Muslim groups such as the Islamic Defenders Front (FPI) continued to provoke and confront him about his perceived lack of religious fervour, seeking to use it for political gain.

It is clear the justice system has lost confidence when it comes to ruling justly and without fear, as cases are increasingly politicised and framed along religious and racial lines.

As a direct consequence of smears against Jokowi amid increasing religious and racial hostility, legal controversies in recent years have followed a now familiar trend. Whenever there is a dispute between a member of the Muslim majority and a minority group (including a female Muslim in a dispute with a male Muslim), the case becomes seized by public attention, with people afraid of backing a minority individual or group over the majority, for fear they too will be accused of being “anti-Islam”. The intimidation has also spilled into the legal system.

Hard-line Islamic groups have proven deft in organising huge protest rallies, most obviously in the campaign against the former governor of Jakarta, Basuki “Ahok” Tjahaja Purnama, who was sentenced to two years in prison for blasphemy over disputed comments he made about the Koran. The Islamic Defenders Front was central to this conviction, and its followers have repeatedly taken to the streets and courtrooms across the country in other cases. They have shown that they can mobilise in large numbers with the sole purpose of intimidating and interfering in the legal process and scoring political points.

In turn, it is clear the justice system has lost confidence when it comes to ruling justly and without fear, as cases are increasingly politicised and framed along religious and racial lines.

Both the Meliana and Nuril cases demonstrated that women are also targets. In Meliana’s case, she was freed on parole, while Nuril received a pardon. Nuril is Muslim, and so a “safer” candidate for a pardon than a non-Muslim. Had Chinese-Indonesian Buddhist Meliana received a pardon, the backlash would likely have been severe.

But regardless, neither woman was absolved of the alleged crime. This is despite a clear lack of evidence in both cases that either woman had committed the crime of which she was accused and ultimately sentenced.

The fault is not with the foundations of the legal system itself. Indonesia’s 1945 constitution states the principle of equality before the law for all individuals and provides for the protection of religious freedom, while Indonesian law is similarly clear about the importance of judges exercising impartial rulings.

The obstacle to justice is a climate of fear and intimidation both inside and outside the courthouse. The challenge is to bolster the role of the law in Indonesia, to provide safety and protection to all  – majority and minority groups alike.