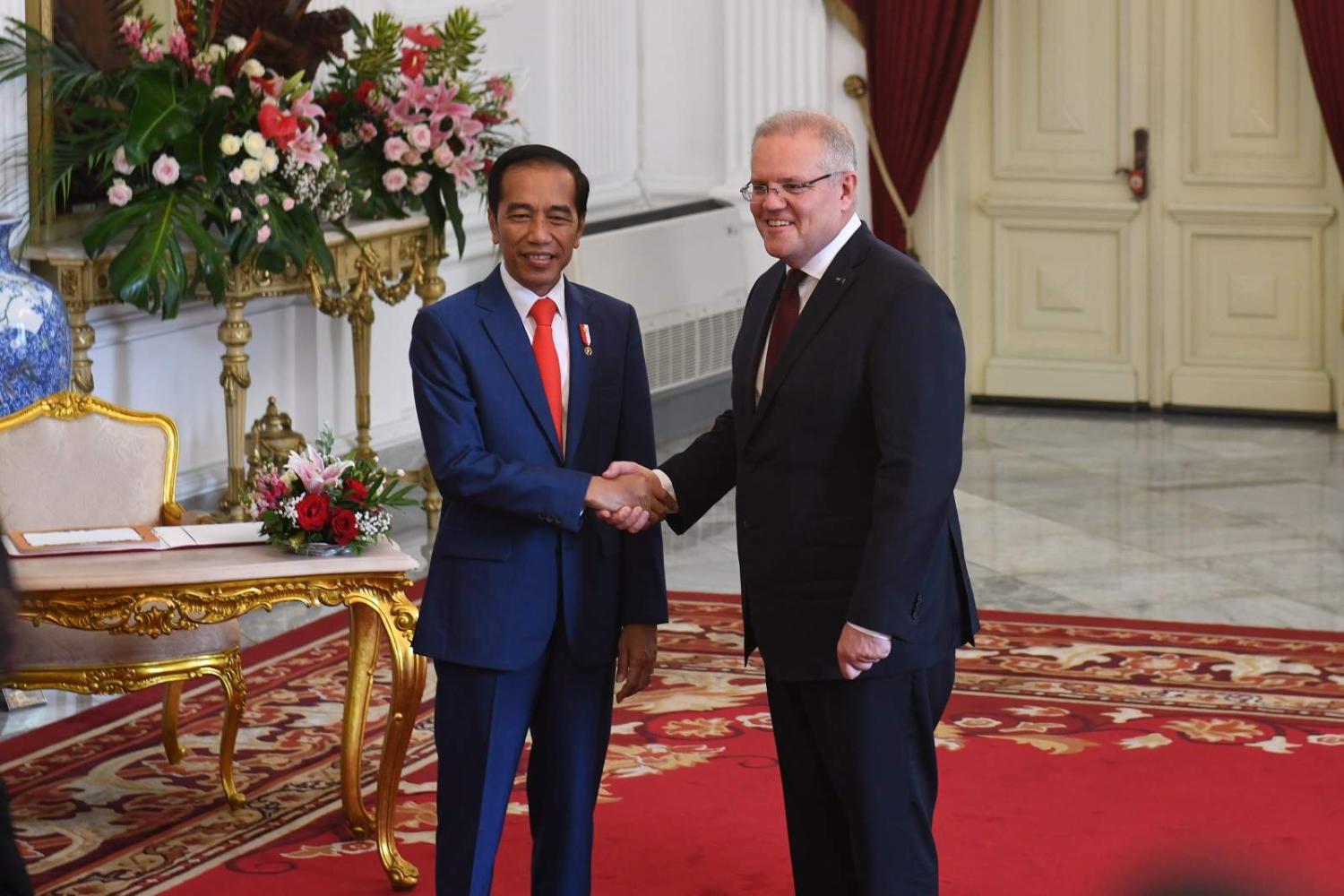 The fuss made over Friday’s Quad meeting in Melbourne is quite out of proportion to the group’s significance. Australians shouldn’t take any comfort from rhetoric about democratic solidarity and common values. The bonds holding together the quadrilateral relationship between the United States, Japan, Australia and India are paper-thin when it comes to China, the core security challenge facing them. The four members are geographically spread, their security interests wildly divergent, and each has an important economic relationship with Beijing to protect. India is not going to come to Japan’s aid in the event of a security dispute with China, nor would Japan do much to help India. And Australians, brace yourselves for a shock: if we ever get into a shooting war with China, Japan and India won’t be there for us either.

Australia ought to be looking much closer to home, to the one country that shares Australia’s strategic geography and which could act as its great-power partner and protector. Any security threat to Australia emanating from China has to come through Indonesia, which means Jakarta should be the focus of its security diplomacy.

Last week, Indonesia made a big statement of intent about its security. The news that Jakarta will buy 42 French Rafale fighter jets and that the US has approved the sale* of 36 American F-15 Advanced Eagle fighters represents a serious airpower investment. In fact, if the order is delivered in full (and one can never be certain when it comes to Indonesian military procurement), it is something of a step-change.

Despite being Southeast Asia’s most populous nation and the natural diplomatic leader of the Association of Southeast Asian Nations, when it comes to air combat capability, Indonesia has long been a second-tier power in the region. Australia and Singapore make up the top rung, with Vietnam, Malaysia, Thailand and Indonesia having roughly equivalent capabilities. Indonesia’s air combat force is currently centred on 33 ageing F-16 fighters and 16 Russian Sukhoi variants, giving the air force only a nascent air combat capability.

If these two deals are delivered in full and the aircraft are well supported by highly trained crews and a new generation of support aircraft (e.g. aerial tankers and airborne early warning aircraft), it will lift Indonesia alone onto the second rung, with the others demoted to third. We also shouldn’t forget about Indonesia’s involvement in South Korea’s KF-21 stealth fighter project, which could see an order for up to 50 aircraft by Jakarta. It’s worth repeating that Indonesian defence procurement is an uncertain business, so not all of these deals may eventuate in full, or at all.

Why has Indonesia made this investment now? The obvious place to look is China, whose rise as a maritime power is creating complications for Indonesia in the South China Sea.

But a more straightforward explanation is that Indonesia is buying US$22 billion worth of fighter aircraft because it can. Southeast Asian nations have been modernising their military forces since well before China bulked up its military, largely because as their economies grew, so did the government’s wealth. They could suddenly afford the military tools they had long sought.

Inevitably, economic growth will be converted into more military power. This fighter-aircraft deal is just the beginning.

Australia should be thinking about what comes next for the Indonesian military. Indonesia is still very much a middle-income economy, but it has grown at a roughly constant 5 per cent every year for decades now, so it will keep getting richer. There is massive untapped potential in Indonesia – corruption and low state capacity in areas such as health, education and infrastructure hold the country back. If it can even partly solve those problems, it will grow even faster.

Not that Australia should assume Indonesia will turn into the next Taiwan, South Korea or Singapore. It might, but there’s nothing in its history to give us confidence in such a rapid transformation. Yet given Indonesia’s size – 273 million people – it doesn’t need to get everything right to cast a much bigger shadow over the region. As my colleague Ben Bland put it to me, think of Indonesia’s development like that of modern India – it will remain weak in some ways, but it will develop enormous strengths in others.

Inevitably, economic growth will be converted into more military power. This fighter-aircraft deal is just the beginning. How should Australia feel about that?

Well, let’s first concede that there is nothing in the world Australia can do about it. Whether it feels anxious or relaxed about Indonesia’s rise, it will happen anyway. In turn, that suggests Australia had better stay on Indonesia’s good side. Luckily, the two nations have one key interest in common, which is to make sure that China never becomes the dominant power in maritime Southeast Asia. That’s a goal which ought to bring them into much closer defence alignment.

* I previously wrote that Jakarta 'would buy' F-15s. I thank a reader for the correction.

Covid-19 puts healthcare and the economy at the top of the agenda, although poor governance is making matters worse.
John Edwards 20 Mar 2018 13:00

China will certainly respond to a forthcoming US investigation and exports penalties with sanctions of its own.
Jess Lees, Jesse McCommon, Puji Pujiono 1 Jun 2020 12:00

After recent disasters, policy changes shifted the model of humanitarian aid. The Covid crisis put it to the test.