Non-alignment has long defined Jakarta’s approach in the world. Neither China’s threats or US pledges will change that. 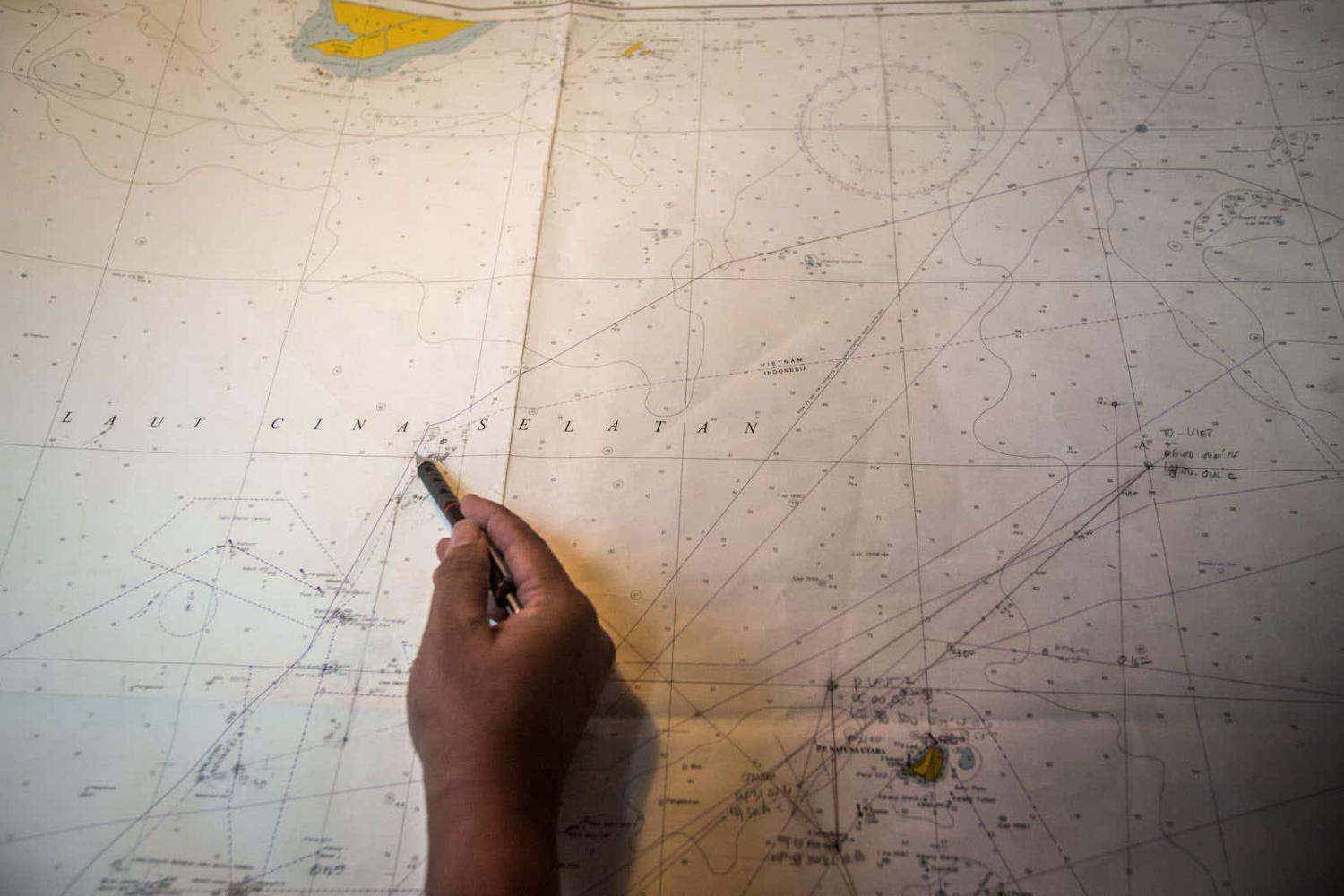 China recently upped its game against Indonesia in the South China Sea. It lodged an unprecedented protest over exploratory off-shore drilling for natural gas in waters known as the Tuna block, arguing this activity was a violation of China’s territory. Sanctioned by the Indonesian government, the drilling took place well within Indonesia’s Exclusive Economic Zone (EEZ) around the Natuna Islands but inside what China claims under its so-called “nine dash line”.

This particular spat and the timing can only be properly understood in the context of Indonesia’s place in China-US rivalry in the region. In March last year, Indonesia’s Defence Minister Prabowo Subianto had announced in Tokyo after meeting with his Japanese counterpart that Indonesia and Japan were equally opposed to any move by China “to change the status quo” in the South China and East China Seas. They were responding to China’s decision to continue a month-long series of military exercises inside the Philippines’ EEZ.

Come June, Indonesia had started to drill in the Tuna block when it received a Chinese letter of protest. Shunning “megaphone” diplomacy, Jakarta resorted to discreet diplomatic channels, sending a counter protest to Beijing over its claim. In July, Indonesia took part as an observer in the biennial US-Australia military exercise, the Talisman Sabre, and in August, Indonesia’s army also held a joint military exercise with the United States known as Garuda Shield ― the biggest ever, involving 3,000 troops in South Sumatra.

China’s recent warning to Indonesia will not go unheeded in Jakarta. But it has hardly made the United States all the sweeter in Indonesia’s eyes either.

The last act evidently goaded China further, as it sent another letter of protest although such exercises had been annual events since 2009. And as if to underline its displeasure, late in the month, Beijing authorised the 6,500-tonne Chinese research ship, Haiyang Dhizi 10, to cross into Indonesian waters, where it remained until late October.

Much of this was lost amid the intense focus that followed the “AUKUS” announcement in September, where the United Kingdom and United States declared support for Australia to obtain nuclear-powered submarines, prompting anger in China. It was not until early December that major news outlets in Indonesia reported on China’s claim to the “North Natuna Sea”, as Indonesia now calls its portion of the South China Sea, as its own.

In asserting its claim to a portion of Indonesia’s waters now, Beijing no doubt wanted to teach Jakarta a lesson that it could change the “status quo” for Indonesia, should it wish to do so. But if China is concerned about Indonesia’s ties with the United States, it must also recognise the US-Indonesia relationship has its own challenges.

US Secretary of State Antony Blinken visited Jakarta in December and expressed support for “Indonesia’s leadership in the Indo-Pacific, as the world's third-largest democracy and a strong proponent of the rules-based international order”. Blinken made repeated reference to the “Indo-Pacific in a speech meant to promote the idea that the United States was a more reliable partner for Indonesia than China. While Indonesians are familiar with the geographical concept, it is not one that resonates with the country historically and emotionally. Indonesia’s preferred sphere of reference has long been Southeast Asia where it see itself as the first among equals.

While obviously pleased by America’s attention, Indonesia’s President Joko Widodo scheduled a meeting with Russia’s Security Council Secretary Nikolai Patrushev on the same day as if to play down the significance of the visit by a high-ranking US official. Foreign Minister Retno Marsudi went so far as to call both the US and Russia “two good partners” of Indonesia.

Non-alignment continues to define Indonesia’s view of its place in the region. As the rivalry between Beijing and Washington intensifies, Jakarta is trying to play off great powers against each other, hoping to extract benefits. Subianto appeared to make this very point speaking at the 17th IISS Manama Dialogue in Bahrain in November, arguing that Indonesia must be “realistic” in navigating the rivalry of great powers. He said that sometimes non-alignment would be “difficult” but he implied that it would still serve Indonesia’s interests.

China’s recent warning to Indonesia will not go unheeded in Jakarta. But it has hardly made the United States all the sweeter in Indonesia’s eyes either. Many Indonesians still see a lot of hypocrisy in American foreign policy; the wars in Iraq and Afghanistan, and most significantly the US role in the 1966 purges in Indonesia when Suharto seized power.

So the best either the United States or China can hope for from Indonesia is partial support, since Indonesia will not want to alienate either power.

Despite high visa compliance rates among Indonesians, Australian policies discourage them from holidaying down under.
Bec Strating 14 Feb 2019 16:30

Spats in the straits between Malaysia and Singapore

The diplomatic tit-for-tat between the two neighbours for the territorial claim of the waterway has a long history.
Sian Troath 20 Jun 2018 12:00

Winning a seat at the premier UN forum is a chance to see Southeast Asian issues on the world agenda.