Sovereignty, trust and mutual benefit are all at stake when so many regions come together under the Indo-Pacific banner. 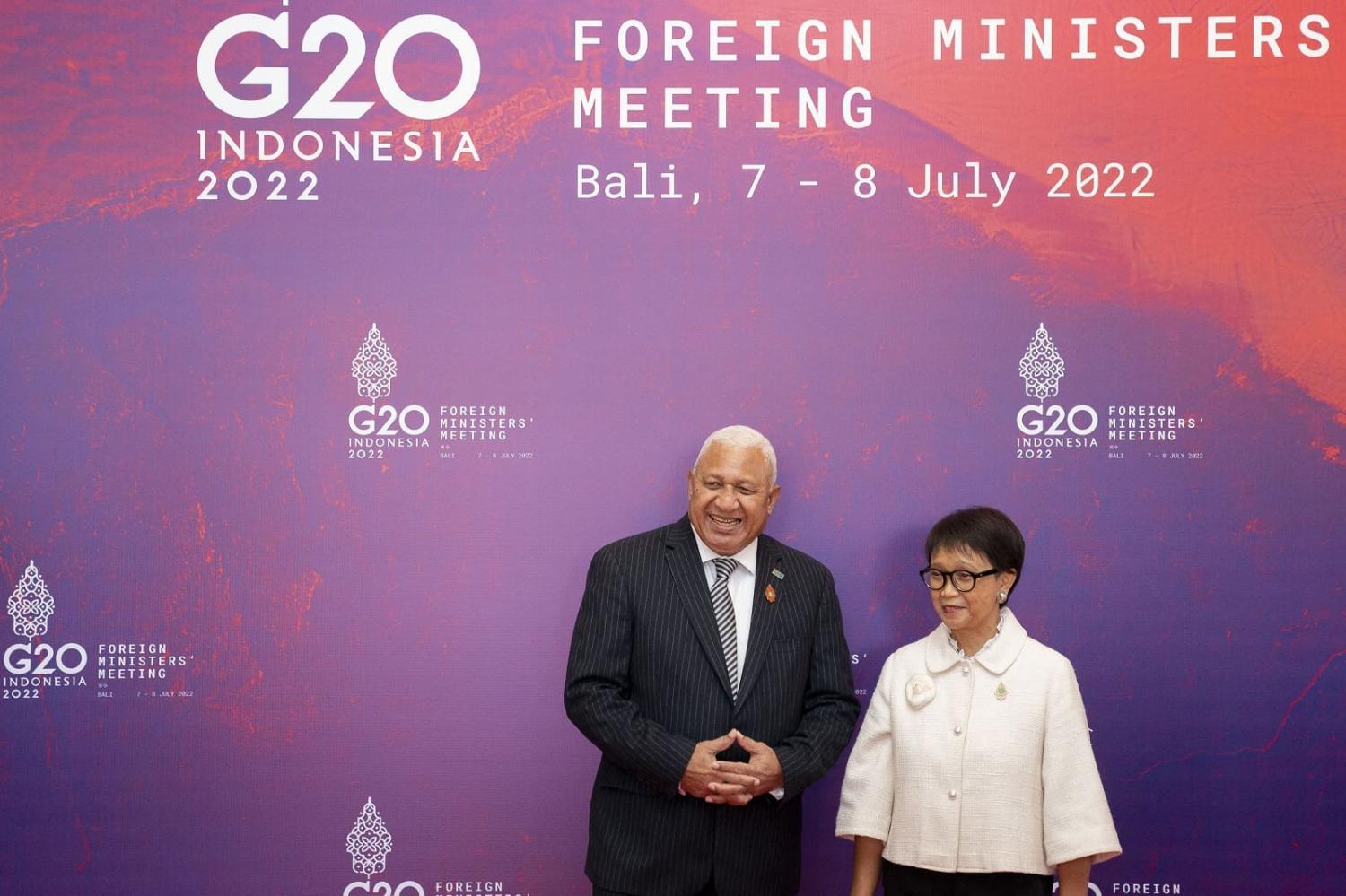 Last week, Indonesia’s Foreign Minister Retno Marsudi wrapped up a brief official visit to Fiji and Solomon Islands. On her agenda, apart from the usual high-level bilateral meetings, was a discussion with Filimon Manoni, the Deputy Secretary General of the Pacific Islands Forum, on how Indonesia can cooperate more deeply with the region.

Despite their proximity to Indonesia, Pacific Islands countries are often overlooked in Jakarta’s foreign policy. There have been tensions between Indonesia and some Pacific Islands countries, particularly Vanuatu, which has raised the issue of human rights violations in West Papua. The Melanesian Spearhead Group, an intergovernmental organisation based in Vanuatu, has been vocal on the issue, with its secretariat even recognising the United Liberation Movement for West Papua as an observer, amid a bid for full membership.

Although the tensions have presented obstacles between Indonesia and some Pacific Islands countries in recent years, Jakarta has acknowledged the importance of the Pacific in its foreign relations. In 2019, Indonesia introduced its Pacific Elevation – a strategy aimed at strengthening the relationship between Indonesia and Pacific Islands countries, specifically in the areas of economic cooperation, tourism and culture. In December this year, Indonesia will hold the Indonesia–Pacific Forum for Development, hosted in Bali.

Indonesia needs to build trust with Pacific Islands countries on the issue of human rights.

This increasing engagement with the Pacific Islands is of strategic importance for three reasons. First, Indonesia needs to build trust with Pacific Islands countries on the issue of human rights. Vanuatu’s criticism of Indonesia’s actions in West Papua has gone all the way to the United Nations General Assembly. Indonesia has denied the claims, but addressing the situation both formally through the UN and informally through stronger engagement with Pacific Islands countries may establish a framework for remediation.

Second, from a geopolitical perspective, the Indo-Pacific has taken on a new centrality. In recent years, Indonesia has aimed to take a leadership role in the region through ASEAN. However, Pacific countries are also key players in successful Indo-Pacific engagement. Specifically, Pacific Islands countries have become an arena for US–China rivalry with some leaning towards Washington, while others have increased their cooperation with Beijing. This year, Solomon Islands signed a security pact with China, raising concerns that China could have a military presence in the country. It is, of course, the sovereign right of Solomon Islands to sign a security deal with any country it may choose, but the deal has created ripples across the region, felt especially in Australia.

Indonesia has long held concerns about the region’s US–China rivalry – a key driver of Jakarta’s push for ASEAN to create an Outlook on the Indo-Pacific. In doing so, Indonesia presents itself as an alternative partner for cooperation and development in the Pacific and encourages Pacific Islands countries to maintain their neutrality amid increasing superpower rivalry.

Perhaps the biggest challenge for Indonesia, however, in building meaningful engagement with the Pacific Islands countries, will be the limitation of resources.

Pacific Islands countries have taken the lead in promoting and implementing sustainable tourism. With the Indonesian tourism industry slowly recovering from Covid-19, it is important that the country learns how to engage with sustainable tourism practices. In tandem, measures to address climate change should be shared between government and community.

Perhaps the biggest challenge for Indonesia, however, in building meaningful engagement with the Pacific Islands countries, will be the limitation of resources. In recent years, the provision of Indonesian aid to certain Pacific countries, presumably aimed at engaging further with the region, has come under domestic criticism, with opponents arguing that Indonesia should concentrate on local issues before engaging with foreign countries.

Whichever way Indonesia decides to go, the relationship between it and the Pacific Islands countries will need to be based on mutual trust and mutual benefit for all countries involved. Indonesia, often regarded as the natural leader of ASEAN, must try to increase engagement between ASEAN and the Pacific Islands Forum. A prosperous and secure Indo-Pacific relies on it.

Previous Article
Computational diplomacy - the science of an art?
Next Article
Bali 2002: When global terrorism first came close to home

A pluck of courage, the brashness of youth, and a little ingenuity – when authorities are slow to act, people step up.
Quentin Hanich 8 Dec 2017 16:30

Complicating the threat of overfishing is a contest between developed fishing countries and small island states.
Paula Hanasz 26 Jun 2017 15:29