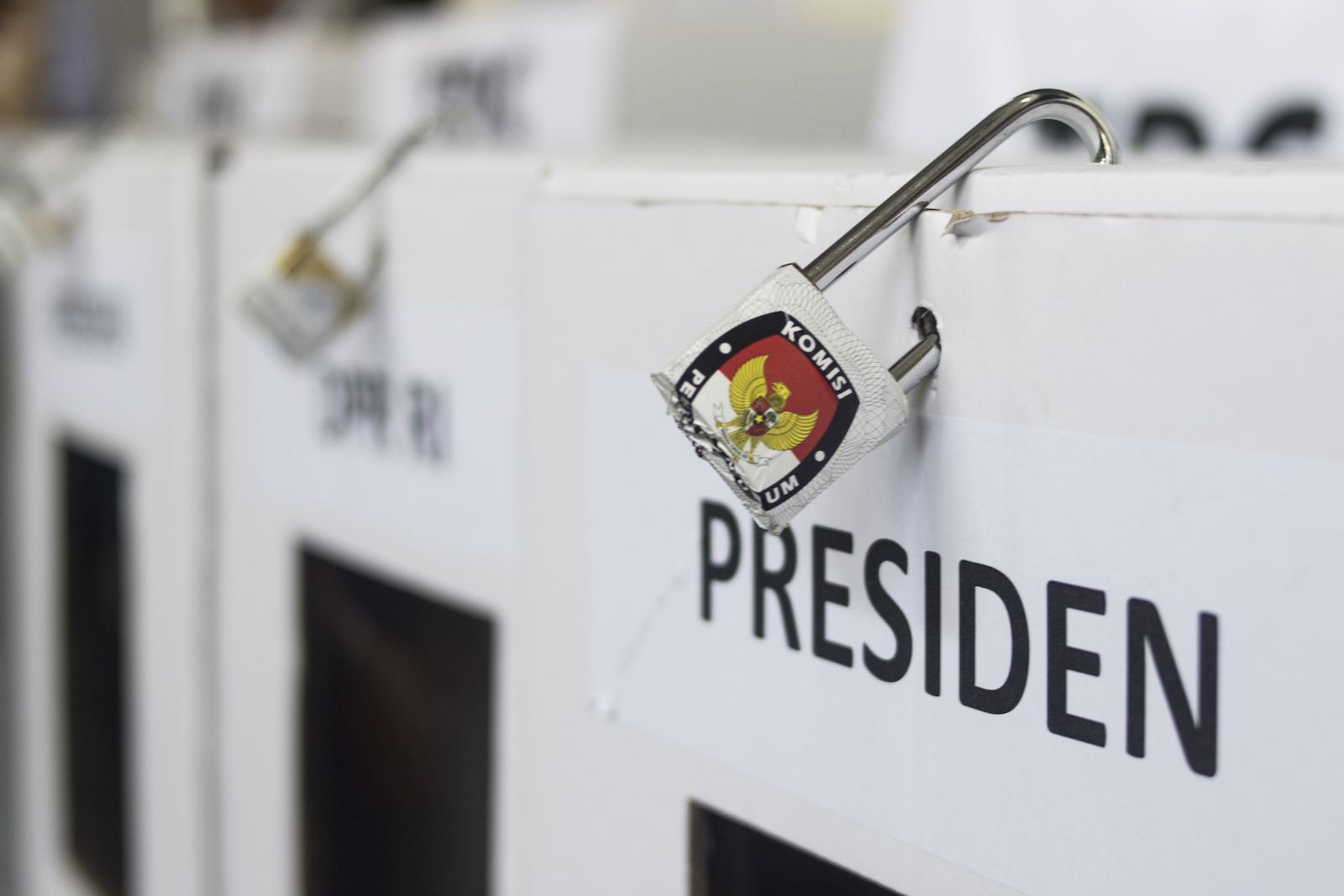 Once the ballots are counted, the test of the world awaits the victor (Photo: Adli Ghazali via Getty)
Published 17 Apr 2019 12:30   0 Comments

Indonesia’s national leaders and politicians have mostly paid more attention to domestic issues for the country’s upcoming general elections compared to regional and global challenges. Yet after the voters cast their ballots on Wednesday, whomever is elected president, vice president and the lawmakers in the national and local parliaments for 2019–2024 must respond to uncertainty in the world.

There are three key challenges ahead in Indonesian foreign policy.

The first challenge is the emerging competition among major powers occurring across the Indo-Pacific region. Indonesia (along with other ASEAN members) sits at the centre of this key geographical venue for competition and potential co-operation between the United States, its allies, and China. China’s Belt and Road Initiative has objectives to promote major infrastructure projects for countries across the Pacific and Indian oceans and potentially expand its sphere of influence and power projection.

As the US, Australia, Japan and India increasingly view China as a competitor, if this competition is not well managed it may escalate tensions and potentially lead to open war.

Indonesia can play an important role in consolidating ASEAN member states as a united group and ensuring ASEAN’s centrality. Indonesia and ASEAN can implement an axis of what might be called “symmetrical interests” to manage ties with external actors. Essentially, what this means is to ensure ASEAN remains a focal point of regional architecture, to manage ties with external actors in an effort to maintain regional peace and create economic prosperity. It would be in Indonesia’s interests to see a bridge between various regional forums, both outside the ASEAN region and within, to create a coherent structure for mutual cooperation.

The second key challenge is navigating the uncertainty resulting from US President Donald Trump’s “America First” approach to foreign policy and trade. Under Trump, the US has become a protectionist, isolationist and unilateralist country in its relationship with China and the European Union.

Trump’s trade war with China – beginning last year with a 25% import tariff for steel and 10% import tariff for aluminium, only for China to retaliate with tariffs on imports of US fresh fruit, wine and nuts, as well as pork and aluminium scrap – had carried a financial cost running into the billions. Recent efforts to de-escalate trade tensions has only underscored the global economic uncertainty.

Preserving regional peace and stability is manifestly in Indonesia’s interests, a goal that would make a positive global contribution by strengthening the opportunity for common prosperity.

For Indonesia, economic diplomacy in such a climate must be the focus not only of government but also the business community and other stakeholders. To avoid the cost of ongoing tension between the US and China, Indonesia must make advances in new markets, especially in the countries of Africa, Latin America and South and Central Asia. The government of Indonesia needs to improve the competitiveness of Indonesian human resources and products in order to compete with foreign workers and products, and to win direct investments against other countries.

The third challenge is the weakening of globalisation, with questions over the effectiveness of multilateral cooperation.

Indonesia has been actively involved in the establishment of an alliance for multilateralism at the United Nations and presently sits as one of the non-permanent members of the Security Council for the period of 2019-2020. Indonesia should be an active player.

Jakarta’s main goal at the UN should be to see an improvement of cooperation between regional and multilateral organisations. This can be enhanced by tackling specific problems, preventing and countering radicalism and extremism, for example, as well as promoting the Sustainable Development Goals.

Preserving regional peace and stability is manifestly in Indonesia’s interests, a goal that would make a positive global contribution by strengthening the opportunity for common prosperity. The starting point is at home, for the people of Indonesia and their national leaders to set an example for the world by running the country’s 2019 general elections peacefully. From there, the challenge for the next elected leaders is to consolidate Indonesia’s interests to respond to these regional and global levels by employing a free and active foreign policy.