Forging consensus on global problems is key, and the best way to find common ground is by talking. 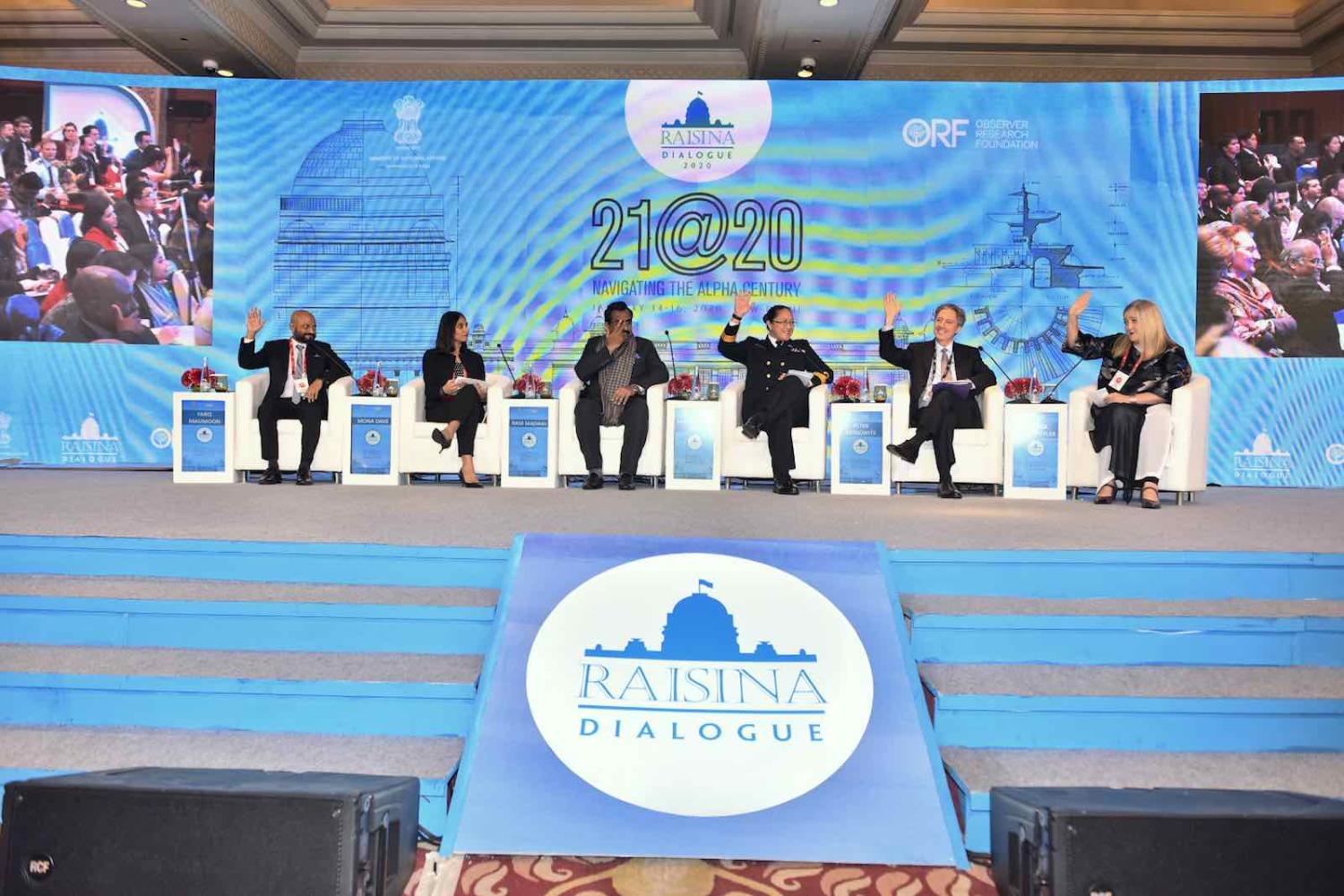 Created in 2016, the Raisina Dialogue has quickly become India’s premier event on foreign policy and strategic affairs, with the aim to increase engagement of global actors with Asia and of Asia with the world. It is no coincidence that the dialogue started shortly after the Narendra Modi–led government took office, since a major tenet of his foreign policy is to enhance India’s diplomatic influence and engagement.

Geopolitical and geo-economic repositioning has forced countries to explore new permutations and combinations, and the latest Raisina talks held in New Delhi this month was an apt reflection of this shifting reality.

This year also saw significant participation from Australia, suggesting a marked change in the priority accorded to Australia-India relations. Australian Prime Minister Scott Morrison was slated to give the keynote address at this year’s Dialogue but had to cancel due to the bushfire crisis in Australia. Foreign Minister Marise Payne appeared in his stead, reiterating that at the heart of Australia-India relations lie the two countries’ common values.

What distinguishes the Raisina talks is the shift away from traditional centres of power to the emerging economies. Through this forum, India is making clear its desire not only to be part of the global conversation, but to shape it, to plan ahead and learn the right lessons.

The event hosted seven former heads of state or government, 12 foreign ministers, and various other senior officials, as well as representatives of over 30 think-tanks from across the world. Diverse themes connected on one platform: the resurgence of national identities, the changing geo-political, geo-strategic and geo-economic narratives, challenges to global trade, questions around sustainable development, climate change, the dynamic between individuals and states, and examining the various strands that make up the contemporary international scene and its aspirations.

Other established forums tackle similar challenges – the World Economic Forum meeting last week at Davos one obvious example. But what distinguishes the Raisina talks is the shift away from traditional centres of power to the emerging economies. Through this forum, India is making clear its desire not only to be part of the global conversation, but to shape it, to plan ahead and learn the right lessons from the challenges of the past 20 years.

No better was this illustrated than by the discussion of climate change. The Dialogue’s success as an emerging global platform reflects how governments can shed their rigid “we know it all approach” and collaborate with think tanks and other parties with a stake in global affairs for informed and credible engagement. The Dialogue focused on the fact that blame and inaction will not address climate change. Climate change threatens to undercut all progress, making it a clear danger, especially for the maritime countries of the world.

In this way, participation at Raisina 2020 was a nod to multi-alignment. For India, this strategy is crucial. As Indian Foreign Minister S Jaishankar put it, India seeks to be a stabilising, rather than a disruptive emerging power. India’s foreign policy today aims to achieve a focus on key challenges and a broad engagement with many parties, and to manage global contradictions.

India and Australia reaffirmed their desire to work together to build a free, open, prosperous, rules-based and inclusive Indo-Pacific. Both democracies, both are champions of international law, both sit at the centre of where economic and strategic gravity is shifting.

The growing importance of the Indian and Pacific Oceans has given new momentum to the “Indo-Pacific” as a geostrategic construct. Both India and Australia are wary of China’s assault on maritime security and freedom of navigation in the region. These common concerns have strengthened the need for greater maritime cooperation and a stronger alignment on regional architecture. The Indo-Pacific has featured heavily in recent Australian strategic discourse, especially since the release of the 2016 Defence White Paper, the 2017 Foreign Policy White Paper, and now with the renewed “Quad” dialogue involving India, Japan, the US, and Australia. Indian Foreign Minister Jaishankar was optimistic about the converging interests with Australia, which he noted were “poised for a big jump” in the years ahead.

But as important as such partnerships will be, the key themes that emerged in the Raisina Dialogue made clear that multilateral themes will shape the 2020s – the response to climate change one of many, with other issues such as technology in the digital age and the threat to democracy and security also key. Response rests on building trust, to forge a common understanding of the world and its challenges overcoming their past histories. This need makes forums such as Raisina all the more crucial – to find ways to achieve what must be done together.

The Microsoft founder has produced a solid primer for understanding the climate challenge. The next step is action.
Greg Earl 15 Jul 2021 15:00

Can a step-up speed up? And what of the economic and cultural benefits of migration in Covid times?
Sarah Logan 28 Jul 2017 13:13

This month's links include censorship regarding Liu Xiabo's death on weibo and WeChat, internet use among the North Korean elite and Thailand floating the idea of registration for Facebook users.