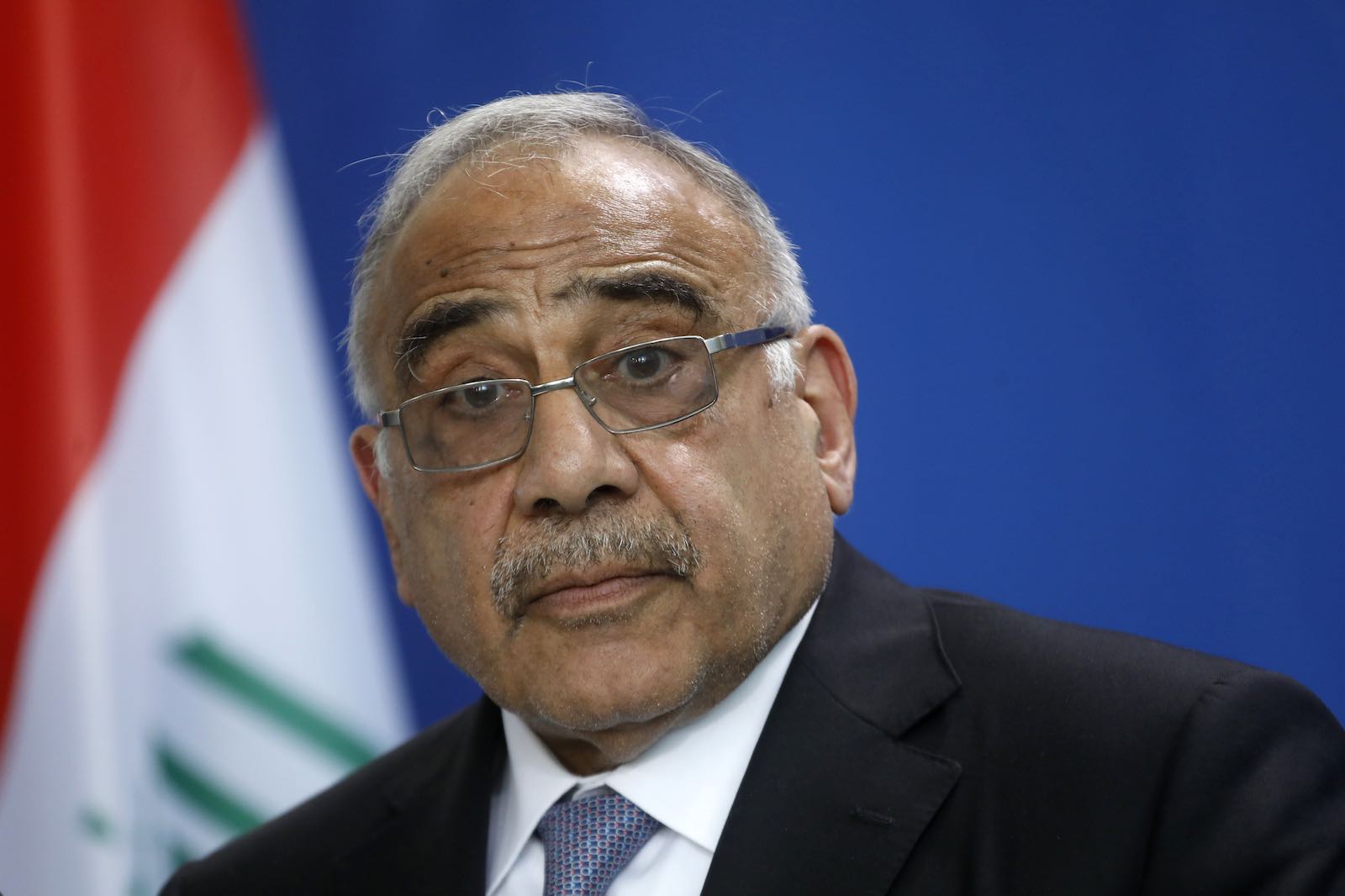 Since the start of October, large-scale protests have rocked Iraq, killing more than a hundred people and wounding thousands. Iraqis are frustrated with high unemployment, the dismal state of Iraq’s essential infrastructure, and the long-standing corruption seen as the fundamental cause for the deterioration of country’s economy. These protests testify to the inability of Iraqi Prime Minister Adel Abdul-Mahdi’s government to provide serious reform to these challenges.

The delay in forming Abdul-Mahdi’s cabinet was a clear indication that any substantial reform to Iraq’s political system would not be happening quickly.

As the first Prime Minister following the defeat of the so-called Islamic State, Abdul-Mahdi was welcomed with a wave of optimism, built on the promise he would tackle corruption, increase economic investment, and strengthen infrastructure and essential services. The two dominant electoral blocs that keep in him power, Binaa and Islah, have kept Abdul-Mahdi from pursuing this much-needed reform.

Both blocs have allowed Iraq’s system of political patronage to persist, prolonging corruption and leading to further deterioration of essential services. Consequently, Abdul-Mahdi is trapped between the demands of these two factions, restricting any meaningful reform efforts.

Abdul-Mahdi’s appointment as Prime Minister in 2018 was the surprise result of a compromise between Binaa and Islah, who agreed to form a governing coalition after winning the most seats. From the outset, the merger of the two blocs was a fascinating development, given their conflicting views.

The Binaa alliance is heavily aligned with Iran, consisting of former leaders of the Iranian-sponsored militias of Iraq’s Popular Mobilisation Front (PMF), who fought against the Islamic State.

Islah, led by nationalist cleric Muqtada al-Sadr, staunchly opposes Iranian influence in Iraq. Sadr frequently criticises the presence and influence of Iranian-sponsored militias in Iraq as undermining the central government and boosting corruption. He regularly calls for their demobilisation and barring from politics.

Nonetheless, the two formed a governing coalition when negotiations between Iraq’s political parties failed to produce an outright coalition, resulting in deadlock in the first session of parliament and its adjournment. To overcome the deadlock, Islah and Binaa agreed to form a coalition to resume parliament and allow the government to form.

In fact, it was merely an understanding, not an alliance. Appointing Abdul-Mahdi, an independent and not from either party, meant there would be no loser or winner between them.

Although a government was formed and Iraq’s parliament resumed, Abdul-Mahdi was hamstrung. He was permitted to appoint only five out of 22 cabinet ministries, while the rest were divided between Islah and Binaa as the spoils of electoral victory.

Meanwhile, three of the most powerful ministries – Defense, Justice, and Interior – remained unfilled for eight months, until June 2019, due to disagreement between Binaa and Islah. In one such case, Binaa nominated Falih al-Fayyad, the chairman of the PMF commission, who has deep ties with Iran. His nomination was strongly opposed by both Islah and Sadr, who demanded all three positions be filled with non-partisan technocrats.

In addition, Sadr’s repeated threat to withdraw support for Abdul-Mahdi if the cabinet weren’t finalised was seen as pressuring Abdul-Mahdi to obtain other key posts for Sadr’s Islah bloc.

The delay in forming Abdul-Mahdi’s cabinet was a clear indication that any substantial reform to Iraq’s political system would not be happening quickly.

Another indication was Iraq’s 2019 budget, which took four months of debate and deadlock before it was approved. The budget allocated US$2.1 billion – nearly 25% of the budget of the Ministry of Defense – to the PMF, which was incorporated as a state institution. In comparison, this was two-and-half times more than the allocation for the Ministry of Water Resources, and three times more than for Iraq’s Counter Terrorism Service. Abdul-Mahdi also agreed to increase the salaries of PMF members to the equivalent of their counterparts in the Iraqi army.

This allocation for the PMF is widely perceived as a kickback to the organisation and its members in Binaa, at the expense of vital funding for essential services. Additionally, more than 50% of the budget was allocated to government salaries, pensions, and benefits – making clear that state coffers would continue to feed the existing corruption of political elites, including those in Binaa and Islah, while neglecting the dismal state of Iraq’s economy and essential infrastructure.

Continuing corruption and the failure to invest sufficiently in Iraq’s economy and essential services are at the centre of the current protests and most protests in recent years. The backlash is not only against Abdul-Mahdi’s government, but also against the PMF. Multiple PMF offices in Iraq have been torched by protesters, accompanied by anti-Iranian slogans.

Amid this chaotic backdrop, Abdul-Mahdi has renewed his promise of reforms to combat corruption, as a concession to the protesters. Navigating between the competing interests of the two electoral blocs that keep him in power, however, while pursuing a reform agenda will be a challenge. Abdul-Mahdi may be sincere in his promise, but as long as he remains ensnared in the patron-client politics exemplified by Binaa and Islah, his efforts are unlikely to find much success.