Locking off waters to protect biodiversity won’t work without recognising that fish don’t care for the lines on a map. 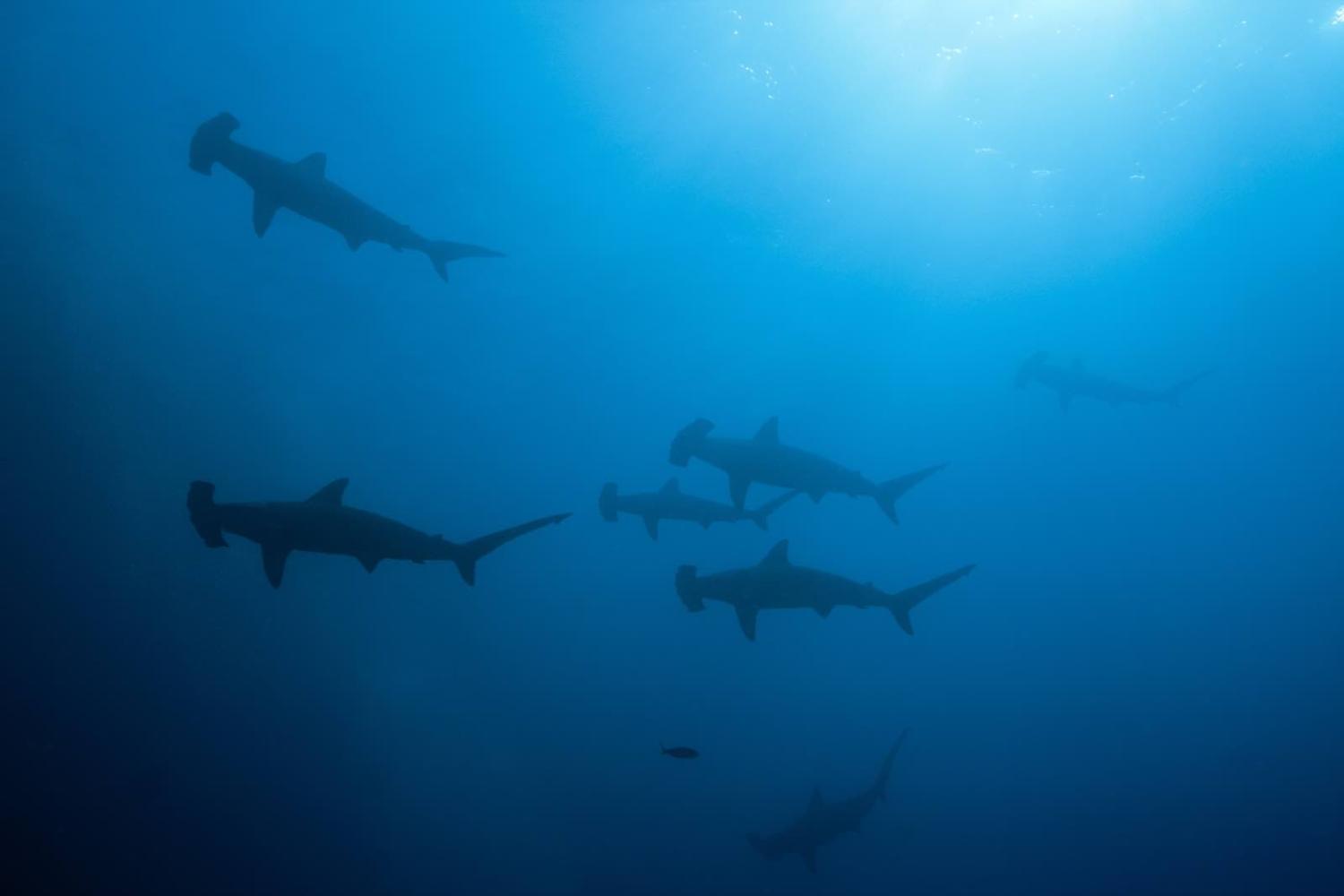 The Galapagos Marine Reserve (GMR) covers 133,000 square kilometres and was established in 1998 to protect the remarkable biodiversity of the Galapagos Islands off the coast of Ecuador. Last month, Ecuadorian authorities in Guayaquil spotted a fleet of 260 Chinese boats fishing in the area around the GMR. This action was not contrary to international law, as the boats were sailing in international waters. Yet they were fishing in a zone where endangered migrating species transit to and from the reserve, such as silky shark, whale sharks, and hammerhead sharks.

While some Chinese fishing vessels have taken the trip to the area once each year since 1978, the size of the fleet this year was unprecedented. The consumption of seafood in China has increased rapidly over recent years, which may explain why more Chinese ships are needed to meet the demand.

A new report on distant-water fishing (DWF) published last month by the Overseas Development Institute found that China’s DWF fleet is five to eight times larger than previously estimated, with 16,996 vessels, most of which are trawlers. The same report concludes that at least 183 vessels in that fleet are suspected of involvement in illegal, unreported and unregulated fishing, or IUU fishing.

The presence of such a large fishing fleet around a marine protected area comes as a blow at a time when multiple countries (many of them small to extremely small) are committed to preserving biodiversity.

In 2019, China ranked as the country most likely to contribute to IUU fishing, out of 152 countries. The index measured countries on 40 indicators, with China scoring poorly on many of them, both as a flag state (scoring poorly on indicators relating to IUU fishing), and as a port state (with too little monitoring in China’s ports also leading to IUU-fishing issues).

Ecuadorian scientists have expressed concern over the opacity surrounding the quantity and type of species fished.

“We don’t know what these fishing fleets are really up to, and we don’t know how much they fish,” one biologist said.

Ecuadorian authorities were also tense after discovering the fishing fleet this year, anxious not to repeat a 2017 incident, when the Fu Yuan Yu Leng 999, a carrier vessel which carries illegal catches from fishing ships back to port, was intercepted after crossing inside the GMR. The ship was discovered to hold 300 tons of fish, of which half was threatened shark species. Twenty fishermen were jailed for up to four years, with a US$5.9 million fine imposed.  In response to the sighting this year of Chinese vessels, the Ecuador government has said: “We are on alert, [conducting] surveillance, patrolling to avoid an incident such as what happened in 2017.”

The question is whether the Chinese government is aware of these protection violations and is willing to assist Ecuador authorities.

The US has a clear view, with Secretary of State Mike Pompeo tweeting on 2 August, “It is time for China to stop its unsustainable fishing practices, rule-breaking, and wilful environmental degradation of the oceans. We stand with Ecuador and call on Beijing to stop engaging in illegal, unreported, and unregulated fishing”. China’s Foreign Ministry Spokesperson Wang Wenbin responded tersely in a press conference a few days later, noting the US is still yet to ratify the UN Convention on the Law of the Sea (UNCLOS), so “we wonder how the US is qualified to make accusations against other countries’ maritime affairs”. China’s government doesn’t necessarily have control over all Chinese vessels, since a majority (more than 70%) are privately owned.

Last week, China agreed to an Ecuadorian request to supervise its fishing boats on the high seas, and announced that the Chinese government would have a zero-tolerance policy towards any ships involved in IUU fishing. The details about this supervision have not been specified publicly, but it appears to be a protection win for a small coastal country. China had already declared last month that it would implement a ban on squid fishing in specified areas from September to November, one of which is close to the Galapagos Islands.

Still, the presence of such a large fishing fleet around a marine protected area comes as a blow at a time when multiple countries (many of them small to extremely small) are committed to preserving biodiversity in such reserves. Efforts made to protect might seem futile if large fishing nations simply fish around the zone protected, hence directly affecting the species meant to be protected by the protected area. In this instance it appears China’s government has acknowledged the violations by agreeing to Ecuadorian supervision of its DWF. It is worrying to consider what alternatives were available to Ecuador if the Chinese government had acted.

Fishing around a reserve is precisely the type of problem identified by advocates such as the Pew Bertarelli Ocean Legacy, a large NGO program championing ocean protection, which has argued that even a well-regarded protected area such as the GMR is not large enough to protect the biodiversity as intended. The bigger issue is the “biodiversity governance gap” – the fact that international law at present still does not tackle the issue of biodiversity monitoring and conservation in international waters. In this sense, it can be argued that to be most effective, the creation of national marine protected areas, whether in territorial waters or inside economic exclusion zones, must be paired with international agreements on fishing – a global ocean treaty to preserve our common oceans and their richness.

Previous Article
The most important American election ever?
Next Article
What we have lost: International education and public diplomacy

Non-state actors using drones that cost a couple of grand to build are now pitted against some of the world’s most expensive and sophisticated weaponry.
David Brewster 14 Jul 2018 18:00

Why India is buying the world’s emptiest airport

The prospects for China’s post–Covid-19 economy

Big questions loom around how China can jump-start growth after the coronavirus crisis and the US trade war.