Israel’s elections: many messiahs, but only one king

Benjamin Netanyahu survived a scare, and why should anyone be surprised when a noble amateur loses to the ruthless pro? 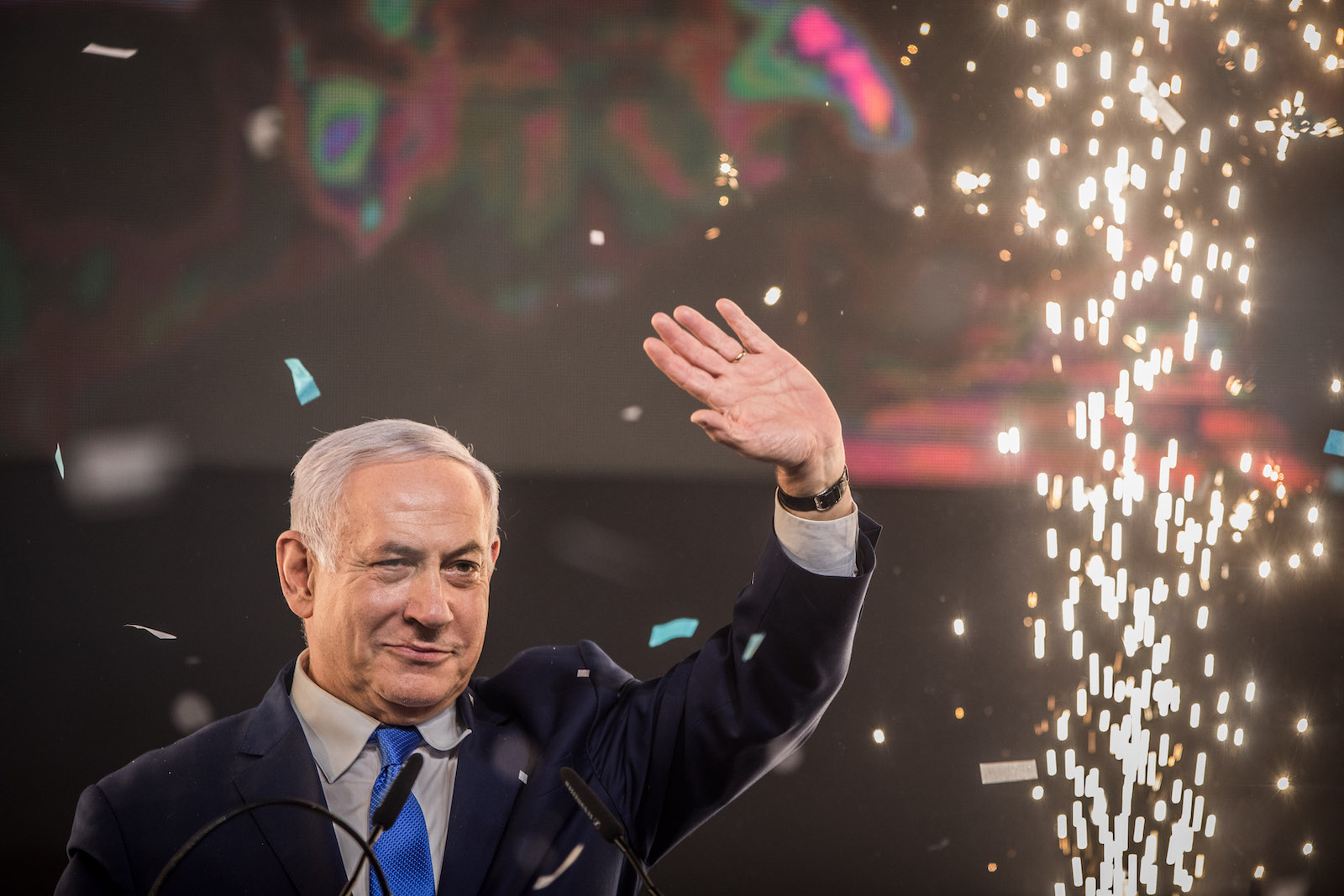 Twenty years ago, Benjamin Netanyahu – “Bibi” to friends and foes alike – lost in an electoral landslide to Ehud Barak, then head of the Israeli Labor Party. It ended his first term as prime minister. Many thought it would be his only term.

I remember standing in a densely packed Rabin Square in Tel Aviv on election night watching Barak heralded as the new messiah of Israeli politics: a non-politician (he was a military hero and former Chief of General Staff) who would transform Israeli politics and society. Bibi, meanwhile, was being despatched by most observers to the rubbish receptacle of history.

To his most ardent admirers Bibi is “King of Israel”. To his equally passionate detractors, some of whom share his ideological outlook, he is mendacious and Machiavellian.

To be fair to that last prediction, Bibi did spend a fair amount of time in the political wasteland after 1999. When Barak stumbled out of office in 2002, a failure caused as much by his own political ineptitude as the collapse of the peace process he was trying to conclude, Likud returned to power. But it was led back into office not by Bibi, but by an older war-horse, Ariel Sharon.

Sharon made Bibi his Finance Minister which did a lot to rebuild his reputation, at least as a steward of the Israeli economy, which boomed under his watch. But it would be a decade following his ignominious defeat in 1999 before Bibi would return to the Prime Minister’s chair in 2009, a seat he has occupied ever since.

In a few months he will overtake Israel’s founder David Ben Gurion as the country’s longest serving prime minister. To his most ardent admirers Bibi is “King of Israel”. To his equally passionate detractors, some of whom share his ideological outlook, he is mendacious and Machiavellian. The fact that he won this election with a corruption indictment hanging over his head explains as much about why people love him as why they loathe him.

In his decade in power Bibi has watched new political messiahs rise to challenge him, from the left, the centre and the right. Like Barak before them they have mostly been political neophytes: a few spies; a tech entrepreneur; a TV host; and a conga-line of generals.

Some of them gave Bibi a good scare politically. Some ended up serving with him in coalition (as did Barak when he came back for a time to a serve as Bibi’s Defence Minister). More fell by the wayside including most recently, Naftali Bennet, a man talked about as a future prime minister at Israel’s last election, and now booted from the parliament in this one.

But really, why should anyone be surprised when another noble amateur loses to the crafty, ruthless pro? (And not just in Israeli politics.)

Bibi’s main challenger in this election, Benny Gantz, another recently retired head of the military trying his hand at politics, is the latest addition to the messiah roll call. He even had a few former messiahs and half-messiahs working with him, most notably Yesh Atid leader Yair Lapid.

Even though – indeed precisely because – he narrowly lost to Bibi, Gantz is being feted like many of his messiah-predecessors. Some observers will tell you Gantz’s performance was nothing short of a miracle, given that his hastily assembled political coalition ended up winning just one seat less than Likud. Some may even argue – or rather hope – that this has brought Gantz within striking distance of the king.

But Israeli politics does not work that way and if Israeli political history is any guide, it is more likely that Gantz will end up like the messiahs that came before him: peaking early and petering out. In fact, don’t rule out Gantz and/or his party joining Bibi’s ruling coalition, despite current protestations against such a possibility. At this point, that seems the most likely miracle.

Show Comments
Previous Article
The souring mood towards Beijing from Berlin
Next Article
Australian media: missing in action on Bougainville