West Papua: Looking for an opening

Allowing more access would be an important first step to ending human rights abuses in the troubled Indonesian province. 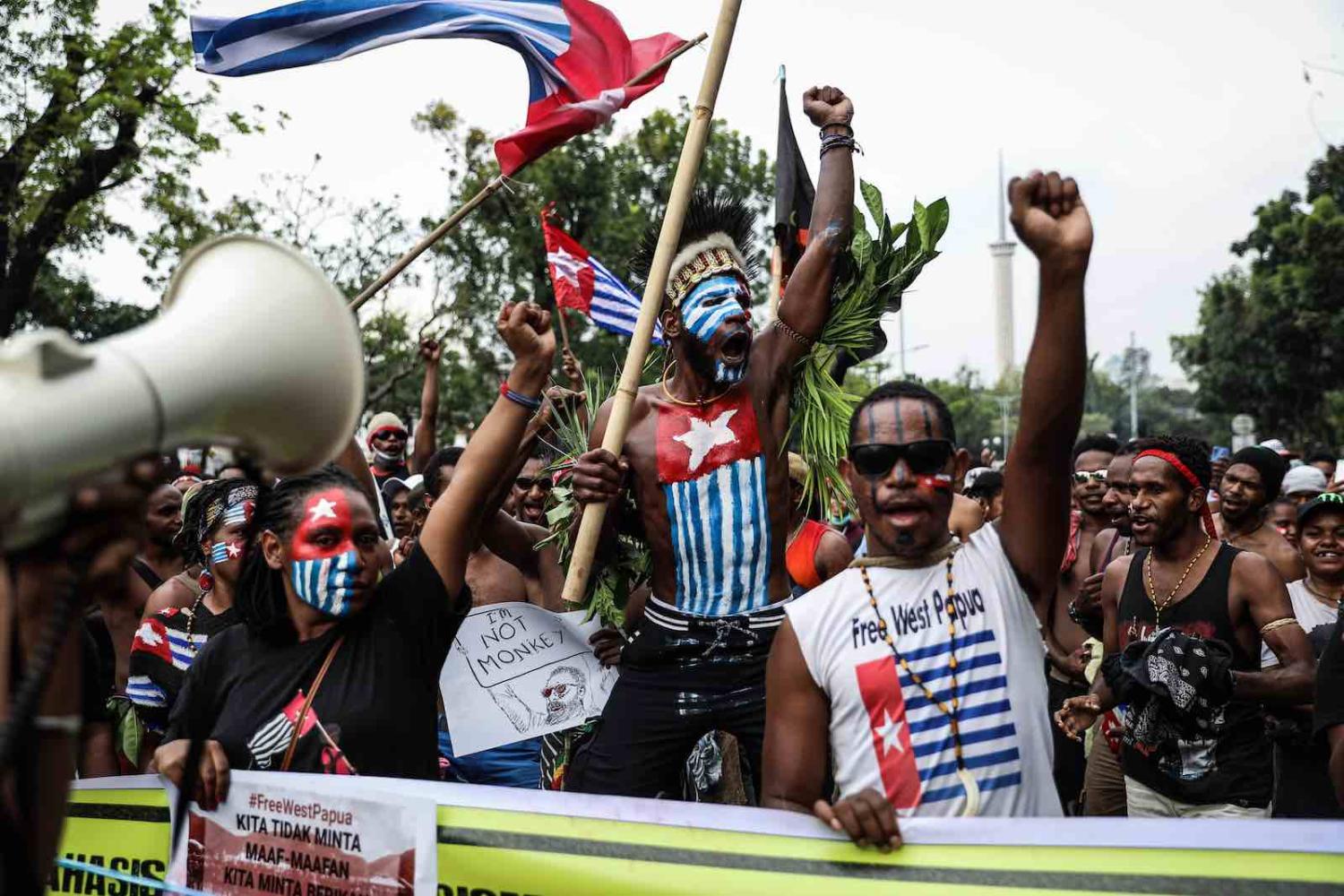 When the world is grappling with the kind of calamity few of us have experienced before, it can be easy to forget other crises. Climate change springs to mind. So, too, does the record level of human displacement around the world, a problem largely driven by conflict.

That brings us to the long-simmering conflict in Indonesian-administered Papua region, or West Papua as it’s widely known, where a decades-long struggle for independence by the indigenous Melanesians shows little sign of abating.

In recent months, violence and unrest have intensified in West Papua. Factions of the West Papua Liberation Army have escalated their attacks on Indonesian security forces and other apparatus of the state in Papua’s rugged interior, including the massive Freeport gold and copper mine. Indonesia’s military has deployed even more forces to the region to weed out the independence fighters and protect the big infrastructure projects of Joko Widodo’s government, such as the Trans-Papua road, adding to displacement of Papuan villagers in their thousands from the central highlands. Police often conduct mass arrests, such as last year when widespread protests erupted in response to racism against West Papuan university students in East Java. In the mass demonstrations and related riots, at least 59 people are recorded to have died in Papua. As a result of the unrest, dozens of people, not all of them Papuans, have been charged with treason. Things in West Papua are not tracking well.

Pacific countries are looking to see Jakarta live up to its claims of being “family” and take action to end human rights abuses in West Papua.

Although the group represents only a fragment of the independence movement, continued attacks staged by the Liberation Army’s guerilla fighters will most likely ensure Indonesia clamps down harder with security forces in Papua, increasing the likelihood of more human rights violations, which only adds to the sense of disenfranchisement among West Papuans. Unless the cycle of conflict and mistrust can be broken, West Papuans will continue to agitate for independence. As members of the wider region that contains West Papua, how much longer can Pacific countries neglect this conflict?

For many years, persistent abuses against West Papuans have prompted deep concern in the Pacific Islands region, particularly among Melanesian states. Vanuatu has led the way, but it is not the only Pacific country to have been pushing the UN to take action, while it has facilitated the greater involvement of the United Liberation Movement for West Papua in regional forums. The group has international recognition but has almost no chance of a negotiation with Jakarta, such is the level of mistrust between the two.

Lately Indonesia’s government has poured increased energies into connecting with Pacific Islands governments. While not entirely aimed at countering regional support for West Papuan self-determination, these efforts have succeeded in quelling some of the noises from small Pacific counties about rights abuses in Papua. Pacific governments have an uneasy task balancing their relationship with Indonesia against their desire to support human rights, peace and stability in West Papua. Ultimately Indonesia insists it is no other country’s business, and maintains tight restrictions on outside access to the Papuan provinces. But there comes a point when a problem is no longer simply domestic, and the West Papua issue passed this threshold a long time ago. It was effectively an international problem in the 1960s when the US brokered a deal to hand over administrative control of West Papua to Indonesia from the Dutch, under the watch of the UN, with the approval of key regional players, notably Australia.

As the pandemic has shown, borders don’t mean anything when it comes to the virus. Papua New Guinea is concerned about the surge of Covid-19 cases in Indonesia, and especially the hundreds of confirmed cases in Papua region, many of which are in Mimika regency and connected to the massive Freeport mine, or in cities close to the border with PNG. Almost half of PNG’s confirmed cases are from traditional border-crossing communities who go back and forth to the Indonesian side. PNG’s coronavirus numbers may be low – partly a reflection of limited testing capacity ­– but the point is the same: the problems in West Papua affect PNG. This includes the spillover impacts from armed conflict, displacement of village communities, the flow of refugees, and tentacles of logging and oil palm development in the border region. The porous 750-km border with West Papua is an issue that PNG governments can no longer ignore. Port Moresby knows it must bolster PNG’s border protections, and for this Australia should be supportive. As next-door neighbours, PNG and Australia would like to see an end to armed conflict in West Papua. Unless some serious steps are taken to defuse armed conflict – through dialogue and acknowledgement of past abuses ­– the considerable human potential of the territory remains stifled.

West Papua has a mainly youthful population, and the vast majority are tired of violence and the climate of fear. They look to the wider region for help. While the Melanesian Spearhead Group has been an obvious vehicle for regional approaches on the West Papua issue, its membership has been divided on how to engage with Jakarta on the matter. And it remains to be seen how effectual the Pacific Islands Forum’s recent call for Indonesia to allow human rights monitors into West Papua will be. However PNG, Fiji, Australia, New Zealand and other Pacific governments will not endanger their respective stances supporting Indonesia on West Papua’s political status merely by facilitating dialogue and openness.

Pacific countries are looking to see Jakarta live up to its claims of being “family” and take action to end human rights abuses in West Papua. It’s a complex problem with no easy fix, but little steps can open up new windows for resolution. If regional countries can be allowed more access to West Papua, in areas of humanitarianism, trade and culture, these could be important first steps. Pacific governments welcome the opportunity to work with Indonesia, if it could overcome its defensiveness on West Papua and make good on its care of duty for the people of that region. Covid-19 reminds us that it’s important for the international community to work together during a crisis. If ever there was a time to put aside the hard-line approach and see the opportunity to build new bridges, it is now.

Johnny Blades is the author of a recent Lowy Institute analysis: West Papua – The Issue that Won’t go Away for Melanesia.

The White Paper relegated gender equality as a development issue, rather than a strategic priority.
Max Walden 20 Feb 2017 17:10

Democracy in Indonesia: A cause for celebration