Beyond escaping floods and crowds, the location of the new capital will have economic and geopolitical ramifications. 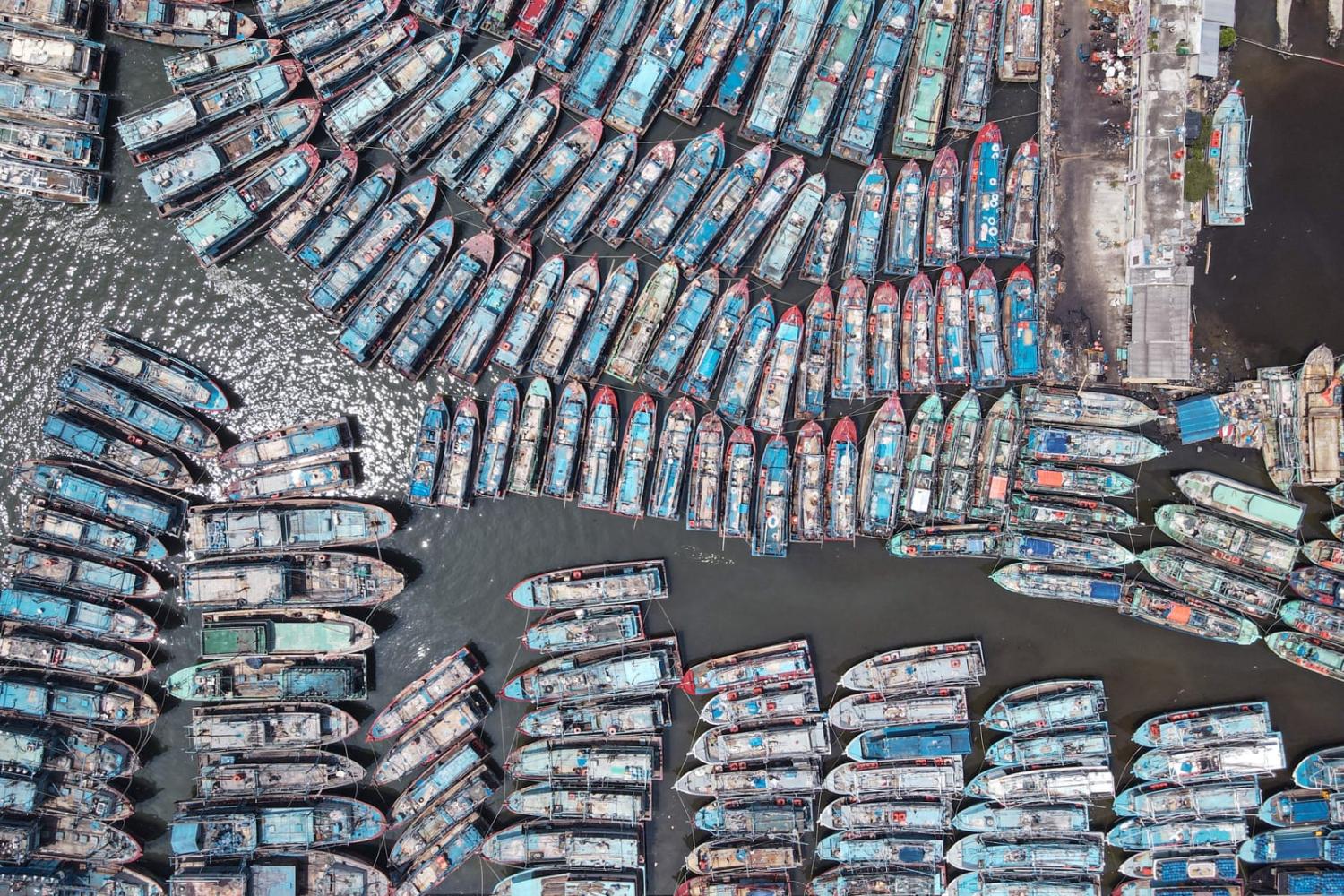 As a nation, Indonesia has a propensity for changing its capital. Over the past three centuries, there has been quite an eventful journey from Batavia (Jakarta), Bandung, and Yogyakarta to Bukittinggi, back to Jakarta, and finally to Nusantara, the proposed new capital of the country.

The plan to relocate the seat of Indonesia’s government was announced by President Joko Widodo in 2019 and this year the Indonesian parliament passed a law enabling the proposed relocation. The decision to move the capital to Nusantara was taken as Jakarta is saturated – both in a population sense, and more so by regular floods. The name “Nusantara”, which in Bahasa Indonesia means archipelago, reflects the country’s growing strategic and economic power projection ambitions.

The choice of East Kalimantan is interesting. It has been argued that the relocation is driven by geographic factors, namely its position in the middle of the Indonesian archipelago as well as it being an area free of disasters that often hit Indonesia, whether earthquakes, volcanic eruptions or tsunamis.

The economic impact is not expected to be confined to just the Indonesian side.

Strategically, shifting its capital to East Kalimantan will position Indonesia’s locus closer to areas of most interest, namely the Celebes Sea, Arafura Sea, and the Pacific Ocean. It is no secret that Indonesia aims to position itself as a dynamic Indo-Pacific power exploiting its formidable centrally located position. Indonesia’s vision for  a “Global Maritime Fulcrum” and its part in shaping the ASEAN Outlook on the Indo-Pacific are testament to its desire to play that role. Taken together with developments Indonesia is undertaking on and around Natuna Island, its objective to be a maritime player is clear to see.

Additionally, being located along the Straits of Makassar, which is being positioned as an alternative shipping lane to the very busy Straits of Malacca, the maritime salience of this move – both from strategic and connectivity parameters – cannot be overstated. 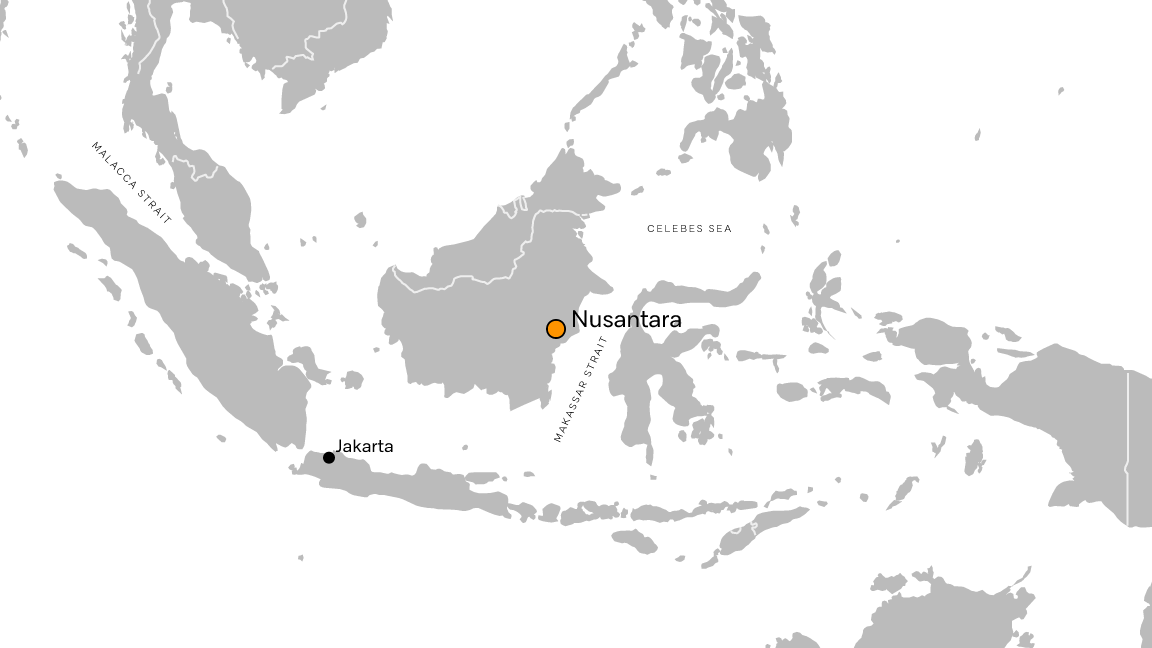 As highlighted by Planning Minister Suharso Monoarfa when tabling the bill, “The new capital has a central function and is a symbol of the identity of the nation, as well as a new centre of economic gravity.” Certainly, the deployment of civil servants and military personnel to Nusantara will create huge spill-over effects thereby creating several industrial and administrative peripheries. This will encourage the growth of new businesses to meet what is expected to be a growing demand for goods and services.

The economic impact is not expected to be confined to just the Indonesian side. Opportunities for enterprising businesses from three immediate neighbours in the vicinity – Brunei, Malaysia and the Philippines – will surely abound. Undoubtedly, the prospects for Malaysian states such as Sabah will improve. Hampered by its distance from key markets and a national cabotage policy that many local players blame for a lack of industrial development, Nusantara offers Sabah a potentially huge market much closer to home. Sarawak has already made huge strides in building up linkages with the Indonesian side. Earlier this year, a Malaysian delegation led by Minister in the Prime Minister’s Department (Sabah and Sarawak Affairs) Maximus Ongkili and Minister in the Prime Minister’s Department (Economy) Mustapa Mohamed visited East Kalimantan to explore these opportunities.

While there are security and economic benefits to be derived from the shifting of the capital, the act itself hints at the emergence of a more confident Indonesia.

Indonesia’s move will certainly require arrangements to protect its new capital. This too may have spill-over for other countries in the region. It is no secret that there are security concerns in the nearby Celebes and Sulu Seas. This area has long been a hive of piracy, smuggling and kidnapping for ransom. This is one of the reasons why Indonesia, Malaysia and the Philippines had established the Trilateral Cooperation Agreement (TCA) in 2017. Certainly, the enhanced security that this entails will also facilitate the efforts by Malaysia and the Philippines to address their own domestic security concerns, which often overlap (for instance, smuggling, illegal immigration and the Abu Sayyaf group).

These developments in the security domain can have the effect of creating a secure area that can indirectly contribute to further economic integration and growth. This may see a new impetus in the Brunei-Indonesia-Malaysia-Philippines East ASEAN Growth Area (BIMP-EAGA). This initiative was established in 1994 but has continued to be hampered by its small market, lack of physical connectivity, and security concerns.

While there are security and economic benefits to be derived from the shifting of the capital, the act itself hints at the emergence of a more confident Indonesia. ASEAN member states tend to be wary of such behaviour, be it from China or its own members, fearing that it might negatively impact the intricate balance of regional ties. But such concerns are likely to prove unfounded considering that Indonesia has not pursued an aggressive stance in its foreign policy behaviour since the 1960s.

Project Nusantara however is still at an initial stage, marred by delays including the Covid-19 pandemic. Moreover, there is also the question of financing this monumental task. Indonesia had approached Japan, but is now reported to be turning to the Middle East nations, including Saudi Arabia and the United Arab Emirates. China stands as a potential partner too, with the Governor of East Kalimantan stating Indonesia is open to foreign investments, including from Beijing, to help it build infrastructure in its new capital. That prospect raises other challenges that Indonesia may need to consider carefully, too.

Previous Article
By the numbers: Papua New Guinea and development funding
Next Article
Can the UK stop the boats?

Sneaky and inept is how Australia is presented to the world by the actions of the national team.
Rodger Shanahan 20 Nov 2017 16:07

The naval blockade of Yemen has entangled a careless Australia.
Sidney Jones 18 Feb 2019 11:30