Hopes have been dashed for moderate Islamism to undercut dictatorships, eliminate terrorism and strengthen human rights. 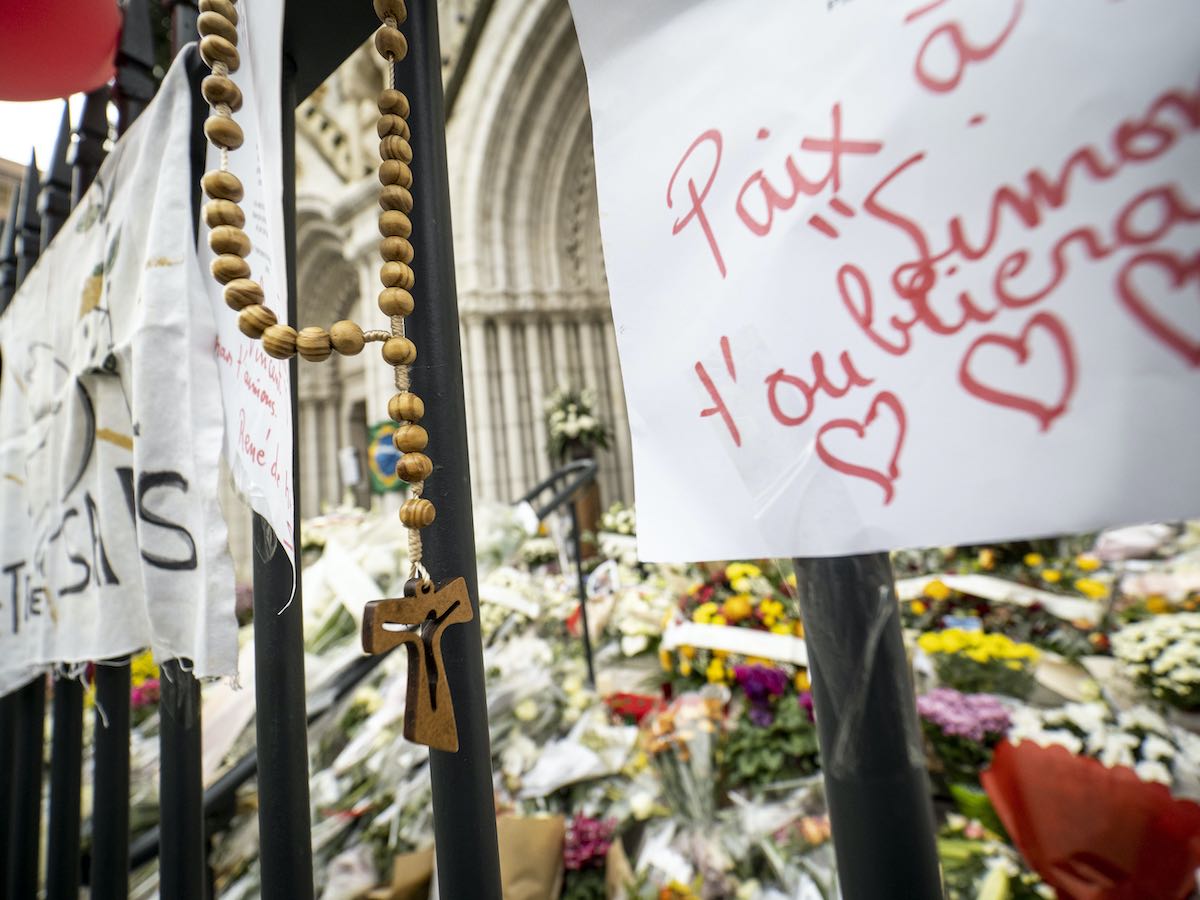 In the last five years, the French city of Nice has been targeted twice by jihadist terrorism. Both times the perpetrators were young men from Tunisia, the smallest country in North Africa, situated between Algeria and Libya.

The first incident came on Bastille Day in 2016, when an attacker ploughed a cargo truck through a crowd on the Promenade des Anglais, killing 86 people. The attack by 31-year-old Tunisian man Mohamed Lahouaiej Bouhlel, who had been living in France since 2008, was subsequently claimed by the so-called Islamic State.

In the most recent attack, on 29 October this year, 21-year-old Tunisian man Brahim Aouissaoui stands accused of using a kitchen knife to kill three people in Notre-Dame church in Nice. Aouissaoui is reported to have arrived in the French city the night before the attack, coming from Italy, a country he is believed to have illegally crossed to on a boat on 20 September.

The unfulfilled expectations of the Arab Spring have left Tunisia as a country marked by crisis.

Why has Tunisia, a country with only 12 million inhabitants and one which had been so deeply secularised under president Habib Ben Ali Bourguiba (1955–1987), become so prominent as a source of jihadists? Tunisia was famously the cradle for the so-called Arab Spring in 2010–11, yet in the years since has had the highest ratio per capita in the world of people to join Islamic State to fight outside their country (in both relative and absolute terms).

The answer lies in the failure of raised expectations. Indeed, there had been expectations the Arab Spring would bring to power moderate Islamist parties that accept democracy and would be able to pragmatically participate within existing constitutional and political frameworks. For instance, Qatar’s Prime Minister Hamad bin Jassim bin Jabr al-Thani told the Financial Times in 2011 that moderate Islamists can assist in the fight against extremist ideology:

We shouldn’t fear them, let’s co-operate with them … We should not have a problem with anyone who operates within the norms of international law, comes to power and fights terrorism.

It was assumed that these developments would eventually undermine dictatorships, eliminate terrorism and strengthen human rights. Unfortunately moderate Islamism, represented mainly by the Muslim Brotherhood, failed in these aspirations, even in Tunisia, the only Arab Spring country that completed a transition to democracy in which the Islamists played a leading role.

The new Tunisia taking shape in the aftermath of the 2011 revolution has seen Islamists take power and be confronted by two acute challenges, unemployment and terrorism.

The Islamist Ennahda party, founded in the late 1970s by Rached Ghannouchi (a member of the Muslim Brotherhood) and forced underground during the 24-year-rule of Ben Ali, which ended in 2011, has imposed itself as a major political force following the revolution. Having led a governing coalition from 2011 to 2014, Ennahda lost its majority in parliament in the 2014 and 2019 elections, but has remained the main parliamentary group with an omnipresent role in the circles of power.

The focus over this era has been on matters related to the transition to democracy, yet as a consequence of endless political squabbling, the economic situation has been left to deteriorate. While the democratic transition has led to various freedoms, notably the freedom of expression, this has not effectively fostered a functional democracy. Instead, the country has been caught in a deadlock due to a dysfunctional political system – a parliamentary system within which the executive has two leaders, often leading to a highly divided parliament which is unable to agree on a government.

All the while, an acute economic crisis has grown. The various responses, principally during the period when Ennahda was in power, have failed. Major sectors of the economy have struggled, such as tourism, textile production and the mining of phosphates. The rate of unemployment, affecting primarily younger Tunisians, including a large proportion of university graduates, reached 18% in the second quarter of 2020, while it was around 13% in 2010 before the revolution. The crisis has led to a significant increase in the trend of illegal immigration into Europe via Italy, swelling the operations of smuggling networks on the Libyan and Algerian borders.

At the same time Tunisia’s own security challenge has continued to grow. The country suffered attacks in 2015 targeting a tourist resort and the national museum, while a steady stream of jihadists left to fight in foreign conflicts. What’s more, Salafist ideology has been finding support in mosques, associations, the media and even parliament. Today the Tunisian parliament includes individuals accused of criminal involvement and even terrorist supporters, such as members of al-Karama Coalition, a parliamentary group with Salafist leanings. Following the recent Nice attack, an independent MP aligned with the al-Karama Coalition was investigated over a Facebook post which claimed that “insulting the prophet of God is the greatest of crimes and anyone who commits it, whether a state, a group or an individual, must accept the consequences”.

The unfulfilled expectations of the Arab Spring have left Tunisia as a country marked by crisis. Despite a decade during which moderate Islamists have played a leading role both in government and parliament, jihadism continues to proliferate. The cost is not only to Tunisia, but felt on the streets in the French city of Nice.