India’s dilemma: Neither strategic nor autonomous

The long-desired aim of strategic autonomy is still far away. And confrontation with China is much closer. 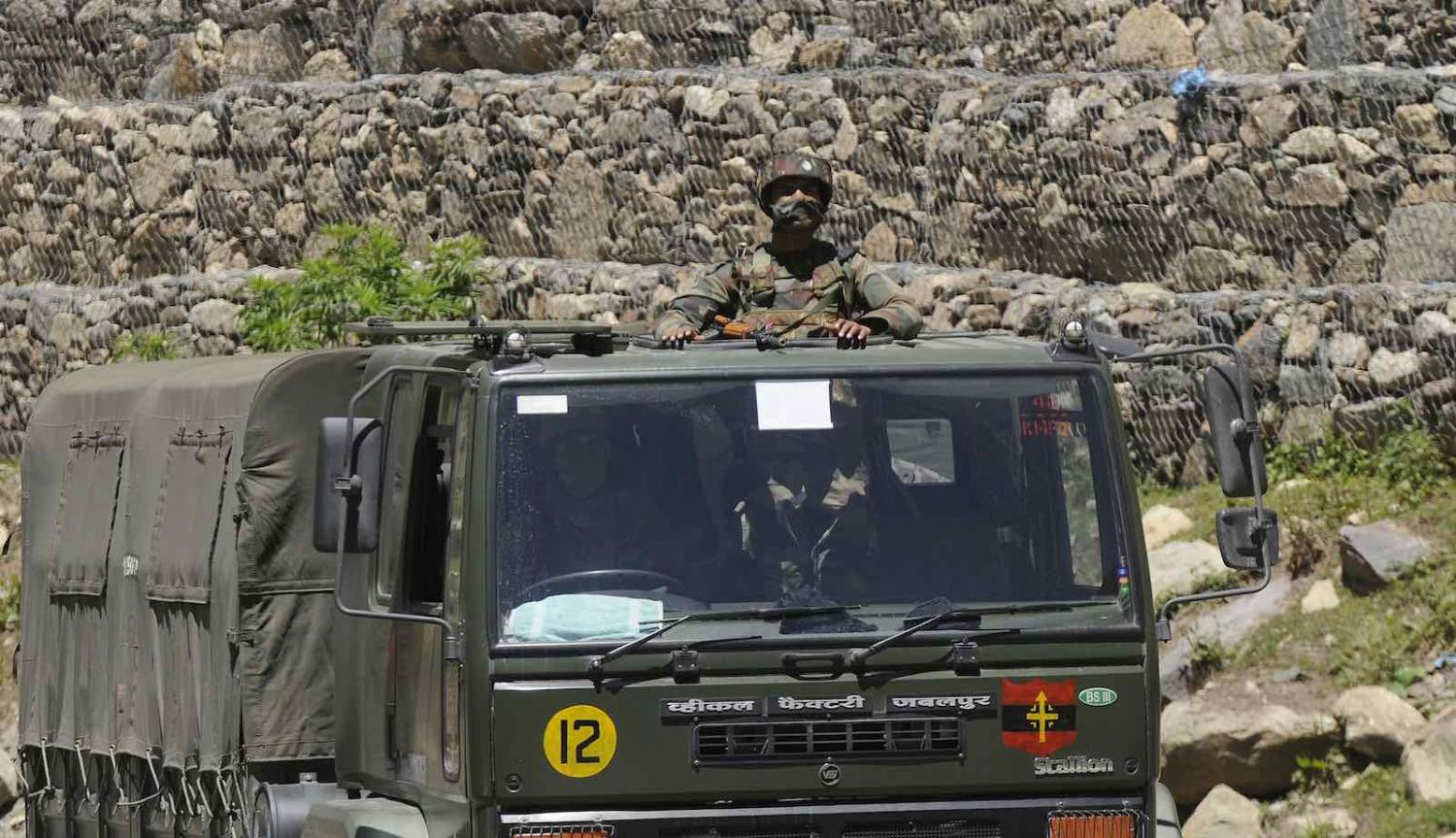 An Indian Army soldier looks out from a truck in a convoy to Ladakh, 22 June 2020 in Ganderbal, India (Waseem Andrabi/Hindustan Times via Getty Images)
Published 9 Jul 2020

The recent China-India clash in the Himalaya provides India with a dilemma: can it continue to pursue its long-desired aim of achieving “strategic autonomy”? India has never wanted to be beholden to any other nation. Formerly called “non-alignment”, this policy has become multi-bipolarity for the Modi regime: lots of fair-to-good relations with many nations, but no strong friendships or alliances.

The possibility of a serious war with China – or a “strategic miscalculation”, in Beijing’s terms – will cause India to seriously rethink this ambition. India may not have the capabilities and largesse to withstand China’s intrusive (and, to date, largely successful) “salami-slicing” tactics, which it is addicted to and will continue using against India (and others) on land and sea.

The United States is the only nation that has strategic autonomy – that is, the geo-economic strength and military capabilities that enable it, on its own if necessary, to defend itself and to operate globally when it chooses. China is developing these capabilities. India has a long way to go.

The strategic assets and capabilities of the US are many and varied. Washington has no unsettled international borders or hostile neighbours. The US enjoys untrammelled access to the sea, a raft of international allies and friends. The nation also has a large, productive population, the ability to feed itself, an advanced health and education system, large military forces, an outgoing, appealing international culture, and a strong and creative manufacturing sector.

China has a large population, large military forces and a strong manufacturing sector, with the latter one of its most significant strategic assets. While this sector has made nations dependent on cheap imported Chinese goods, China can now also manufacture high-technology aircraft carriers, submarines and planes – in numbers.

India has open sea access, a large population, large military forces and an outgoing culture. However, its manufacturing sector lags, hindered somewhat by moribund bureaucracy. It is far short of matching China’s capabilities, despite India’s “Make in India” campaign.

For India, a negative strategic change also has occurred: China no longer confronts a hostile Russia on its northern border.

For both nations, unsettled international borders pose serious challenges – with each other. The China-India border is long, mountainous and long disputed. Another unsettled border for India involves the disputed state of Jammu and Kashmir, which India claims and Pakistan desires. India could confront serious internal challenges there if the “all-weather friends”, China and Pakistan, operate together, including using proxies in the volatile Kashmir Valley. This region is important for India symbolically and to resupply troops stationed in remote and rugged Ladakh, where India confronts China on the Line of Actual Control and Pakistan nearby on Siachen Glacier.

Indian defence strategists have apparently planned for a two-front war against China and Pakistan. Problematically, however, India has some obsolete weaponry and platforms that need replacing, but it is dependent on foreign military materiel. It also is unknown if Indian forces have the agility, capability and coherence to sustain a long campaign against two seemingly capable foes. Meanwhile, India’s defence budget has shrunk to levels not seen since the first (and only) China-India war, in 1962. That said, India may have air superiority over both rivals.

For India, a negative strategic change also has occurred: China no longer confronts a hostile Russia on its northern border. This is significant. In 1971, when India fought and defeated Pakistan, the Russian-dominated Soviet Union put considerable pressure on China, including threatening an attack. This prevented China from helping Pakistan. India can no longer rely on such strong, almost unequivocal, support. India and Russia are friendly, but there is no longer a strategic embrace.

Another positive change concerns the US. In 1971, the US Seventh Fleet sailed into the Bay of Bengal in a crude and belated attempt to influence (i.e., intimidate) India, which was fighting Pakistan, a member of the US-led Southeast Asia Treaty Organisation. Since then, India and the US have moved strategically closer. To Washington’s chagrin, however, New Delhi is moving slowly, with no inclination to become a US ally.

The so-called “Quad” comprising the democracies of Australia, India, Japan and US – perhaps “quadocracy” is a better term – offers India some options and hope as they re-arm. However, New Delhi would be foolish to rely on their unequivocal support. Except possibly for Japan, which also directly confronts China, these are “fair-weather friends” who will support India if it suits their respective national interests. Put simply, they are unreliable strategic partners.

Another change since 1971 is that China has developed significant relations, chiefly economic, with India’s neighbours. While this has not made these nations Chinese satellites, it seemingly has made each ambivalent, or neutral, participants in China-India rivalry. Indeed, apart from Bhutan, India’s immediate neighbours generally find India overbearing and try to keep their distance.

This relates back to India’s desire for strategic autonomy: India wants first and foremost to be self-sufficient, after which it might look to others for support or friendship – usually on its terms. Given China’s rise and India’s shortcomings, it might be time to reconsider this insular, currently unattainable, ambition.

It is time for Australia to pick up some of the slack regionally as the Trump Administration pursues an America First policy. The time is right to advance bilateral relations to a strategic partnership level.
Aarti Betigeri 20 Oct 2021 12:00