Australia could quickly make a critical – and relatively cheap ­– neighbourly investment in democracy. 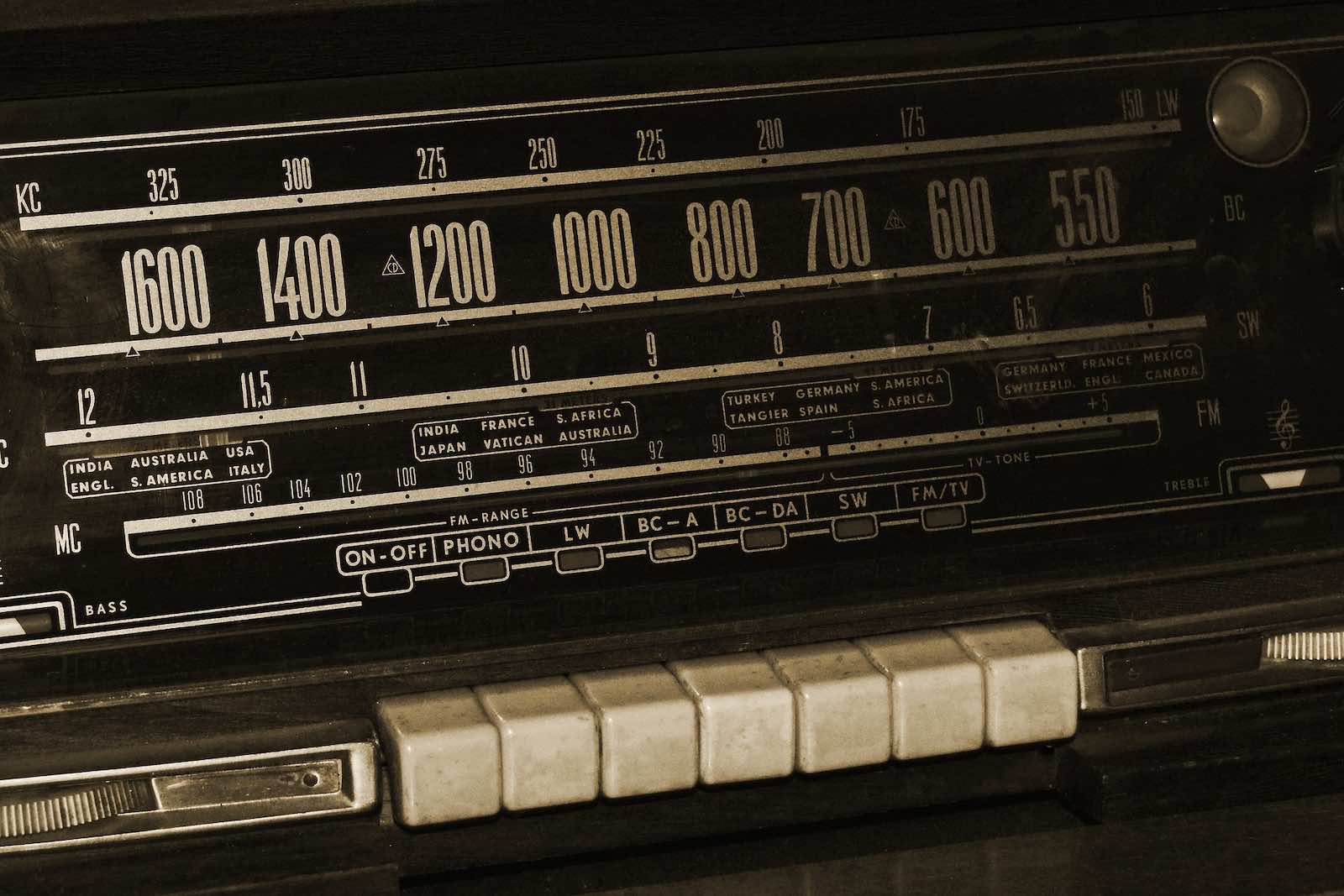 Radio has always been an important part of PNG’s media industry but has struggled to keep up a nationwide connection (anncapictures/Pixabay)
Published 3 Aug 2021 06:00   1 Comments       Follow @ShaneMcLeod

News that Australia’s Telstra could be a buyer of the Pacific Island region’s prominent mobile network and media player Digicel has put communications technology in the spotlight. The Australian government is set to underwrite the deal which some reports suggest could be worth up to A$2 billion, with the network’s dominant footprint in Papua New Guinea among its most valuable assets.

But there’s another media platform in PNG that that for just a fraction of that price could be boosted to play a much more significant role in the lives of the country’s citizens: radio.

Radio has always been an important part of PNG’s media industry. Despite the remarkable rise of digital platforms, and the growing prominence of television, radio remains the most effective platform for reaching audiences in PNG where around four in every five people live outside of the formal economy. You don’t need to be able to read, or buy mobile credits, or have access to mains power to listen to the radio. If you own a wind-up or solar powered receiver, you don’t even need to buy batteries.

One option to get a national service established quickly would be to fund a shortwave service, beamed back across the country from offshore.

However, radio has struggled to keep up its nationwide connection with PNG. Decades of under-funding have left national broadcaster NBC barely able to keep its transmitter network alive. As few as one in three of its nationwide network of transmitters is in operation at any time. Those that are on-air tend to serve the urban audiences that already have other media options. For those in remote and rural areas there’s little to listen to – and even less since regional broadcaster ABC Radio Australia switched off its long-range shortwave transmitters in 2017. The lack of a reliable, national radio service is a big issue as the country heads towards elections next year.

There are welcome signs that PNG has recognised the challenge. The national government has been backing NBC’s management to make transmitter rebuilds a priority. One moribund colonial-era site has been recently relaunched after years missing from the dial. PNG’s government wants to see more transmitters back in operation in the years ahead.

But the costs are high, capacity is limited ­– and the elections are less than a year away. Donors like Australia can help.

As I write in a new policy brief for the Lowy Institute, Bridging Papua New Guinea’s information divide, one option to get a national service established quickly would be to fund a shortwave service, beamed back across the country from offshore. Such a service was trialled in 2015 for the Pacific Games, and was warmly welcomed by listeners across PNG. With funding and determination, such a service could be back in operation quickly. The disused former Radio Australia transmitter site in North Queensland would be a good strategic investment for Australia to make. But if that proves too costly, or logistically difficult before the elections, capacity could be bought on other shortwave sites in Guam, Singapore or New Zealand. 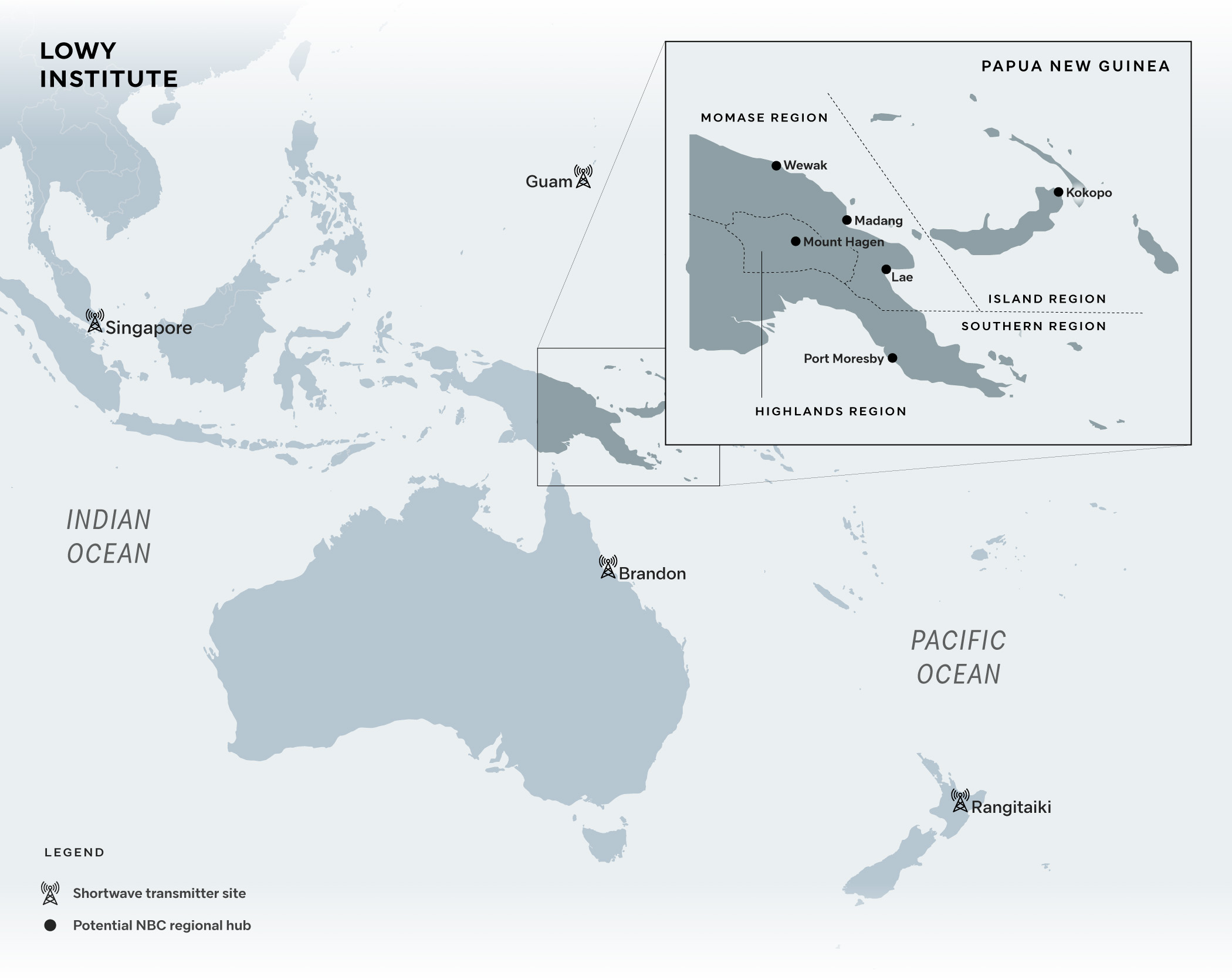 This would be an interim step. At the same time, NBC needs support to successfully get as many of its domestic transmitters as possible back in operation in time for next year. Australia could help PNG make substantial progress on both these fronts for around $10 million – under 2 per cent of Australia’s current aid spend over the next 12 months.

Yet success in getting stations back on air has the paradoxical effect of consuming even more of NBC’s limited operational budget in electricity supply costs.

So, alongside the focus on transmitter rehabilitation needs to be a tough conversation about structure. That means NBC considering a move from a complex provincial structure built around 22 hyperlocal stations, to one focused on PNG’s four main regions.

Longer term, as audiences get better access to interactive and digital platforms, the advertising revenues that support PNG’s broadcast industry will become increasingly stretched. NBC along with other PNG media industry players will need to reduce transmission costs to remain sustainable. This means cooperation and co-location between broadcasters. As the owner of TV networks, radio stations and NBC, PNG’s government has the opportunity to push these discussions forward now.

Broadcasting will continue to play a critical role in PNG’s national life for many years to come, connecting people in times of disasters and upheaval, and providing a fundamental communications platform for people without any other means of connecting.

For a mere fraction of the cost of the proposed investment in the mobile operator Digicel, Australia can support PNG to maintain this critical national institution and invest in the future of its democracy.

Show 1 Comments
Previous Article
How many times? Reckoning with gender-based violence in PNG
Next Article
India-US ties: Work in progress