Leaders’ communiqués: Do we need them anymore?

Even without a statement to share the results of summit deliberations, global leaders’ meetings still get things done. 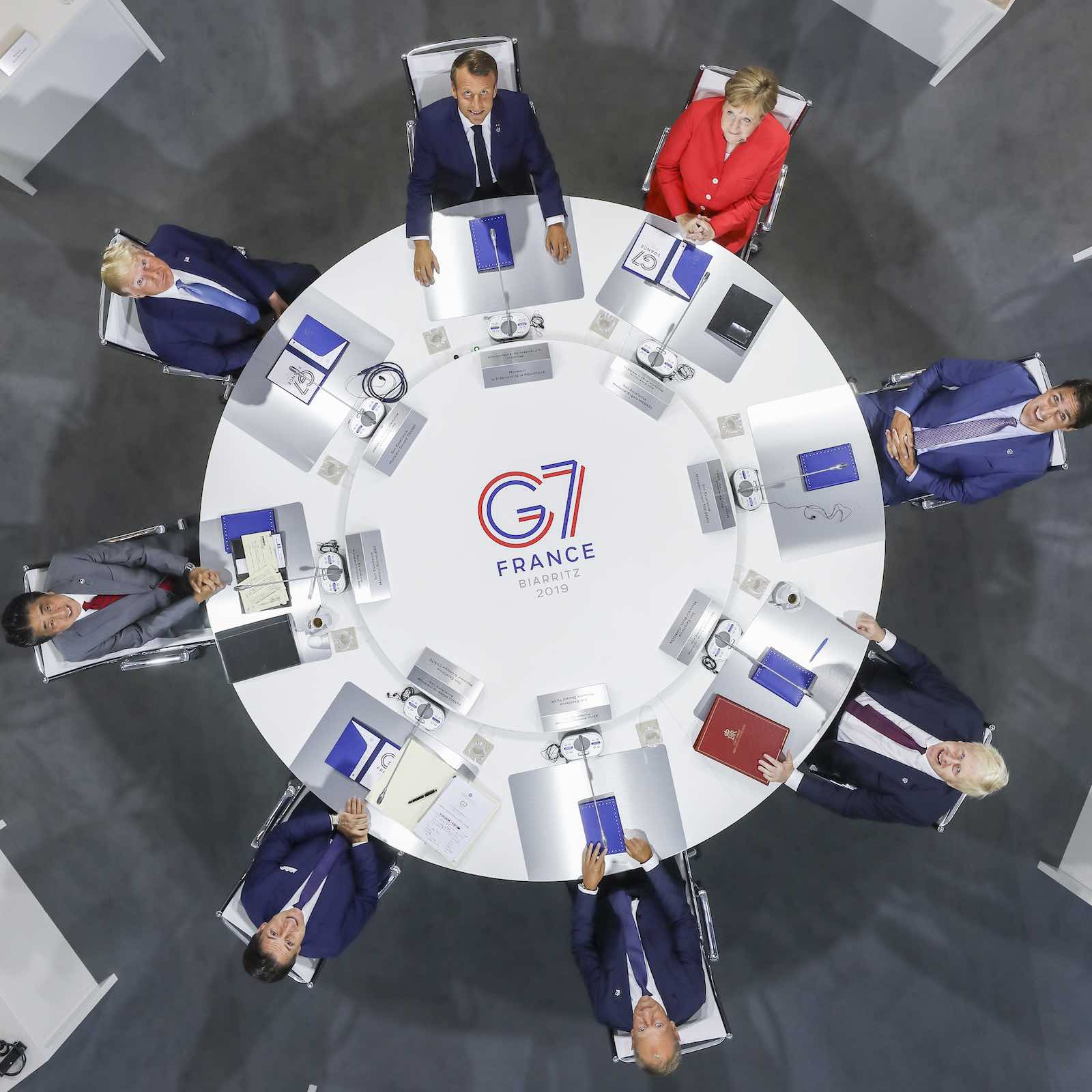 This year’s summit season in global diplomacy is in full swing. The G20 and G7 leaders’ meetings are done and dusted, as is the Pacific Islands Forum. Preparations for the East Asia Summit and APEC are entering top gear. The business of global governance has, however, become decidedly edgy, with media spats and tweet storms swirling around what used to be an orderly process for sharing the results of these summit deliberations.

Questions are being asked about why communiqués have been considered necessary and why so much effort is spent ahead of meetings on words leaders might agree when they meet.

The “Gs” format for top leadership dialogue on thorny global issues has been around since French President Giscard d’Estaing launched the G7 in 1975. A transatlantic body plus Japan, it also included Russia from 1997 to 2014, until Moscow's membership was suspended after the annexation of Crimea.

Last month’s G7 meeting in Biarritz broke new ground with an advance announcement by French President Emmanuel Macron that there would be no official communiqué. He declared it would most likely be a pointless exercise, hinting at differences between the US and other members on climate change, taxation and regulation of internet services, and elevated tensions over tariffs.

No-one has forgotten the drama of last year’s G7 meeting in Canada, where differences, especially over the US steel and aluminium tariffs imposed on grounds of national security, raised the temperature. The image that went viral of US President Donald Trump, seated with arms folded and a determined jaw set, seemed to capture the rift.

Media reports at the time suggested that workaround trade language for the communiqué on “support for a rules-based trading system”, while avoiding mention of protectionism, had already been agreed. Yet offence taken over responses to questions by Canadian Prime Minister Justin Trudeau at his concluding press conference brought that agreement undone when Trump tweeted instructions to US officials not to endorse the communiqué. It was, according to Angela Merkel, “sobering and somewhat depressing”.

Little wonder then that Macron decided to cut possible losses by dispensing with a communiqué altogether in Biarritz. Reporting suggests the personal dynamics were calmer this year, although tensions persist between the US and other members on trade, climate, digital regulation, and Iran. France even added risk, inviting the Iranian Foreign Minister Javad Zarif for a side meeting just before the summit. In the end, though, the fireworks of the previous year were avoided.

Leaders’ communiqué hostilities also slid into APEC, the 21-member organisation established to foster economic cooperation and openness across the east and west of the Pacific Rim, in its Port Moresby meeting last November. Tensions over trade between the US (represented by Vice President Mike Pence) and China, already evident at the previous meeting in Vietnam, boiled over into a communiqué row. The stand-off was handled through the device of a text issued on the authority of the host chair but not officially agreed by all.

The world’s newest leaders’ grouping, the G20, managed in Osaka this June to settle a communiqué – fudging trade differences and agreeing on efforts to tackle marine plastic debris.

Established and essential in the worst of the global financial crisis in 2008, the G20 includes heads of government and central bankers. It broadens dialogue on global economic governance to include China, India, and other emerging economies. Australia, a top-20 country on most measures, also made the cut – a welcome boost to thin opportunities we had before APEC and the G20, when Australia’s summitry was limited to the South Pacific Forum and the Commonwealth Heads of Government Meeting every other year. (The guest invitation for Prime Minister Scott Morrison to Biarritz this year was a bonus.)

In the wake of recent communiqué antics, questions are being asked about why they have been considered necessary and why so much effort is spent ahead of meetings on words leaders might agree when they meet.

To support most of the G groups, high-level officials are appointed to settle subjects and initiatives on which leaders will deliberate and opine. They meet and communicate over months to build common ground or at least distil differences. Ultimately the hope is that the “magic” of frank, private discussion at the top might achieve breakthroughs.

This can happen, as it did when APEC Leaders embraced Bogor commitments to free and open trade and investment. Failing big leaps forward, leaders’ private retreats can clarify differences in ways that suggest new pathways, or at least lower the temperature over disputes for resolution another day. This can be especially important to enliven negotiations bogged down at lower level in other bodies, such as agreement on launching the Doha trade negotiations in the World Trade Organisation or settling the Paris Accord in the UN climate-change process.

Another spin-off from leaders’ meetings is the occasion for separate bilateral discussions. Australia's then–prime minister John Howard, for example, made breakthrough progress at the margins of the 1999 Auckland APEC leaders meeting by establishing the INTERFET force for East Timor.

In these unsettled times, we need the best diplomatic confidence-building devices we can muster. Leaders’ meetings are an indispensable part of the architecture. Abandoning the effort to capture the results of dialogue in the written word is a symptom of the troubled state of global governance, rather than a reform to streamline its procedures. We should not be surprised, all the same, if G meetings without communiqués become more common.

Show Comments
Previous Article
How the people of Timor‑Leste feel about security
Next Article
Trump: When will enough be enough?