Trump: When will enough be enough?

After a month of manic and bizarre behaviour, the President’s approval ratings barely move. 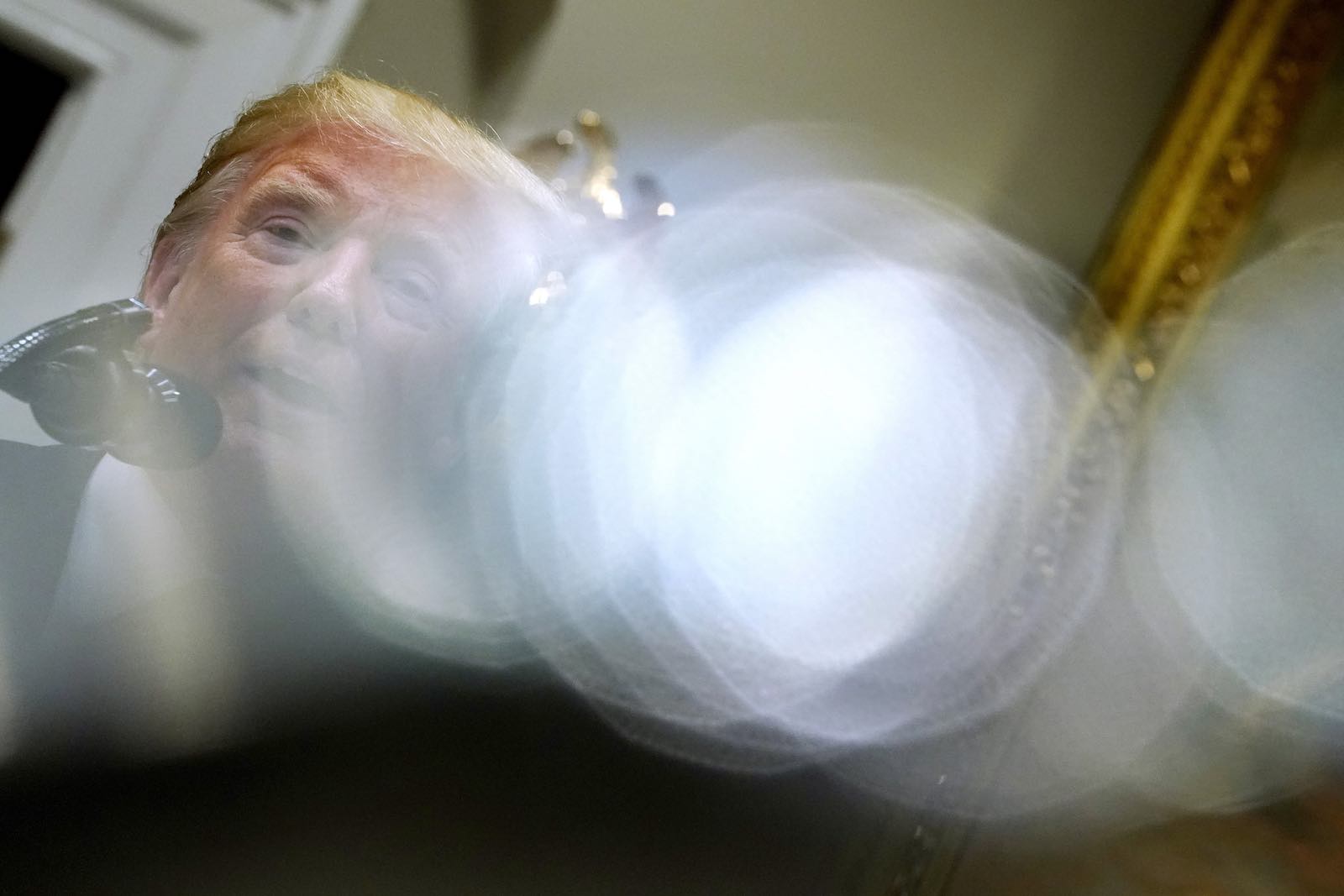 If the President Donald Trump’s behaviour in August did not drive away his voters and open discussion of the Constitution’s 25th Amendment fitness clause, what will?

Surely one of the great questions to emerge from the Trump presidency is the stubborn persistence of his low 40-per cent approval rating. No matter what Trump does or says, this number rarely falls for long. It has occasionally slipped as low as the mid-30s, and less often bounced up to the mid-40s. But these rises and falls do not stick.

As Trump has jettisoned his more professional staff – the so-called “adults in the room”, such as former Secretary of Defense James Mattis or former Chief of Staff John Kelly – his behaviour has become more outlandish. Yet if anything, his polling in the current “let Trump be Trump” period has been slightly higher than before. Trump in 2019 has generally stayed above 40%. On the flipside, no amount of Trumpian boasting about the economy – some of it deserved – has pulled his numbers up.

Trump has been lying for so long about his career, his wealth, his real estate empire, his sexual behaviour, and now, in the White House, about policy too, that it now may simply be second nature.

Trump’s low-40s average is remarkably dogged. Usually it is observed that such a number bodes ill for Trump’s re-election. It is hard to see even an Electoral College route to victory if Trump cannot at least hit 45% approval.

But Trump’s approval immobility also raises the question: what might finally make his numbers decline? Indeed, this strikes me as the most interesting question, because Trump’s behaviour would have sunk any other president long ago.

Trump famously said that he could shoot someone on Fifth Avenue and his voters would not abandon him. This past month really put that notion to the test. Trump’s behaviour was so manic and bizarre, that his fitness to serve became a widely discussed issue (good examples: here, here, here, here, here). Others argued that Trump has always been like this, so August was nothing new.

My own sense is that yes, Trump did cross some kind of psychological unfitness rubicon in August – consequently raising the spectre of the 25th Amendment, which lays out the process for removing a president incapable of fulfilling the duties of office ­– because there was just so much bonkers commentary so rapidly. To briefly review, in August Trump:

There are three ways to interpret these kinds of comments.

First, strategically: Trump may be lying and exaggerating as a loyalty test. This is common in cults of personality, such as North Korea or Jonestown. The great man – and it is almost always a man – gins up enormous lies, and those retainers who nonetheless recycle them are identifiable as the most loyal and servile. This feeds the argument that Trump is playing “three-dimensional chess” and actually brilliantly manipulating us all. Yet Trump’s government is so shambolic and Trump himself so sloppy and poorly prepared for almost every initiative of his administration, that it is hard to believe.

Second, pathological: Trump lies, exaggerates, and provokes because he enjoys it and/or is addicted to the thrill it gives him. Trump has been lying for so long about his career, his wealth, his real estate empire, his sexual behaviour, and now, in the White House, about policy too, that it now may simply be second nature. Perhaps the best evidence of that is that Trump often lies unnecessarily, just for fun it seems, or because he simply can’t help himself.

Third, psychological: Trump actually believes what he is saying, so he is not actually lying in his own mind. This is the most frightening possibility. It means Trump is building a fantasy world on Twitter, and his voters, by extension, believe in this alternate reality. In this world, former president Barack Obama is a Muslim, senator Ted Cruz’s father tried to kill JFK, and the Clintons were involved in the recent death of financier and accused sex offender Jeffrey Epstein.

As explanations for Trump’s irreducible approval rating, all are quite disturbing. The first suggests Trump voters have fallen for a personality cult, where they spout lies along with the president to belong to a group, to “own the libs”, and so on. The second suggests they have abjured responsible governance. Trump lies and provokes unnecessarily, but administrative chaos is the point? The third possibility suggests that Trump’s fantasy world is something they too believe in, or so desperately want to believe in, that they let themselves be pulled along.

But these explanations still leave open the core question of whether Trump might one day go too far. These three arguments, reinforcing each other, create a distinct Trump–Fox News bubble, but it has never been clear what, if any, comment Trump might make that finally cracks that 40+% and sparks an inquiry into a 25th Amendment removal.

Trump will not shoot someone in public, but what if he were to defend the core institution of white supremacy in US history, slavery? What if he spoke approvingly of fascism? His liberal critics already accuse him of that routinely.

August 2019, I believe, will go down in the history of Trump’s first term as the moment when his unfitness for office became manifest and undeniable. Much as “send her back” ended the media’s strained effort not to directly call Trump a racist, so will the sheer volume of outlandish unpresidential remarks from last month be a rubicon on the fitness issue. It is now quite obvious that Trump is unwell and overwhelmed by the office.

The 25th Amendment solution to Trump’s presidency should be entertained. As many observers have noted, had any other white-collar professional in a position of authority talked like Trump did last month, she or he would almost certainly be removed or investigated – in a bank, company, government agency, university, or other coordinated bureaucracy.

Trump will not, of course, be removed by the 25th Amendment, because the Republicans around him fear the voter backlash of that stubborn approval rating. That is why the question looms so large: just how far would Trump have to go that his base would crack? He has certainly gone farther than anyone ever expected.