Lessons of yet another Indonesian blasphemy case

Corruption permeates the Indonesian courts, making the perception of a country abiding the rule of law a sad illusion. 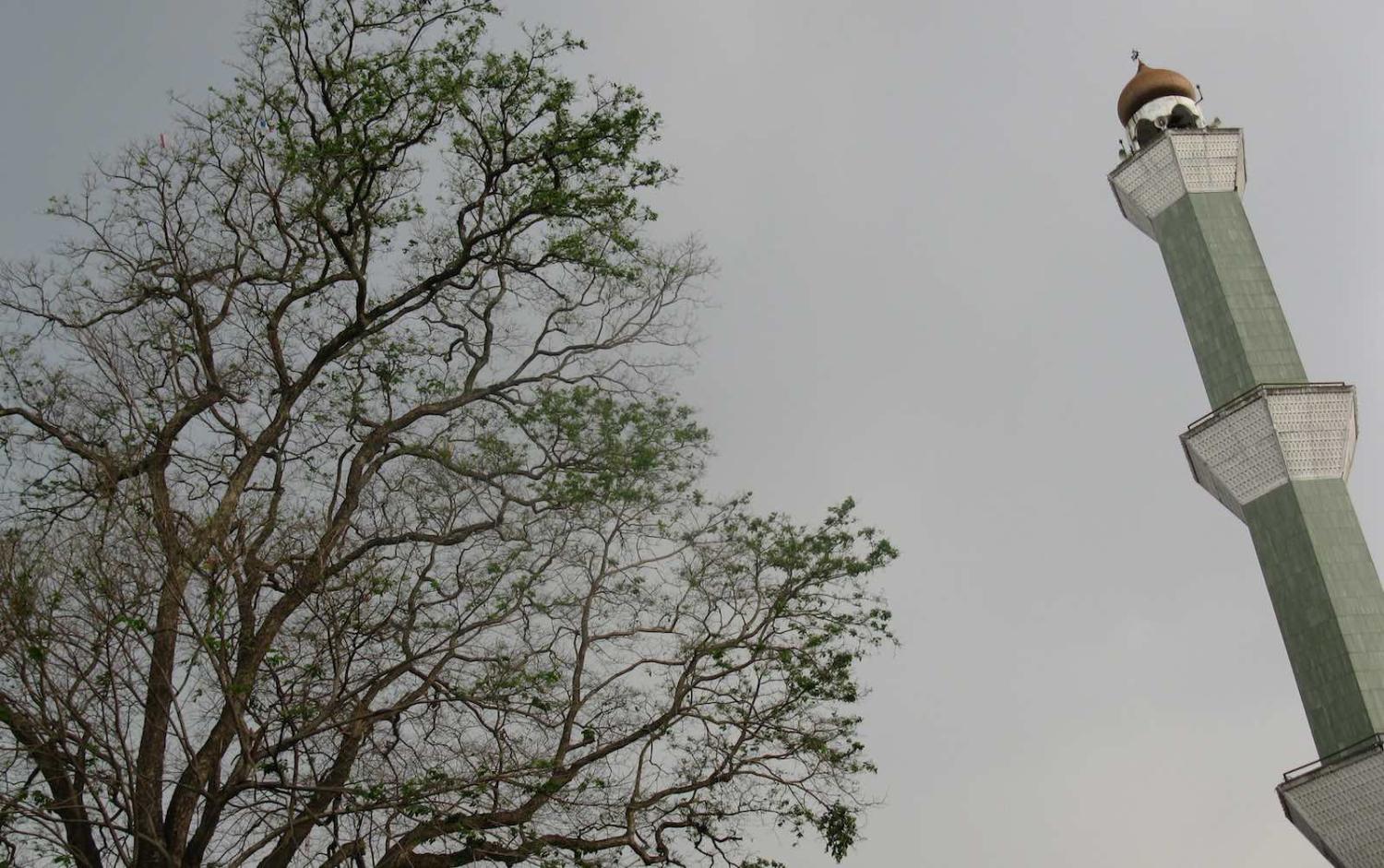 When an ethnic Chinese woman in Medan named Meliana was sentenced on 21 August* to 18 months on blasphemy charges for complaining about the volume of the call to prayer (azan) in the mosque next door, outrage erupted across Indonesia.

More than 50,000 people joined an online petition to free her. Officials of the two largest Muslim social organisations, Nahdlatul Ulama and Muhammadiyah, weighed in, saying a complaint about the volume should not constitute blasphemy. Vice-President Jusuf Kalla, who himself has frequently inveighed against the high volume of mosque loudspeakers, said the complaint should not have been criminalised.

There is no end to the litany of cases that should never have come to trial, in which judges have ignored evidence and left a trail of innocent victims in their wake.

If so many people were appalled by the sentence, how could Meliana have been charged in the first place?

There are several possibilities: intimidation of local officials by Islamist vigilantes; the weakness of the courts; religious polarisation in Medan; and the growing influence of local ulama councils. None of this bodes well for Indonesia, even if the strength of the protests at her treatment mean that she eventually gets acquitted on appeal.

The closer one looks at the case, the more unjust it becomes.

It began on 22 July 2016 when Meliana complained that the azan at the local mosque had grown louder and was hurting her ears. The mosque administrators described what she said and the way that she said it as an insult. Meliana’s husband went to the mosque to apologise. Yet word spread falsely over social media that Meliana was calling for the azan to be banned.

A week later, on 29 July, a mob came to Meliana’s house and forced her to go to the neighbourhood office and sign a formal apology. Even as she did so, hundreds of Islamist vigilantes surrounded Meliana’s house and tried to set it on fire, then proceeded to set fire to and vandalise six Chinese temples. Police denied they stood back and let the violence happen. According to the police spokesman:

We were trying to have a dialogue, but the mob went off on its own. It was so fast, we tried to ask them to disperse and not to use violence. But our own numbers were limited. We will look into this and find the perpetrators, find the mastermind. They will be punished, because they committed crimes.

When eight perpetrators were tried and found guilty in January 2017, however, seven got sentences of under two months, and the alleged mastermind got two months and eighteen days – nowhere close to Meliana’s eventual sentence for an act that had involved no violence and should never have been considered a crime.

The chronology of Meilania’s case was against her. She was formally declared a suspect in March 2017, after Islamists had successfully mobilised in the hundreds of thousands to bring down the Jakarta governor, Basuki Tjahaja Purnama, better known as Ahok. The anti-Ahok campaign had shown that government officials would rather arrest and convict a public figure on blasphemy charges than risk the security consequence that might follow from the Muslim street by giving him a fair trial.

The lessons could not have been lost on local officials in Medan. Meliana’s trial opened in June 2018, in the final stages of a local election campaign for governor of North Sumatra, in which the slate that eventually won followed the playbook of the anti-Ahok activists, urging Muslim voters to reject kafir (infidel) candidates.

It did not help that the rival slate was headed by Ahok’s former deputy, Djarot Saiful Hidayat, who, though himself a Muslim, was inevitably linked to Ahok in the public mind. The political atmosphere was decidedly not in Meliana’s favour.

Then there is the question of the truly appalling state of Indonesia’s courts, one institution that reform has hardly touched. Corruption and abuse permeate the judicial system in Indonesia, making Indonesia’s perception of itself as a country abiding by the rule of law (negara hukum) a sad illusion. There is no end to the litany of cases that should never have come to trial, in which judges have ignored evidence and left a trail of innocent victims in their wake.

Had the judges in Meliana’s case been better or braver, she never could have been convicted. (A week after the verdict was handed down, the senior judge in Meliana’s case was one of four Medan judges arrested by the Anti-Corruption Commission in a suspected bribery case that had nothing to do with blasphemy, but he and two others were later released.)

The Meliana case also underscores another disturbing development in Indonesia: the extent to which local ulama councils (majelis ulama Indonesia, MUI) have acquired political power to the point that some officials treat their opinions (fatwa) as tantamount to law. The judges in her case cited a 24 January 2017 ruling of the North Sumatra MUI, stating that Meilania’s actions had been blasphemous, as evidence, rather than assessing the case solely on its legal merits.

The tendency to cede authority to local MUIs is having disastrous effects elsewhere in the country as they rule against vaccinations and on other issues that should be the sole preserve of governments to handle.

In the case of a vaccine against measles and rubella, which kill thousands of Indonesian children annually, the MUI in the Riau Islands initially ruled that Muslims were forbidden to use it because it contained pork products. Eventually the national MUI stepped in at the Ministry of Health’s urging and issued a fatwa that given the need was dire and there was no purely halal vaccine available, it was permissible for Muslims to inoculate their children.

But many Muslims in Riau and elsewhere will be left with the impression that it is better to reject immunization than to accept a non-halal product. This is one consequence of repeated capitulation to religious authorities on subjects where non-religious standards should hold sway.

In Meilania’s case, the standard should be the equality before the law of all citizens under the Indonesian constitution. The protests against her sentencing are heartening, but the courts seem to be moving in the opposite direction.

Exercises with submarines marks a significant step, but New Delhi is wary of any four-way cooperation with Canberra.
Charles Dunst, Shahn Savino 27 May 2020 14:00

Plans in Cambodia for a massive tourist resort on an out-of-the way island don‘t add up and may serve a different goal.
Nina Markovic Khaze 25 Oct 2021 10:00

There is life in the Non-Alignment Movement yet

This 60-year-old Cold War relic is finding new voice as a venue separated from institutions of the West.