Indonesia’s economic growth might not be spectacular, but it is the world’s most stable – and that helps Australia. 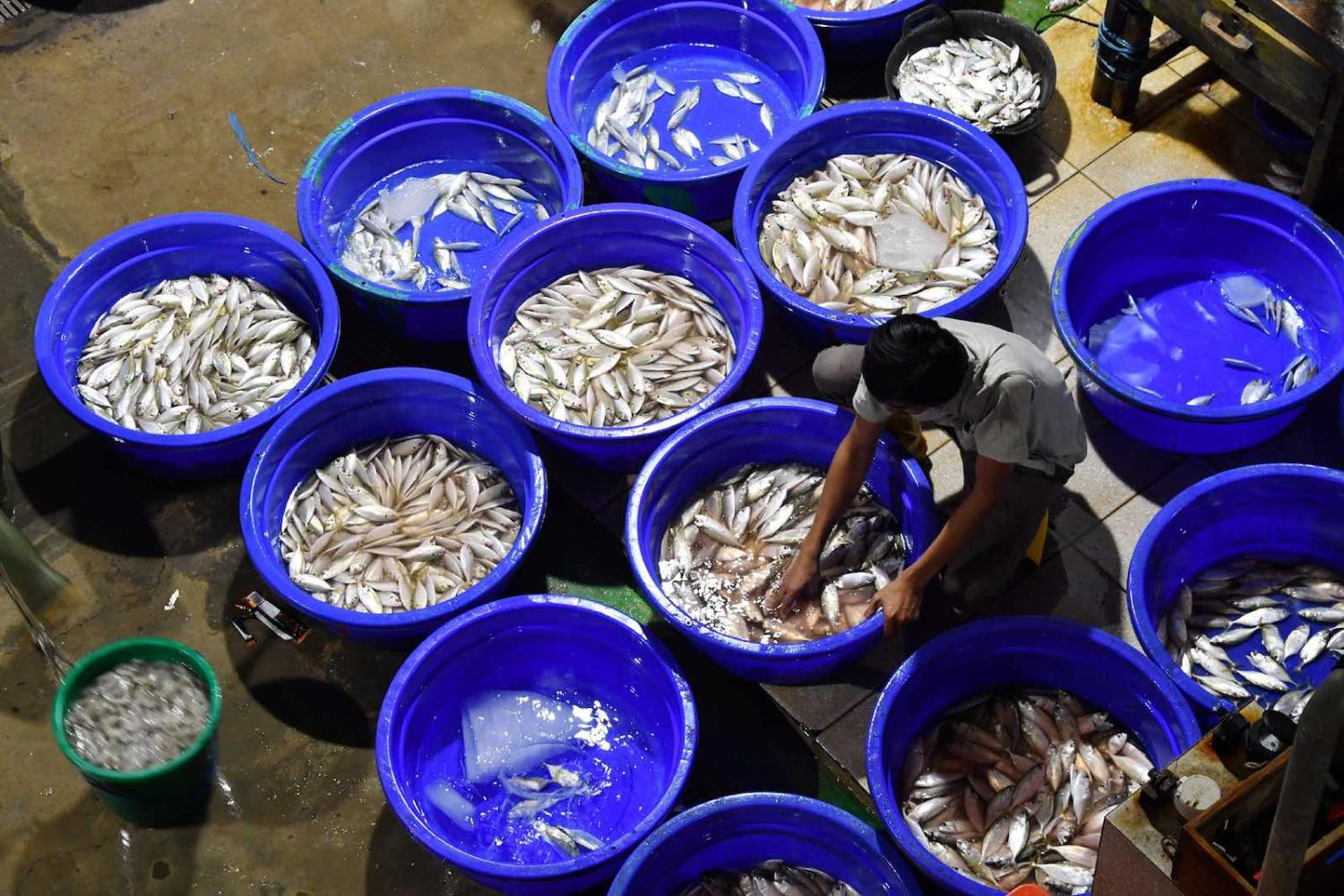 It has often been said that despite periodic diplomatic upheavals, Australia has been fortunate to have a sprawling multi-ethnic Asian neighbour to its north that has managed to remain largely unified.

But here’s a fresh take on Indonesian stability that puts the recently agreed bilateral trade agreement into an interesting new context: Indonesia now has the world’s most stable economic growth rate.

Its annual economic output growth around 5% has not been generating much excitement in recent years in a region where countries from India to the Philippines have been recording up to 7% and overtaking China.

But this research by the Australian National University’s Paul Burke and Padjadjaran University’s Martin Siyaranamual shows that same lacklustre 5% annual expansion also underpins the world’s most stable growth rate since the beginning of the century. Australia comes second, which means the new trade agreement will be between the world’s two most steadily growing economies.

The research was prepared for ANU’s annual Indonesia Update conference last week and also presented this week at the Lowy Institute. Vietnam, one of Australia’s newer fast-growing trading partners, comes third. India and China, which are ranked 26 and 69, are included in the chart to provide some context.

Burke made the powerful point that predictable, if unspectacular, growth has “helped Indonesia consolidate democracy”.

While Indonesia is sometimes regarded as a one-dimensional commodity-exporting economy (and in that a sense a competitor with Australia), Burke argues that the steady growth reflects a more complex situation. It is less trade-exposed than many peers, actually has a diverse economic base with manufacturing and services as well as commodities, has benefitted from political stability, and has an established record of macroeconomic crisis management and risk mitigation.

It is a moot point whether a bit more volatility (and hopefully higher growth) might be worth it when Indonesia is widely estimated to need annual economic growth above 5% to keep generating sufficient new jobs for its youthful population.

But at a conference which was this year principally focused on the quality of Indonesia’s democracy over the past two decades rather than its economic performance, Burke made the powerful point that predictable, if unspectacular, growth has “helped Indonesia consolidate democracy”.

The Indonesia-Australia Closer Economic Partnership Agreement – still waiting for ratification in both nation’s legislatures – is intended more to increase the current relatively low trade intensity between two close neighbours rather than change the pace of economic growth. But reinforcing Indonesia’s relatively steady economic trajectory (and indeed Australia’s own stability) can only be a positive for the eventual use of the agreement.

Asian Development Bank president Takehiko Nakao provided an interesting insight into the psychology of competition between Asia’s financial institutions this week by revealing he drew on Confucian thought rather than Japanese classics to interpret the world.

But he seemed to resort more to Sun Tzu–style divide-and-conquer tactics when it came to the existential threat his institution faces from China’s two-pronged approach to providing alternate development finance.

In his one public speech during a visit to Australia, Nakao praised the Asian Infrastructure Investment Bank (AIIB) for cooperative and responsible lending while criticising the broader Belt and Road Initiative (BRI) for creating potentially risky debt in surprisingly frank language.

“I am a little bit cautious about the BRI because it is lending too much,” Nakao said in a speech at the Australian National University.

The AIIB is not lending too much and the (excessive) debt issue is more caused by the Export Import Bank of China and the China Development Bank. These are Chinese public finance institutions and are part of the Belt and Road Initiative. The AIIB is not an agency for the BRI.

But while Nakao said he had a productive relationship with the AIIB, he rather dismissively described it as a relatively small institution of only 200 staff mainly focused on “financial modality”. The ADB, by contrast, had more than 3000 staff, lent much more and had a much broader remit in knowledge sharing, concessional finance, and governance. “There is a serious competitive edge for the ADB,” he declared in an insight into the emerging rivalry between the regional institutions.

Nakao also expressed strong frustration at the way China’s leaders persistently expected their country to be treated as a developing country when it was really a “great industrial power”. This was particularly a problem when trying to compare development finance lending because China resisted being included in the accepted Organisation for Economic Cooperation and Development data collection. Nakao said:

The idea that they are still a developing country, a small and not influential country, is not correct. They are already a superpower, equivalent to the United States to some extent.

Nevertheless, while Nakao confirmed he was facing opposition to continued lending to China from amongst his ADB shareholders, he still wanted to continue non-concessional lending in areas such as climate change because China was a significant player in that sector.

Another theme during the visit was the ADB president’s enthusiasm for the tourism industry as a new employment generator everywhere from developed countries such as his own native Japan to the fragile Pacific island economies. He argued this would offset the loss of jobs in other sectors and was a high lending priority for his bank.

Australia’s continuing relative attractiveness for Chinese investment is underlined by a new US study warning of a growing divide between the US and the European Union over how to manage Chinese capital inflows.

The Washington-based Peterson Institute for International Economics analysis says the EU approach to Chinee investment is based on commercial concerns such as competition policy and data protection, rather than security and espionage.

It says this only complicates the dilemma faced by US allies as US actions against the Chinese force them to choose between the two rival countries.

The cost of new technologies in such a scenario is likely to increase as supply chains will have to be replicated and the speed of innovation slows because opportunities for research collaboration no longer exist.

The KPMG/University of Sydney survey released in April showed Chinese foreign direct investment into Australia had fallen only 47% from the peak year in 2016 to last year.

Previous Article
Will Israeli voters give Bibi a “get out of jail” card?
Next Article
Book review: Hitler’s Anglo-Saxon envy

Episode 3 of Rules Based Audio, “The Propaganda Department”, out now