Will Israeli voters give Bibi a “get out of jail” card?

The corruption allegations against Prime Minister Benjamin Netanyahu are the subtext to the elections on 17 September. 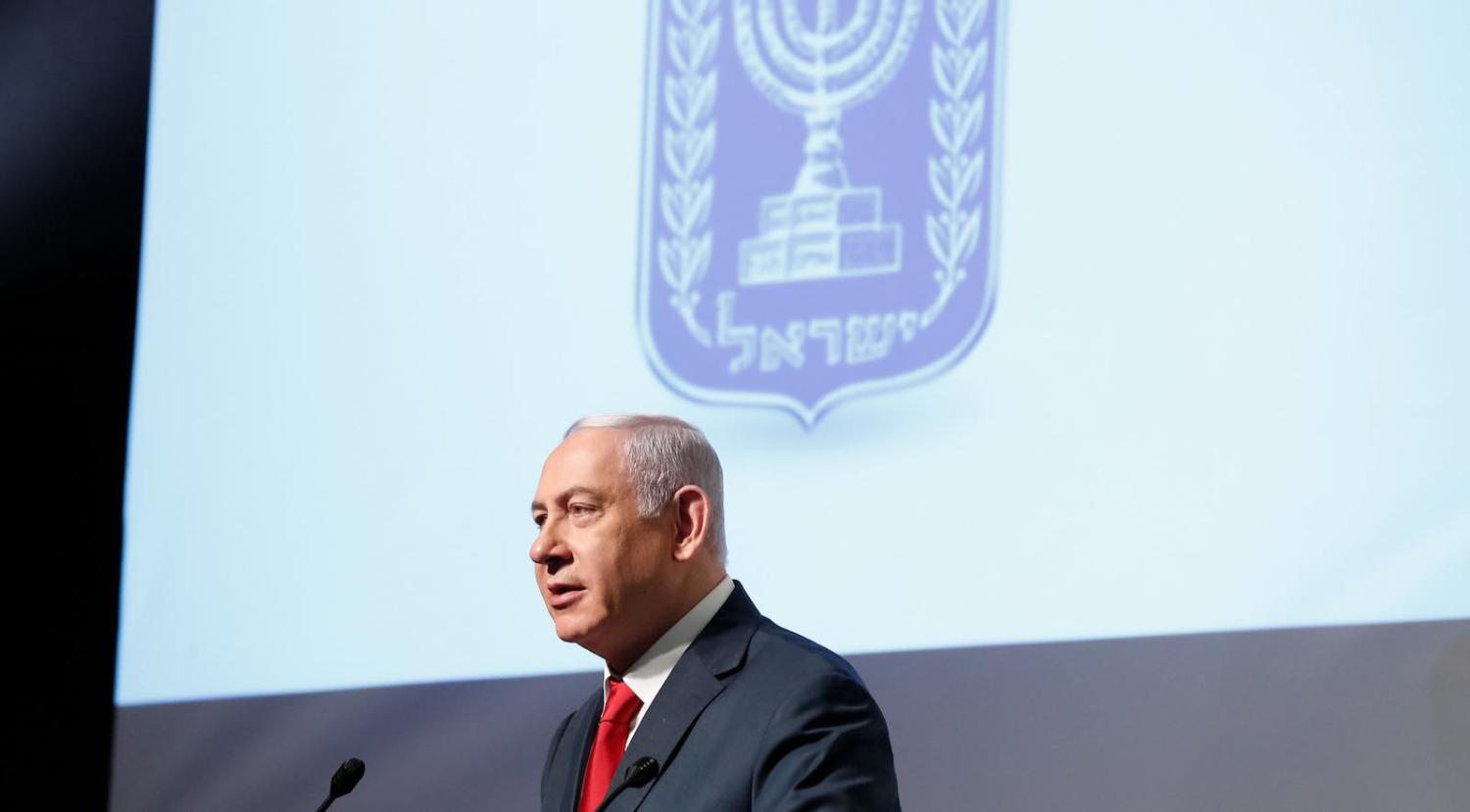 The bookmakers have him ahead, but voters might be exhausted with Netanyahu (Photo: Alan Santos/Palácio do Planalto)
Published 12 Sep 2019

Next Tuesday’s Israeli Knesset (parliament) elections are unprecedented in the country’s history. Prime Minister Benjamin Netanyahu (“Bibi”, to friend and foe) has called them because he was unable to form a governing coalition after the elections held in April.

Post-election coalition-haggling in the past has often taken weeks and longer, but in the end the politicians got there. This year was the first time since Israel’s founding in 1948 that they have failed.

Netanyahu has indicated that if re-elected, he will seek to pass a law granting him immunity from such charges while he remains Prime Minister. If he loses the election, he will have to face the court. If convicted, he could be jailed.

Under Israel’s proportional representation electoral system, no single party has ever won a majority of 61 seats in the 120 seat Knesset. The low threshold for a Knesset seat (3.25% of the total vote) encourages small-party representation. The current Knesset comprises 11 parties ranging across almost the entire right-left spectrum.

In the April election, Netanyahu’s Likud party and the centrist opposition party, Blue and White, led by former general Benny Gantz, each won 35 seats. Netanyahu attempted to re-form his right-wing coalition of religious parties and the secular-nationalist Yisrael Beiteinu, led by Avigdor Lieberman.

But Lieberman refused to play. Though his party had only five seats, these were vital to getting Netanyahu a Knesset majority. Lieberman, who has a history of friction with Netanyahu, wanted exemptions for religious students to the nation’s compulsory military service discontinued – long demanded by secular Israelis, but resolutely opposed by the religious parties.

Netanyahu could not afford to alienate the religious parties, so Lieberman walked. Rather than allow Gantz an opportunity to try to form a government from the centre-left parties, Netanyahu called another election.

Polling indicates Netanyahu is unlikely to gain much joy from next week’s outcome. These show the governing Likud and the religious parties winning 54–56 seats, with the remaining parties, including Lieberman’s, picking up 64 to 66 seats between them.

Moreover, Lieberman’s gamble in playing to the secular vote appears to have paid off. Polls show his party is likely to double its Knesset representation to ten.

Netanyahu has a lot riding on the election outcome.

In February the Israeli Attorney-General announced that his office had sufficient evidence to hold a preliminary hearing into allegations of bribery, fraud, and breach of trust against Netanyahu. This is scheduled to occur in October, and could result in Netanyahu’s indictment. He would then have no choice but to step down as Prime Minister.

To forestall this scenario, Netanyahu has indicated that if re-elected, he will seek to pass a law granting him immunity from such charges while he remains Prime Minister. If he loses the election, he will have to face the court. If convicted, he could be jailed, as was his predecessor, Ehud Olmert, on similar charges.

The extent to which this reality is in the public mind is unclear. The allegations against Netanyahu were known before the April election, yet Likud’s haul of seats was greater than polls had indicated.

And Netanyahu can never be written off. In July, he became Israel’s longest-serving Prime Minister, eclipsing the 13-year record of the state’s founder, David Ben-Gurion. He is an extraordinary political survivor and the most dominant political force in Israeli politics in a generation.

In his campaign he is playing to his right-wing base and emphasising his security credentials. This week, he announced he would annex part of the West Bank (disregarding international law) and claimed to have found a new Iranian nuclear research and development site.

Last year he engineered “Nation-State” legislation giving Jews a unique right to national self-determination in Israel and putting Hebrew above Arabic as the official language. Netanyahu called the law a “defining moment”, while Arab members of the Knesset described it as entrenching discrimination against Arab Israelis.

He is also making much of his closeness to US President Donald Trump, who has been the gift that keeps on giving for Netanyahu: withdrawal from the Iran nuclear deal, moving the US embassy from Tel Aviv to Jerusalem, and recognising Israeli sovereignty over the Golan Heights.

Ironically, Netanyahu has been caught out by Trump’s unpredictability. Trump’s flirting with a meeting with Iranian President Hassan Rouhani at the UN General Assembly later this month has undermined Netanyahu’s narrative on the need to isolate and pressure Iran.

The outcome of the election will hinge largely on Netanyahu’s ability to get his supporters to turn out. Apart from irritation at a second poll in six months, there is a “Bibi-fatigue” factor – his current term started in 2009. In 2015 he energised his constituency by claiming on election day that Arabs were voting “in droves”.

The other main factor is that although parties opposed to Netanyahu are likely to win a majority of seats, they can’t agree on who might replace him. Polling shows public enthusiasm for Gantz has decreased since April. And the collection of non-government parties includes the Arab List, which no Israeli government is likely to include.

Netanyahu will struggle to form a majority, but he may end up being best placed to do so. With a potential indictment hanging over him, he is certainly capable of mercurial feats in constructing a coalition.

Significantly, despite the polls, the betting odds have Netanyahu favourite over Gantz to form the next government.

It's clear that public support isn’t enough for a government that does not view aid as an election issue.
Nikola Mikovic 17 Nov 2020 10:00