The French president is betting on the far-right to boost his chances in the 2022 election. 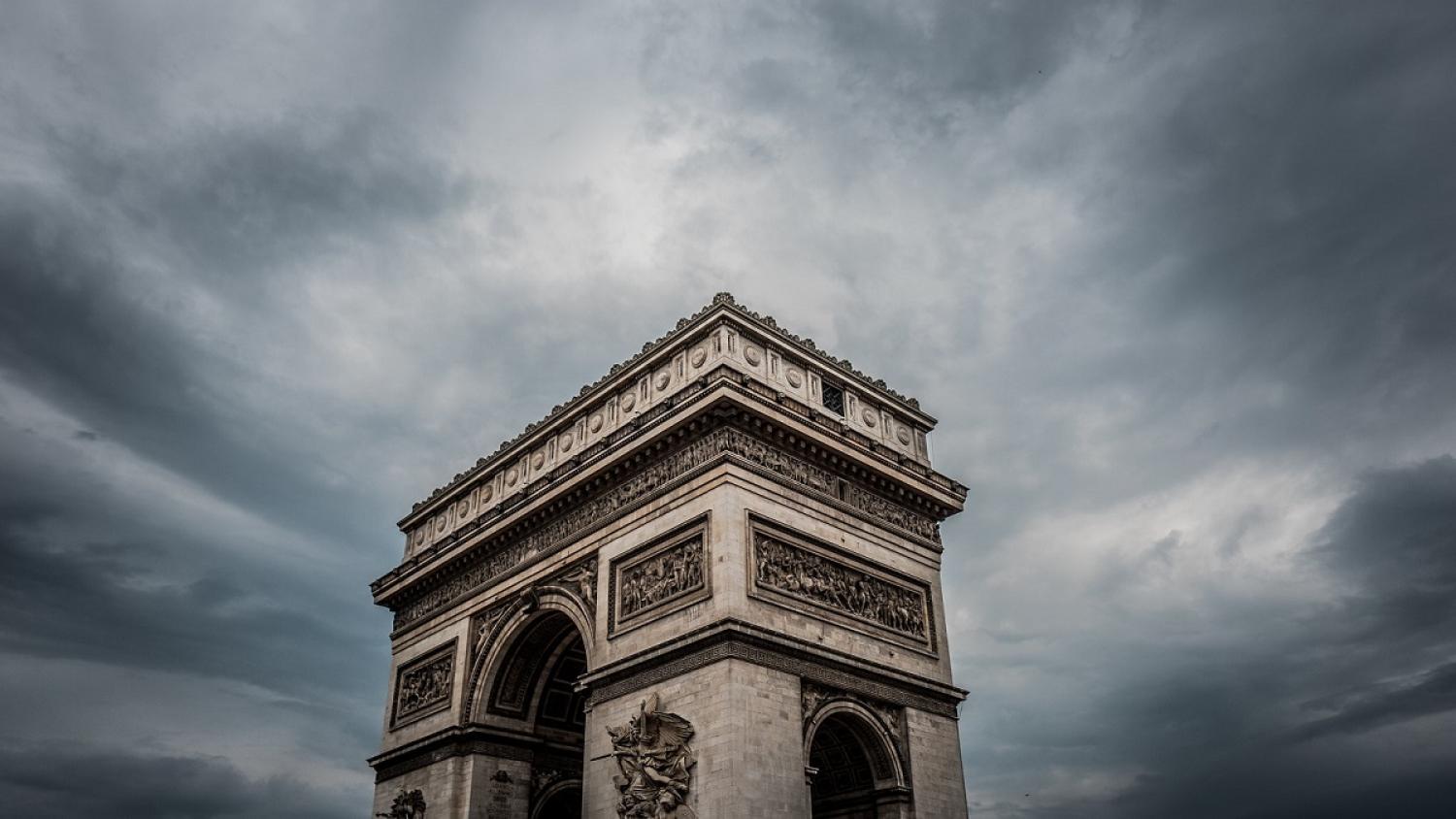 On a recent Saturday afternoon in Paris, thousands of protesters gathered at the Place de Clichy in the north west of the city in one of 140 so-called “Liberty Marches” across France that day in a statement against a perceived lurch to the right by mainstream politicians, especially President Emmanuel Macron.

“Through his policies, Macron is boosting the far-right”, read a placard held by a 64-year-old retired teacher who gave his name as Jean-Baptiste Voltuan.

“It’s as if the president were competing with far-right leader Marine Le Pen for being the most right-wing candidate,” he said. “That’s because he’s betting on facing Le Pen in the run-off vote, like during the last presidential elections in 2017. We need to build a united front among left-wing parties to prevent that from happening.”

A controversial new security law has given police more powers to monitor demonstrators and limit the right to share images of police officers.

Polls are de facto predicting another Macron–Le Pen duel. Le Pen’s Rassemblement National (RN) party fell short of expectations at the first round of regional elections on 20 June. Yet Macron, who in 2017 ran on a centrist platform, seems to have been moving further to the right for at least a year.

Macron has been pushing the theme of crime, traditionally promoted by the far-right. He recently said that a sentiment of insecurity was reigning in France and that he was “fighting for the right to a peaceful life”. He has also promised a war on drug trafficking and organised a national debate on drug use.

In parallel, a controversial new security law has given police more powers to monitor demonstrators and limit the right to share images of police officers. The bill was passed despite widespread protests, but later partly rejected by the Constitutional Council, France’s highest court of appeal.

And Interior Minister Gérald Darmanin last month joined a demonstration by police officers in front of parliament who were demanding a crackdown on criminals after two members of the force were killed by assailants earlier in the year. Darmanin’s actions, a first for a sitting French minister, were criticised by many for undermining the separation of powers.

Another government bill, still with parliament, is intended to crack down on Islamic separatism. It came as a reaction to three terror attacks last year, during which assailants killed four and severely injured two in and around Paris and the southern city of Nice. The new rules will, among other things, strengthen powers for the surveillance of mosques and their financing, with the government also aiming to better control the training of imams.

But there are fears the laws will further stigmatise Muslims. Especially as they come on the heels of Macron’s initiative to launch an inquiry into so-called “Islamo-gauchisme” at universities, a term often used by the far-right to group together Islamist extremists and left-leaning activists. The right-wing accuse intellectuals and the left of pursuing a common cause with Islamists by attributing radicalisation purely to social factors, such as blaming French society for discriminating against and thus radicalising ethnic minorities. Macron’s announcement caused an uproar among academics, who felt he wanted to censor their work.

Regarding immigration – another focus of the far-right – Macron has recently been taking a hard line, pledging to accelerate the expulsion of illegal immigrants.

And economically, the government has primarily been opting for market-orientated reforms. Macron has now implemented an overhaul of the unemployment benefits system and plans to bring back a controversial pension reform pushed back due to the Covid-19 pandemic.

Overall, there seems very little “left” of Macron’s centrist agenda, apart from, perhaps, the coronavirus emergency measures, which will cost the government more than €420 billion in financial support measures, loss of revenue and indirect costs over three years. Yet, it might be argued that any government – left or right – would have implemented the same measures due to the unprecedented crisis.

But why is Macron focusing on the right instead of trying to rally support among left-wing voters who would be less likely to elect Le Pen?

Maybe because he thinks right-wing voters are more likely to tip the scales.

Polls are indeed showing the French are becoming more right-leaning. One survey, published by right-wing French think tank Fondation pour l’Innovation Politique in May 2021, reported that 38 per cent of French voters defined themselves as right-wing, compared to 33 per cent four years earlier.

For left-leaning French voters in the upcoming presidential election, Macron is engendering the same sense of alienation.

During the ongoing campaign for regional elections, seen as a final rehearsal for presidential elections next year, Macron has been trying to cut the ground beneath the conservative party’s feet to woo their voters.

Still, the strategy is risky.

Political analysts believe a move to the right, or the far-right, will not help Macron, but instead normalise the RN’s ideology.

Historical examples appear to endorse the point. In the 2002 presidential election, then-president and conservative candidate Jacques Chirac had, during his campaign, pushed the topic of insecurity to distract from his left-wing prime minister’s meagre track record. But instead of boosting his own image, the move seemed to catapult, for the first time in French history, a far-right candidate into the second round of voting: Jean-Marie Le Pen, Marine Le Pen’s father.

For left-leaning French voters in the upcoming presidential election, Macron is engendering the same sense of alienation. Protester Jean-Baptiste Voltuan puts it this way: “If the choice is between Macron and Le Pen, I will simply not turn out to vote. What's happening is really grave – Macron should stop running after the far-right and instead focus on really important topics, such as inequality and global warming.”

That might give the president at least a shot at getting Voltuan’s vote.

A step-up by Paris in the Indo-Pacific is evidence that it aims for a pragmatic third path in the region.
Margaret Simons 21 May 2019 07:00

Renowned for once toppling a dictator, the opposition is struggling to break Duterte’s hold on the popular imagination.
Rodger Shanahan 16 May 2017 09:30

Washington has repeatedly signalled to Tehran that the days of the Obama détente are a thing of the past.