Mahathir holds all the cards, again

A bitter rift over sex claims between would-be successors has again shown the ugly side of Malaysia’s politics. 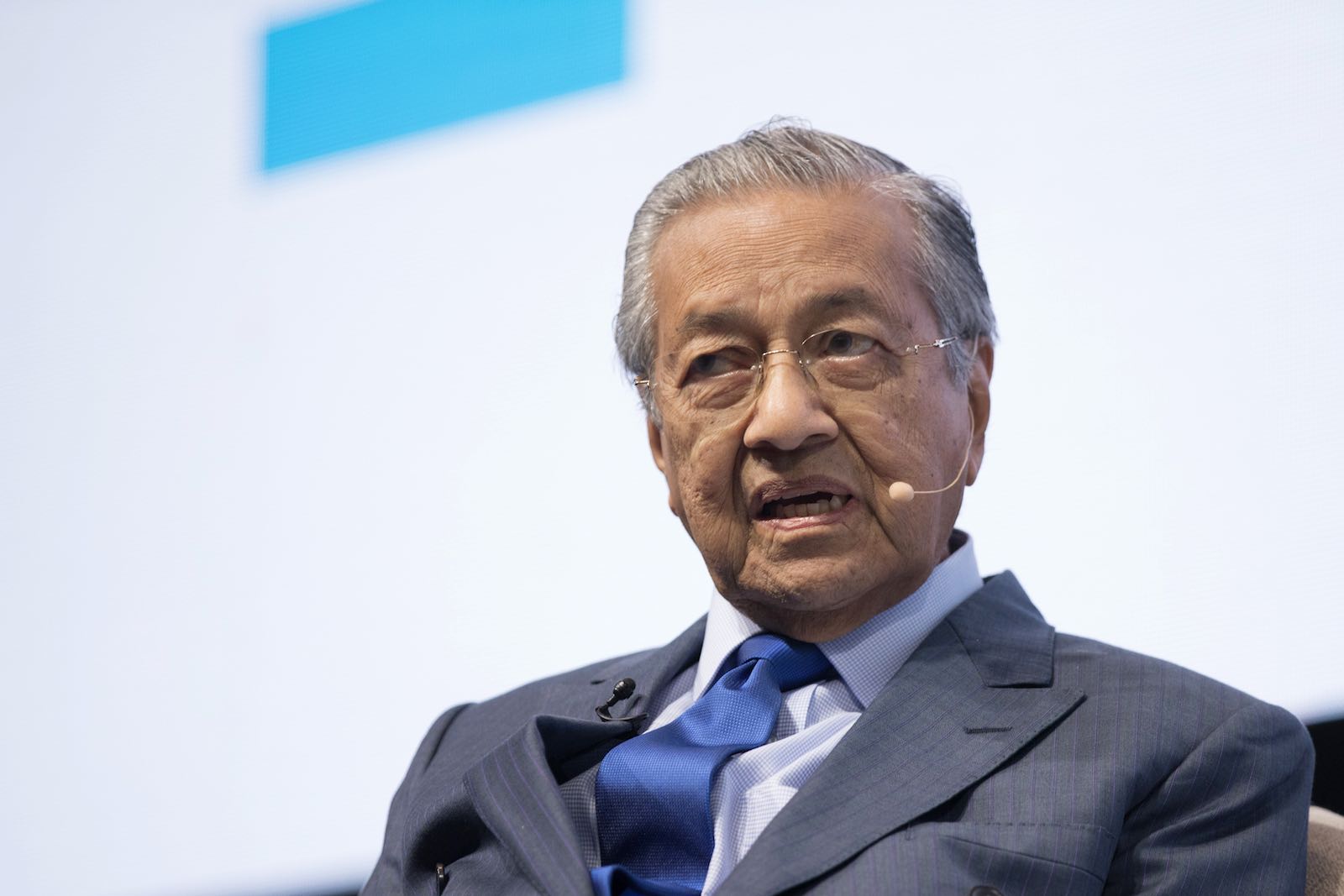 Who gains from all this political intrigue? The obvious answer is Mahathir (Photo: Brent Lewin via Getty)
Published 19 Jul 2019 06:00   0 Comments

The latest news coming out of Kuala Lumpur may alter the trajectory of Malaysian politics.

On Wednesday night, 23 members of the Parti Keadilan Rakyet (PKR) central committee (half the members of this party leadership group) signed a statement rebuking party president Anwar Ibrahim for suggesting his deputy, Azmin Ali, needed to resign as minister over an ongoing sex scandal.

Azmin Ali is Malaysia’s Economic Affairs Minister, widely seen as the most powerful economic portfolio, even more powerful than the Finance Minister’s post.

Three weeks ago, a video emerged purportedly showing Azmin Ali engaging in a homosexual act with Haziq Aziz, a junior PKR politician. What was even more remarkable was a public confession on Facebook a few hours after the video appeared. Haziq admitted the act and asked Azmin to step down as minister for supposed moral failings.

The schism is so deep now there are serious doubts that Anwar can bring unity back to the party.

In Malaysia, being a gay Muslim is treated as seriously as committing murder.

Azmin not only denied that he was the man in the video, he publicly claimed that there was a political conspiracy to get rid of him. Azmin’s supporters had pointed the finger at Anwar. After all, Azmin had fallen out with Anwar last year during internal party elections and was widely seen as Anwar’s main rival to be the next prime minister if Anwar does not replace Mahathir Mohamad next year.

Initially both Mahathir and Anwar stood by Azmin, but in the past days things came to head when Anwar’s political secretary, Farhash Wafa Salvador Rizal Mubarak, was arrested by the police as a suspect in the sex-video investigations.

In an unusual statement released on Thursday night, the Inspector-General of Police (IGP), the nation’s top police officer, said forensic investigations showed that the video is “tulin” (authentic) but facial recognition software could not ascertain the identities of the two men. At a press conference later, he confirmed that the mastermind behind the video was a politician and several hundred thousand ringgit were spent to produce the sex video.

While Mahathir is still standing by Azmin, Anwar reportedly said Azmin should “step down” if the video is authentic. This was widely interpreted by the Azmin camp as a direct attack, without waiting for the investigation to be completed.

Azmin’s supporters were incensed that Anwar would make such a statement given that Anwar himself had previously been accused of the same charges back in the days of Mahathir’s first stint as prime minister. In all the previous incidents, Anwar always maintained his innocence and the party never asked him to step-aside while investigations were on-going.

The schism developing in PKR is so deep now there are serious doubts that Anwar can bring unity back to the party. Azmin and his group in PKR are sending a clear signal to Anwar that he is not in complete charge of the party, and more than half of PKR’s leaders will stand with Azmin if there is a direct confrontation between the two.

The fear now is that if Anwar decides to take on Azmin in the coming days, the party will split and Azmin will either challenge Anwar for the leadership or leave the party with his supporters. Either way, Anwar’s political star will be substantially diminished.

The bigger question is who gains from all this political intrigue?

The obvious answer is Mahathir. The wily politician, who celebrated his 94th birthday last week, appears to hold all the cards going forward.

Mahathir has promised to hand over power to Anwar by next year but with PKR in turmoil, he may not need to. There are persistent rumours among the Malay elite that he does not want to hand over power to Anwar. The consistent rumour is that his preferred choice for successor is Azmi, who will ensure that Mahathir’s son Mukhriz Mahathir will be given a senior cabinet position in an Azmin administration. This will put Mukhriz on track to be a future PM and thus cement the Mahathir political dynasty.

In the meantime, expect more turbulence in PKR politics for some time to come. It will not be easy for Anwar to reconcile with Azmin. The stakes are too high now. Any public reconciliation between these two politicians will be treated with a huge amount of scepticism.

In any case, the political class in Kuala Lumpur is full of rumours about who the “mastermind” is. The IGP refused to name the person but many people believed that he was referring to someone from PKR. A meme quickly was quickly floated on social media alleging the supposed mastermind.

If this is confirmed over the next few days, the Anwar-Azmin confrontation will take place sooner than expected and only one will survive politically.

What is also certain is that the use of sex-video will now be a permanent feature of Malaysian politics. It has been shown to be a lethal weapon in politics.