Cutting subsidies is a step in the right direction, but a more robust social safety net is ultimately a better fix. 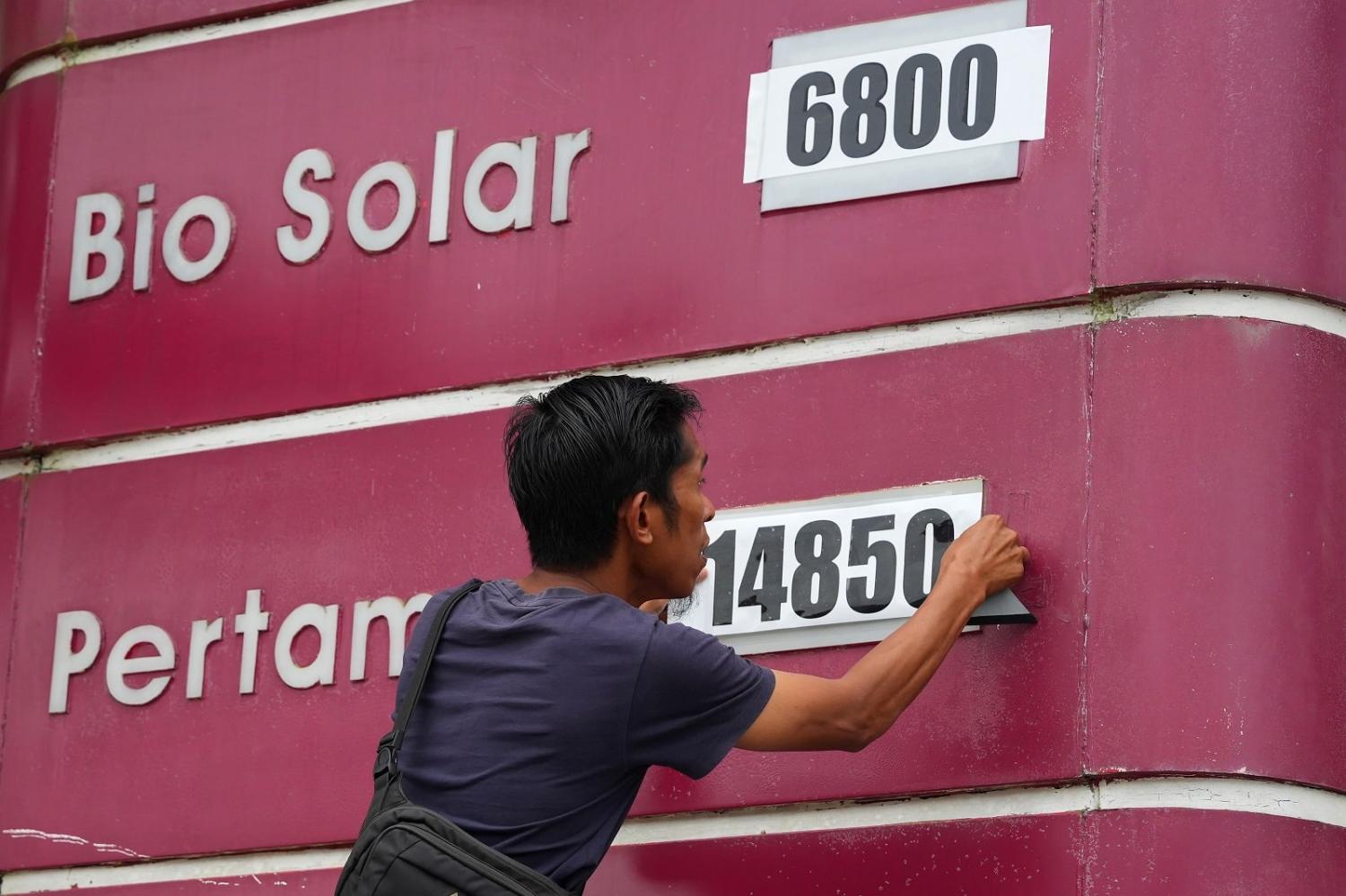 With less than two months until the G20 Summit in Bali, Indonesia has gone into public security mode. The government is facing a major public backlash after President Joko Widodo announced a decision to cut fuel subsidies, leaving petrol prices to rise by 30 per cent. This wildly unpopular move, prompted by increasing global energy costs, occurred despite the government’s energy spending ballooning threefold to AU$50 billion this year.

For more than a week, thousands of protesters swarmed areas surrounding the Presidential Palace in Jakarta, while students in Bengkulu, Yogyakarta, Makassar and Surabaya marched to regional government offices. Several demonstrators were reportedly injured in clashes with security personnel, who were stationed to guard high-risk petrol stations in multiple cities. Students and labour union groups have promised further demonstrations if the government fails to lower prices in the immediate future.

Few policies are able to spark as much public discontent in Indonesia. As transportation costs soar, so does the price of staple commodities and other goods, affecting every citizen across the political spectrum. In 1998, the 71 per cent price hike in gasoline caused by the Asian financial crisis severely damaged President Soeharto’s standing, ultimately leading to his resignation. Having learned the lesson, post-Soeharto presidents including Susilo Bambang Yudhoyono waited until his second term to cut fuel subsidies, allowing him to avoid its implications for re-election. Unsurprisingly, Jokowi, as the incumbent is widely known, has follows this pattern.

Mass protests against rising energy costs often follow protracted fuel subsidy policy, which is inherently unsustainable. The logic is simple: when fuel prices reach a tipping point beyond government capacity to subsidise them, domestic price adjustments tend to be large, leading to discontent and unrest. Between 2005 and 2018, 41 countries experienced riots related to fuel and electricity prices. Most of these countries, including Yemen, Chile and Egypt, are located in the global south, where a lack of reliable methods for distributing benefits to poor and lower-middle income households has led governments to employ universal fuel subsidies as a catch-all mechanism.

Paradoxically, fuel subsidies tend to benefit the middle- to upper-class. A 2015 report by the International Monetary Fund argues that high-income households consume more fuel than their low-income counterparts. In Indonesia, this “leakage” of benefits is exacerbated due to minimum barriers to purchase cheaper 90-octane gasoline (Pertalite) compared to the more expensive premium petrol (Pertamax).

What results from this unbalanced state mechanism is a peculiar kind of contentious politics – one where low-class labour unions and low-income students are demanding the government keep subsidies that lopsidedly benefit the upper rungs. Ultimately, this leads to political instability: between 2005 and 2018, Indonesia experienced five fuel riots, behind only India’s seven mass protests in the same period.

Major reforms don’t happen in a vacuum. Indonesia is currently lagging behind its green ambitions of net zero emissions by 2060.

It is clear that Indonesia needs to find a way out of this vicious circle, and it begins by replacing universal benefits with a more robust social safety mechanism. Throughout the Covid-19 pandemic, Indonesia has been refining ways to target poor households, utilising methods such as Program Keluarga Harapan (PKH) to identify sectors of the population in dire need of social assistance. These data pools are now utilised to fund AU$124.1 million worth of direct cash transfers (DCTs) to more than 20 million beneficiaries, along with a wage subsidy of AU$96 million to people earning less than IDR 3.5 million (AU$350) per month.

On paper, these are steps in the right direction. An influential paper by the SMERU Research Institute suggests that cash transfers to poor Indonesian households have proved a more effective way to insulate vulnerable economic groups from market shocks. The paper also affirms that DCTs do not lead to “stereotypical” adverse outcomes such as reducing labour participation, slowing down consumption, or encouraging people to spend their money on cigarettes or alcohol – or at least not more than before.

These technocratic reforms, however, have failed to curb public disapproval. The protests seem to be fuelled by the age-old rhetoric that the government is failing its people – a similar sentiment to that accompanying previous fuel subsidy cuts. And it is still not clear whether the new wave of cash transfers will be enough to soften the current economic blow.

What looms behind these protests is a deep distrust of recent government policies, beginning with the weakening of Indonesia’s much-lauded Anti-Corruption Commission (KPK) in 2019 and the controversial pro-market Omnibus Law in 2020. The public also remembers how social aid became a fertile ground for corruption throughout the coronavirus pandemic, such as when the newly-appointed Social Affairs Minister Juliari Batubara was apprehended and later jailed for embezzling more than AU$2 million from Covid-19 relief packages. And while cash transfers tend to be more secure compared to in-kind government aid (such as basic commodities), they remain vulnerable to predatory practices on a local scale by community leaders and intermediaries.

Major reforms don’t happen in a vacuum. Indonesia is currently lagging behind its green ambitions of net zero emissions by 2060 – Australia has been among its most important benefactors in achieving this goal, with Prime Minister Anthony Albanese pledging up to AU$200 million in a recent state visit to Jakarta. Transitioning from entrenched fuel subsidies is an important piece of the puzzle, but the current public backlash shows that policy can never quite be separated from politics.

Previous Article
Right-wing extremists: the danger not of bombs but ballots
Next Article
Economic diplomacy: Womenomics shifts from Tokyo to Jakarta

Time to reverse the Indonesian language disaster on our shores

It is crucial the next government invest in languages, that of Australia’s largest neighbour the most obvious example.
Donald R Rothwell, Imogen Saunders 14 Mar 2019 10:00

Australia and Indonesia trade: deal (not quite) done

Elections in Indonesia and Australia alike could yet be a hurdle to ratification of a long-anticipated trade agreement.
John West 11 Sep 2020 06:00

Indonesia – a country of disappointments

Ben Bland shows even pessimists can be gulled by Joko Widodo’s charms.