Labor's Richard Marles has clear passion for the Pacific. Here's how to make it practical. 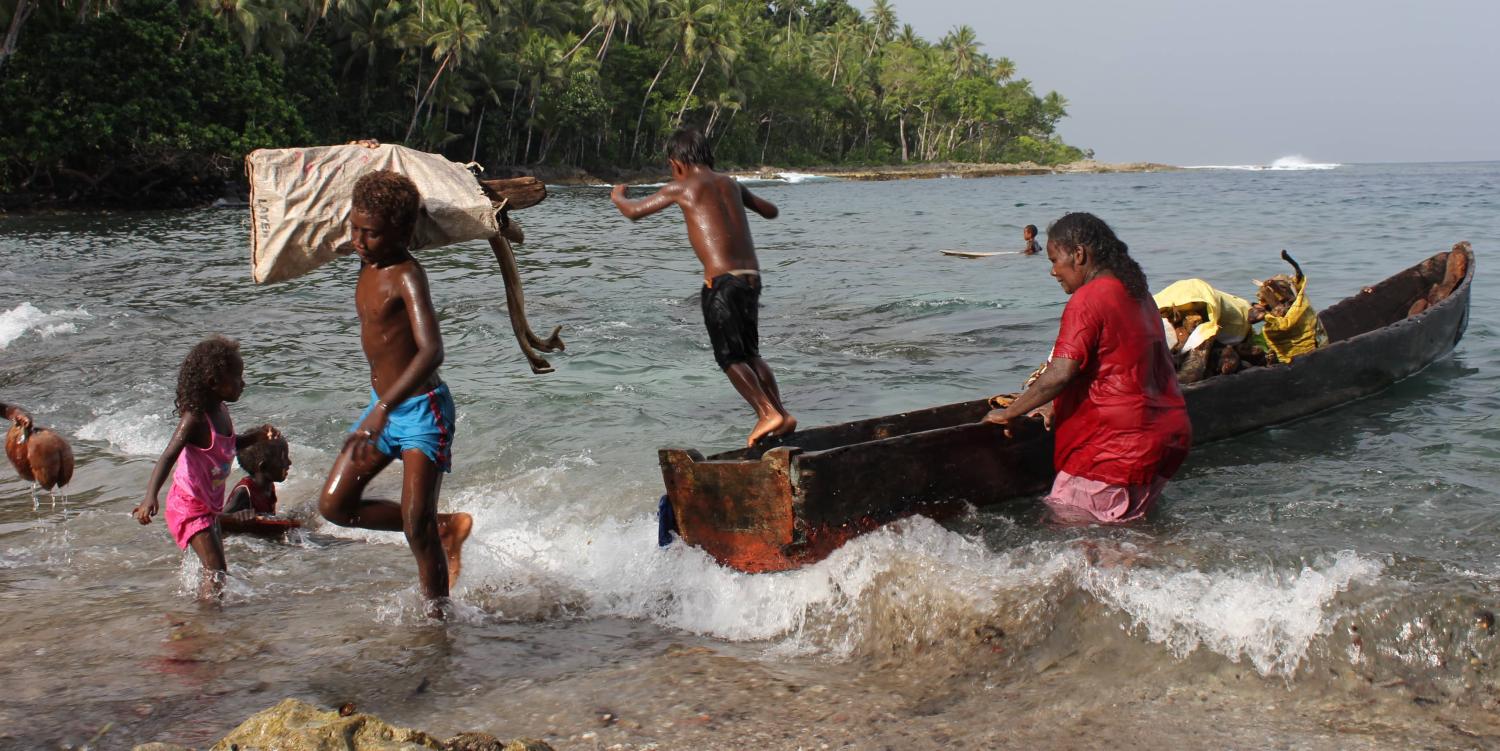 Opposition defence spokesman Richard Marles delivered a speech at the Lowy Institute on Tuesday demanding an enhanced strategy and guiding philosophy for Australia’s role in the Pacific. It is a timely speech, delivered with clear conviction from a long-time and often lonely advocate in Parliament for the Pacific.

Marles sets out a persuasive argument for Australian leadership in the region. He argues our problem in the Pacific is not one of resourcing, it is rather one of attention. The region is profoundly important for Australia, both for our national interest and also for our global reputation. Marles calls the region our “global calling card” and I agree - we cannot expect to be a global player if we are not first a regional leader. Marles laments the Pacific’s current place on the periphery of Australian foreign policy rather than at its centre, and its near non-existence in the public debate. This neglect flows through to our public servants, academia and media outlets.

Marles is preaching to the choir here. I struggle to comprehend how we pay such passing attention to the area of the world where we have so much potential influence.

But why is this the case? Why is the Pacific so marginalised in Australian debates? Marles argues we lack a sense of identity with the region and do not recognise our place in it. He also thinks that our fear of looking like an “overbearing colonial power” (which we often do anyway) risks becoming an excuse for inaction.

I think there is merit to both arguments. I would also argue that there is a lack of incentive across Australia to engage with the Pacific. It is rare for someone in politics, policy, the media or academia to make a successful career focused on the Pacific. The Pacific is barely included in the school curriculum, and you’d have to go to Canberra or New Zealand to do a tertiary degree on the region. Our lack of identity with the Pacific is also driven by the fact that there are very few Pacific islanders in Australia.

Australia has got away with this “holding pattern policy in the Pacific” because geopolitics in the region has been relatively benign. Australia, New Zealand, France and the US have traditionally been the only countries interested in engaging with the Pacific. But this status quo will not continue. The deterioration of conditions in the Pacific and the emergence of China as a legitimate counterpoint to Australian leadership give credence to Marles’ worry that the Pacific has now become “the biggest blind spot in Australia’s national security policy”.

So how do we change this? I think Marles is right that it’s not a matter of more money, but one of time and attention. Marles calls on Australia to “pledge to be the best friend that we can be” to the region, reinforcing our position as the partner of choice across the board.

How that works in practice is where his speech was lacking. He gave two concrete ideas to improve our relationship with the Pacific (enhanced defence cooperation and, where relevant, sharing Australian government services), but the sentence seems unfinished. I wanted more.

I daydream a lot about what more Australia should do in the region, and here’s some ideas I would add into the mix.

Building a political constituency in Australia

To become better leaders in the region we must have a much broader commitment from our politicians, and this can only come from enhanced awareness. Backbenchers would jump at the chance to board an Royal Australian Airforce plane and check out the opportunities and challenges facing our region. One need only listen to Marles’ address to hear how deeply his experiences in the region have affected him. Giving this opportunity to the press gallery and select private sector partners would also help build interest outside parliament. If we can afford to send Senator Cory Bernardi to the UN for three months, surely we can afford an annual study tour of the Pacific.

We must also redouble our efforts to bring more Pacific leaders to Australia, a point former diplomat James Batley has been arguing for some time. Our politicians are so busy that whenever they do make it to the region they barely have time to make an announcement before they must jet back home. Bringing more leaders to Canberra would allow us to work around individual schedules, meet a broader group of Australians, and give them a far richer experience than a quick chat on the sidelines of a regional forum. These leaders want time face-to-face with us, and we can do that far more easily in Canberra than abroad. I would hope that we could set a policy of every Pacific leader making an official visit to Australia once in each Parliamentary term. At a minimum Australia should have more bilateral head of state meetings with the Pacific than any other nation.

Building a broader constituency for the Pacific is a generational change that will require significant institutional investment. To get the media more involved they need to have more of an opportunity to engage in the region. Pacific study tours are one option. Building links between Australian domestic media and their Pacific peers is another. The region will never amount to click-bait, but there are ways the government could nudge more media attention.

The states, particularly Queensland, should be encouraged to integrate our Pacific history into the high school syllabus. Universities must be rewarded (with more funding if necessary) to offer more Pacific studies programs. The government’s New Colombo plan is also an important initiative to help get more young people into the region. Investing in high school scholarships in Australia (through a Pacific-wide test with national quotas) would help improve education standards in the region and create lasting connections with Australians. These initiatives would help create a pipeline of Australians with at least a cursory understanding and knowledge of the Pacific and its rich cultures, and appeal to Marles’ argument of Australians not understanding our place in the world.

Changing the way we engage

The first change I would like to see is one of culture within the Department of Foreign Affairs and Trade. There are plenty of fantastic diplomats working in the Pacific, but they rotate through jobs at speed. Relationships are everything in a region as (people) small as the Pacific, and not having a pathway for Australian diplomats to have a vibrant and successful career focused on the region is a significant shortcoming. I’m not sure how you change that in a department that so highly values generalists, but it is something that should be examined.

We must continue to enhance Australia’s economic integration with the Pacific. Labour mobility, both temporary and permanent, is a natural starting point here because it is a win-win policy for Australia and the region. It has the added benefit of building a broader diaspora and constituency for the Pacific in Australia. Integrating customs and quarantine standards will do far more to enhance trade in the region than any trade agreement. We also need to make it easier for Pacific islanders to get into Australia. The fact that every Pacific islander has a story of a family member not getting let into Australia is a blight on relations. Establishing special visa arrangements with the Pacific would be a starting point.

We also need to take a hard look at our aid program. Marles was right that enhanced cooperation is not about resourcing, but we do need to make sure our annual $1.1 billion is being spent effectively. This would start by making it clear that, for most Pacific island countries, our aid will be a permanent feature. The dependency argument does not work for countries with little to no potential to follow conventional paths of economic growth. Moving away from three-, four- and five-year programs and facilities, and working more through permanent trusts or government systems would be my preference. But Canberra and the Pacific need to have broad public discussions and make sure all ideas are on the table.

Finally, we should ensure that the region is empowered to speak with their own voice, through organisations such as the Pacific Islands Forum and smaller regional bodies such as the Melanesian Spearhead Group. We should also look to establish a regional police academy, perhaps in Honiara, to complement the type of training that occurred when Pacific nations took part in RAMSI.

None of these suggestions, both from myself or Marles, come in a vacuum. Foreign Minister Bishop matches Marles’ zeal and commitment to the Pacific, and the Coalition has done some deep thinking of their own on the region. The principles of their thinking were laid out by Minister Bishop in Suva in August, with Prime Minister Malcolm Turnbull sketching out what a “step up” in the region will look like at this year’s Pacific Islands Forum Leaders’ Summit in September. The government’s foreign policy white paper, to be released on Thursday, should colour in what Bishop and Turnbull have mapped out.

We are seeing a renewed interest in both sides of government to improve our relationship with the Pacific and Marles’ speech today was the clearest pitch for why that is needed. I look forward to seeing what comes out of the white paper on Thursday.

Links from across the Pacific Islands by The Interpreter team.
Greg Earl 27 Jul 2022 10:12