The many consequences of a clear blue day on 11 September, 2001

The butterfly effect of the global war on terror has had far-reaching impacts on the freedoms it was meant to defend. 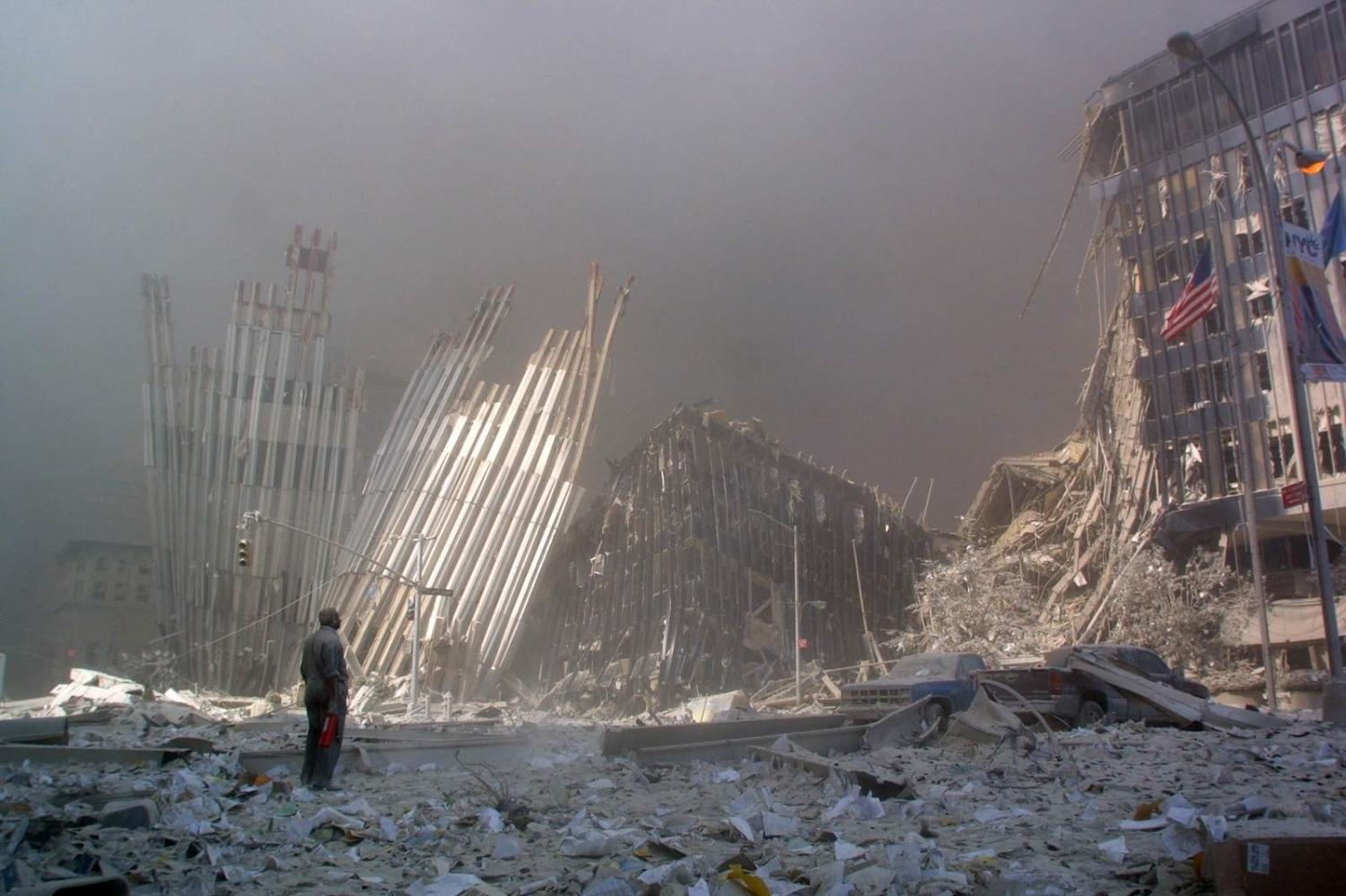 The 9/11 attacks – four separate coordinated strikes by al-Qaeda using passenger planes as weapons of mass destruction – were the deadliest and most consequential terrorist events in history. The attacks on the World Trade Centre towers and the Pentagon and the hijacked United Airlines Flight 93 that crashed in Pennsylvania killed almost 3000 people and injured thousands more. The acts not only shattered the United States’ sense of security, but profoundly shaped global affairs in the succeeding two decades.

The events of that day ushered in a new era of interventionist US foreign policy, which approached global challenges and US national interests through the prism of counterterrorism. George W. Bush-era foreign policy is most known for the military interventions in Afghanistan and Iraq, but it also encompassed a number of counterterrorism missions that made up the War on Terror and a corollary Freedom Agenda, which aimed to address the structural challenges and grievances that Bush argued fuelled jihadist militancy. As Bush put it at the time, al-Qaeda attacked the United States because “they hate our freedoms”.

In his 2005 second inaugural address, Bush responded by formulating a foreign policy agenda that would promote the spread of freedom, liberty and democracy around the world to address the political grievances that fuelled extremism and combat the “terrorists’ ideology of hatred”. However, it was widely criticised as “democracy at the barrel of a gun”.

The lingering sense regarding 9/11-era foreign policy is one of failure.

The lack of planning and insufficient resources put into reconstruction and nation-building in Iraq and Afghanistan only served to further drive political and societal grievances and compromised the legitimacy of the United States democracy promotion efforts. That and the fact that the United States continued to work with authoritarian and ideologically extreme countries in the Middle East such as Egypt and Saudi Arabia in the name of counterterrorism further fuelled perceptions of hypocrisy on the part of the United States and its allies.

The lingering sense regarding 9/11-era foreign policy is one of failure. This is especially so in the wake of the recent US withdrawal from Afghanistan. A 20 year military intervention where thousands of lives lost and billions of dollars spent aimed at unseating the Taliban and defeating al-Qaeda ushered the Taliban back into power mere days after the withdrawal, leaving the country once again at risk of becoming a safe haven for jihadists. As if to underscore it all, the newly appointed Interior Minister of the Islamic Emirate of Afghanistan under the Taliban is Sirajuddin Haqqani, leader of the al-Qaeda aligned Haqqani network and listed on the FBI most-wanted list with a $10 million bounty.

Likewise, the Bush administration’s Freedom Agenda faltered rather than flourished. Global democracy is now in a marked decline and undermined in the world’s leading democracy. While the Bush administration promoted democracy abroad, the War on Terror ushered in legislation that eroded civil liberties, increased mass surveillance and grew executive and law enforcement powers in the United States and other Western nations. The United States’ deep divisions cultivated during the 9/11 era, lingering anxiety, and the growth of executive power led to the election of Donald Trump – who arguably did more than any modern US president to erode democratic norms – culminating in the spread of his 2020 election “Big Lie” and the 6 January insurrection against the US Capitol. For the United States, the terrorist threat is no longer from abroad, but increasingly from within.

This has left people wondering if the United States and its allies achieved anything from 9/11-era foreign policy. Not only is Afghanistan under the control of the Taliban once again, but Iraq, considered to be a war fought on false pretences and a strategic mistake, is not the beacon of stability that the United States hoped would anchor a new Middle East. The world is less free. The United States is more inward focused and less certain of its place in the world. Its reputation as an alliance partner has been increasingly questioned.

After two decades, it is important to properly situate the impact of the 9/11 attacks and the War on Terror on global affairs.

An even bigger question is how has the 9/11 era shaped, obscured and distorted future foreign policy challenges? In order to comprehend that, we need to understand how the 9/11 attacks changed our world and impacted other global dynamics.

In many ways, the world has moved on from 9/11. There are new preoccupations and challenges – great power competition between the United States and China, the Covid-19 pandemic, technological changes and the imperatives of addressing climate change. Yet the world still lives under the long shadow of the 9/11 attacks and the consequences of the War on Terror. After two decades, it is important to properly situate the impact of the 9/11 attacks and the War on Terror on global affairs.

There is a lot to unpack.

In our latest Lowy Institute feature, we asked six contributors with diverse foreign policy experiences and perspectives how 9/11 changed our world. Their answers touch upon the impact of the attacks on Muslim communities worldwide, China’s rise, trust in democracy and the effectiveness of US military power, among other dynamics.

Previous Article
Candour, at last, on China – but then what?
Next Article
The right climate for Indonesia-United States cooperation

With outbreaks in the ranks and resources directed home, America’s commitments abroad will be challenged.
Björn Alexander Düben 15 Apr 2019 06:00

The souring mood towards Beijing from Berlin

Germany was a major Western country to keep on side with China, only ties are now plagued by wariness and suspicion.