A new measure of foreign aid impact in countries hit by Covid and infrastructure failure is set to fill the gap.

Hundreds of people line up for foodstuffs at a slum area in Palembang, Indonesia on 24 February 2022 (Muhammad A.F/Anadolu Agency via Getty Images)
Published 11 May 2022     Follow @AlexandreDayant

Over the past two years, the global pandemic has had staggering economic and social impacts in Southeast Asia, pushing millions into extreme poverty. As economies slowly emerge from the crisis, an uneven recovery raises concerns of deepening divides in the region. International development assistance should play an important role in addressing this divide.

With 650 million people and a combined gross domestic product (GDP) of almost US$3 trillion, it’s no surprise that Southeast Asia is considered critical by the West. The region has been a strong focus for the Indo-Pacific strategies of the United Kingdom, United States, France, Germany, Russia, China, India, Australia and Japan.

But the missing link in each of these partnership strategies has been development assistance. Foreign aid appears not to be the priority that it once was. Over the past three decades, Southeast Asia has experienced high economic growth, rising incomes, and declining poverty, making the region one of the most dynamic hubs in the world. Countries such as Laos, Cambodia, Myanmar and Vietnam, which in the 1980s were considered among the poorest in the world, are now listed as lower middle-income countries, while the so-called “tiger cub economies” – Indonesia, Malaysia, the Philippines and Thailand – are aiming to move up to high-income status.

However, the need for aid and development finance in the region has regained prominence as countries struggle with Covid-induced economic slowdowns and other developmental challenges such as food and energy security, infrastructure deficiency and environmental sustainability.

Development partners involved in the region are now numerous, but practices are often opaque and it is difficult to evaluate the extent of their activity on the ground. Detailed and transparent development finance information remains sparse and hard to access. A better understanding of the aid landscape in the region is needed to give a clearer picture of partner engagement in Southeast Asia.

To gain a clearer perspective of development finance in Southeast Asia, a comprehensive dataset must be produced that examines projects by all donors to the region and how the initial financial commitments are eventually disbursed.

Existing studies have taken a piecemeal approach, examining development finance architecture by looking at specific donors or only focusing on infrastructure projects in the region. Arguably, the economic growth of China has driven some of this focus, particularly when it comes to highlighting its Belt and Road Initiative (BRI), which promotes lending money to developing countries to build infrastructure, mostly in the transport and power sectors. This is certainly the case in Southeast Asia, where the initiative is broadly popular as almost all of the region’s countries face infrastructure deficiencies.

Meanwhile, the role of non-traditional development partners in the region, such as India, the UAE and Russia, has received little scrutiny as their programs tend to lack transparency.

To gain a clearer perspective of development finance in Southeast Asia, a comprehensive dataset must be produced that examines projects by all donors to the region and how the initial financial commitments are eventually disbursed. In the past, the trend has been to study only the commitment data in these projects, which often inflates actual donors’ activity.

A forthcoming Lowy Institute project, provisionally titled Southeast Asia Aid and Development Finance Map, seeks to fill this gap in information. Its focus is on analysing both commitments and disbursements to gain a better perspective on which projects eventuate and how much money is actually spent on the ground. The dataset aims to provide a comprehensive view of all development financing in Southeast Asia, from traditional and non-traditional donors. It also adds depth to the existing knowledge about evolution of aid in the region through quantitative and qualitative analysis.

The project will be an important addition to the growing debate on the contested influences in Southeast Asia. The benefits of shedding light on development cooperation will be twofold. First, it will offer a clearer understanding of the geopolitics at play in the region. Second, it will help to foster more efficient development finance in Southeast Asia. Concomitantly, it may allow donors to better coordinate with other agencies, increasing aid effectiveness. Indeed, without clear and open communication, donors run the risk of duplication and crowding each other out.

The Lowy Institute Southeast Asia Aid and Development Finance Map is due for release in coming months. 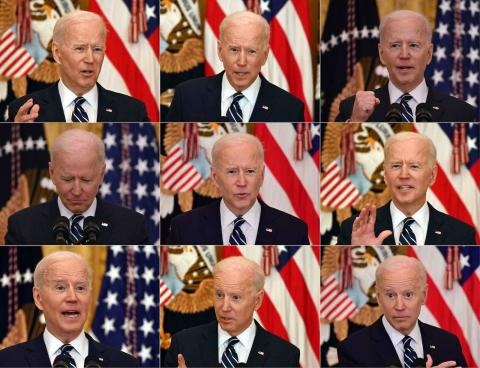 Previous Article
Where are the women? The challenge facing the next PNG parliament
Next Article
The case for rejuvenating DFAT

Thinking outside the box on Southeast Asian maritime security

Links on updates across the aid and development field.
Alexandre Dayant 12 Feb 2018 16:16

Aid and development links: future of US aid, Oxfam under fire, the meaning of resilience, and more

Links from the aid and development field.