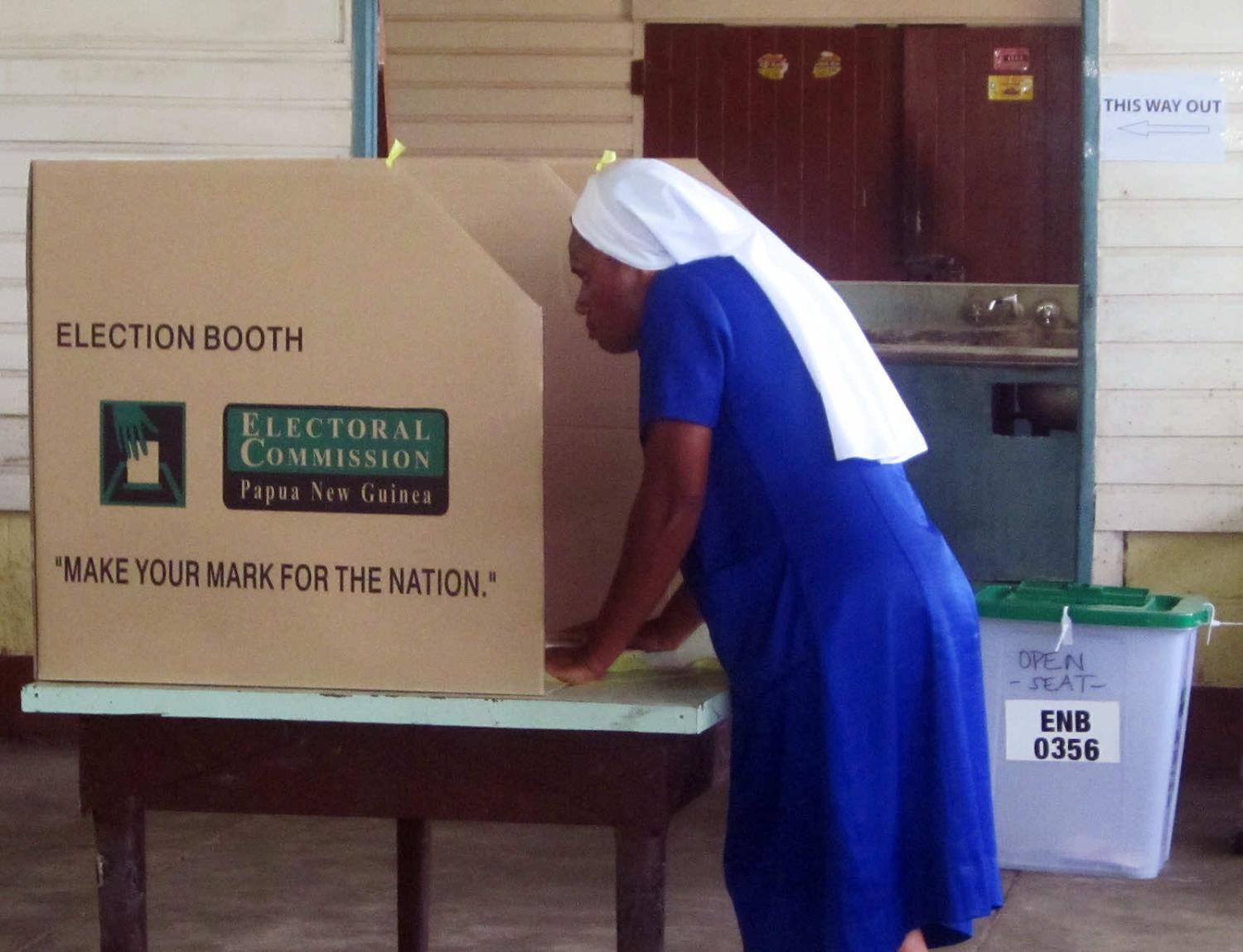 Papua New Guinea is about to issue the writs for its national elections to formally start a campaign that will culminate with two weeks of voting from 9–22 July. Historically, elections in PNG have been fraught with violence and fraud, the political landscape dominated by male politicians practising what is often called “big man” politics. On the latter score, at least, this year promises to be little different.

With men having easier access to money, resources and power, women candidates have often found it difficult to challenge. The last parliament in PNG was an all-male affair with not a single female MP in the chamber. Efforts to foster temporary special measures to support female candidates have either failed or become so protracted as to be practically meaningless. A proposed bill for five reserved seats for women candidates representing each of the four regions and the National Capital District has been shelved ­– it is now promised to be debated after the coming election. Getting the measures passed before the polls proved not to be a priority.

Political endorsement of female candidates by political parties is still very low. The National Alliance Party has endorsed four women candidates to contest in four different regional and open seats for this election. However, males are still expected to make up the overwhelming majority of candidates overall in the 118 seats for the next parliament. Since independence in 1975, PNG has had only seven women legislators.

The role of women in politics ­– and extending across government, business and other positions of leadership ­– has often been overshadowed by massive cultural and structural factors associated with a predominantly patrilineal society in the country. Even family members of political dynasties long dominant in PNG, for instance the Somares and the Skates, found that legacy could not overcome the barriers to women’s representation in parliament. In the 2017 election, neither of the daughters of two former PNG prime ministers, Dulciana Somare or Anna Skate, managed to win as candidates in the East Sepik Regional seat or the Port Moresby South electorate respectively.

Measures that attempt to ensure women have the opportunity to fairly compete are presently weak.

As a consequence, you don’t much hear the concepts of “big woman” or “big shot woman” applied in any research pertaining to government and politics in PNG. But these ideas do occasionally come up in conversational terms among everyday citizens in reference to the emergence of a new class of female figures. The late Janet Sape was one such example, a successful businesswoman and a onetime political candidate. So when embarking on postgraduate research into women in PNG politics – and inspired by previous ethnographic work by anthropologist Keir Martin in his book The Death of the Big Men and the Rise of the Big Shots – I decided to incorporate these terms to compare women and men in local politics.

What is already known is that although some women have contested in the past nine elections, they have faced massive gender inequality, whether through cultural constructs or other structural factors such as a biased appointment system favouring “big men”. Campaign support for women is patchy to say the least. Women in rural areas especially have to contend with strong patriarchal values in the community, rendering them “invisible”. Men across the country have a significantly higher literacy rate than women according to UNESCO estimates, and gender-based violence continues to be a problem everywhere. These factors tend to push women to the periphery, consequently placing the onus of leadership on men.

There is also a lack of broad support for special measures to increase the chances for women in politics. One former female MP, Dame Josephine Abaijah, warned the proposal for reserved seats for women would create a “second-class in parliament” and that “women must stand against men”. In her view, if she was about to win, other women could and should too. “This is politics,” she said. “In politics, the people decide, not parliament.”

But such sentiment appears to set in train a continuation of what has been the same “big man” experience dominating politics in the country for its nearly 50 years of independence. Measures that attempt to ensure women have the opportunity to fairly compete are presently weak. For instance, the PNG National Council of Women (NCW) – an institution created under the Department of Community Development and Religion to drive awareness and mobilise women’s voices – struggled to establish itself during the first decades following independence due to funding limitations, poor coordination and lack of political will to ensure its success.

Interestingly, a recent study by the Pacific Private Sector Development Initiative (PPSDI) found that women’s representation in business leadership in the Pacific compared favourably with global averages – as the report put it, “the business community in the Pacific offers greater opportunities for women to take on leadership roles than the political sphere”.

However, the findings for PNG in particular were less encouraging. The report found that the number of women holding board seats, board chair positions, and CEO positions was lower than the regional average, and mostly below the global standards. It was a reminder that women’s representation in PNG overall is poor, not only in politics and business, but across both the formal and informal sectors.

Women will continue to remain unrepresented if drastic measures are not forthcoming.

Asia’s order beyond the great powers

What might be called second tier players, when acting together, can have a profound influence to shape the region.
David Brewster 27 Feb 2019 15:00