A truly gender-responsive peacebuilding program will not only help dispel myths about women but build sustainable peace. 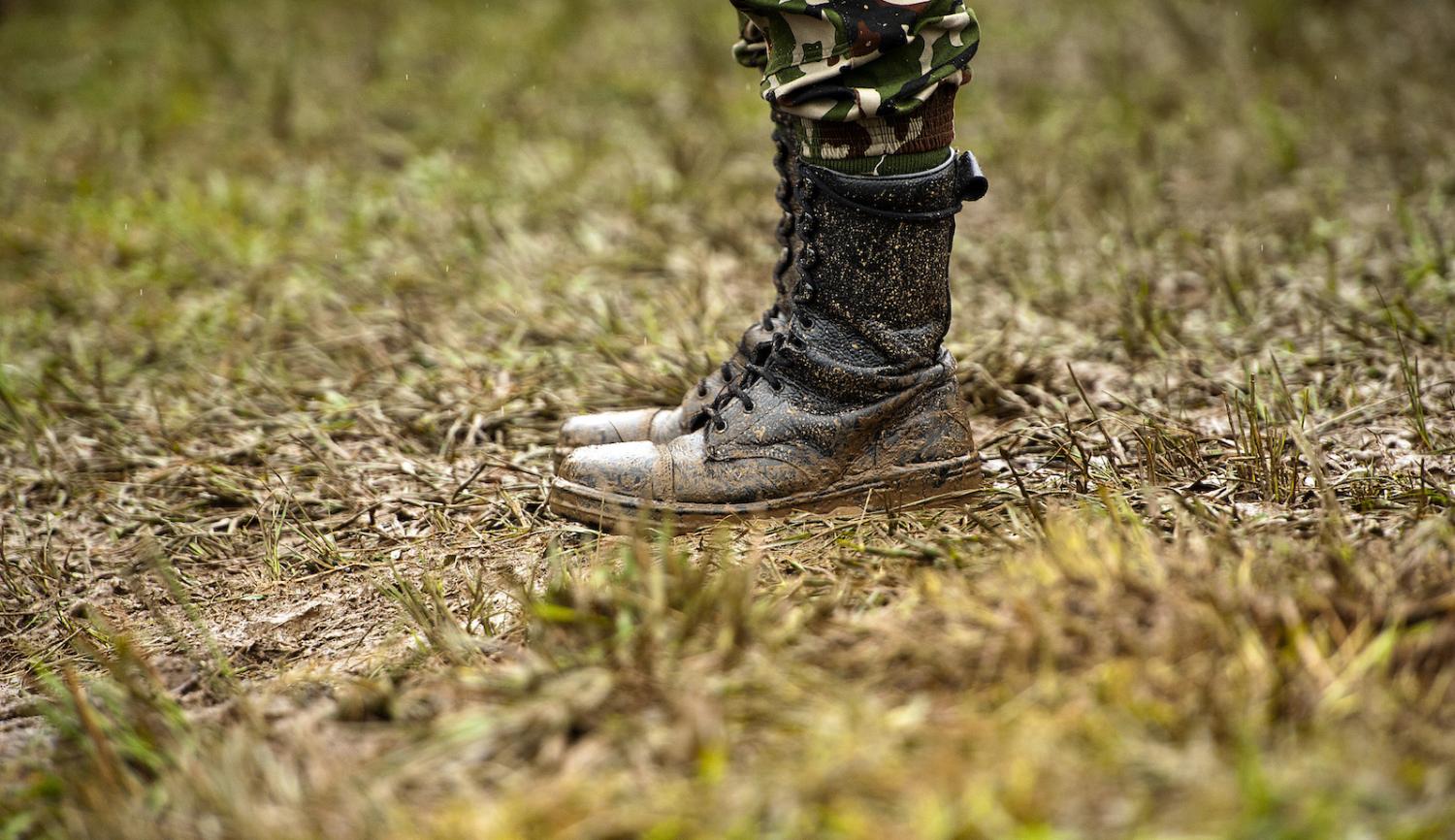 Australia recently took the final step towards removing any barriers for women serving in combat positions in the Australian Defence Force (ADF). Last month, the Civil Law and Justice Legislation Amendment Bill 2018 passed the parliament, removing barriers preventing women engaging in ADF combat roles from the Sex Discrimination Act 1984. Australia is also withdrawing its reservation to the Convention on the Elimination of all forms of Discrimination against Women (CEDAW) relating to the exclusion of women from combat duties.

Arguments about strength and endurance overlook the broad skillset modern militaries require, and arguments about bonding wrongly assume that male homogeneity rather than professionalism is key to cohesion and effectiveness.

However, within and beyond Australia, we are still often told that women can’t play a prominent role in the military because it is not women’s work.

Either women are said to be not interested in the defence sector, they have caring responsibilities, they don’t have the strength and endurance, or they would be a distraction or disrupt bonding among troops, which would adversely impact operational effectiveness. And on it goes.

The result is a poor record in what is known as “Security Sector Reform” or SSR, for short. SSR is often undertaken after armed conflict and is a core feature of peacebuilding today.

This is because it is recognised that to improve security, a country needs professional and effective security sector institutions.

Effective security sector institutions are generally ones that enjoy the trust and confidence of the people and respond to their security needs. This demands that SSR processes and the post-reform security sector institutions are inclusive. This means that both women and men should participate in decision-making during and after the reform process and that the specific needs of both women and men should inform all decision-making.

In practice, however, assumptions about women’s place and women’s work mean that they are often marginalised from SSR programmes and post-reform structures, and the specific needs of women are ignored. This is particularly the case in the defence sector.

Research conducted by Monash University looked at defence reform in a number of post-conflict countries to investigate this gap between policy and practice. The findings showed arguments about a woman’s place and her skill-set, aptitude and interests are frequently used to justify women’s marginalisation in defence reform and post-reform defence structures. This is even though these arguments often lack substantive evidence or are challenged by reasoned debate.

For example, arguments about strength and endurance overlook the broad skillset modern militaries require, and arguments about bonding wrongly assume that male homogeneity rather than professionalism is key to cohesion and effectiveness.

Ironically, in many of these post-conflict countries, where we are told women don’t have the skillset, aptitude, and interests to work in the defence sector, a large number of women were active combatants during the conflict. Only then the excuse becomes that these women were coerced or duped into joining armed groups or that they did not have combat roles. While this is sometimes the case, it is certainly not always true.

In Nepal, for instance, women constituted more than 30% of the People’s Liberation Army (PLA) during the conflict 1996-2006. Many were active combatants and chose to join the PLA for ideological reasons, including fighting for gender equality.

And yet after the conflict, assumptions about a woman’s place resulted in only 3% of female former PLA combatants being integrated into the Nepal Army (104 women compared with 1318 men). This is because these assumptions are often held by those designing and implementing defence reform program – who tend to be male and come from male-dominated security sectors. As one senior member of the defence sector in Nepal once asked the author:

You don’t really think women can be in the army, do you?

Today, the statistics only fare a little better, with women comprising just under 4.5% women of the Nepal Army and predominantly at the lower ranks.

Because women are often not assumed to be “real combatants” or because they are sometimes side-lined by insurgent leaders who tend to be male (especially where resources or reintegration assistance are limited), former female combatants are frequently less likely than their male counterparts to benefit from reintegration assistance. This and women’s frequent self-demobilisation, outside formal programs, has a direct effect on limiting the number of women who are likely to be integrated into the defence sector.

We know that assumptions about a woman’s place, skillset, aptitude, and interests are largely baseless and lead to women’s marginalisation and exclusion from the defence and broader security sector. This, in turn, has an impact on how representative and responsive these institutions are and, ultimately, how effective they are as well as how comprehensive and sustainable peace is likely to be.

If, however, comprehensively gender-responsive peacebuilding programs are implemented – far beyond tokenistic recruitment which tends to characterise most programs today – there is the potential to effect transformational change in societies. Institutional cultures, norms, processes, and practices within the defence and broader security sector can be influenced, as can assumptions women’s and men’s place and skillsets.

This can further help redress inequitable access to security and justice, and thereby alter gender power relations and, with it, build more sustainable peace and more comprehensive security.