The Foreign Minister’s speech follows a run of major foreign and defence policy speeches ahead of the poll that matters. 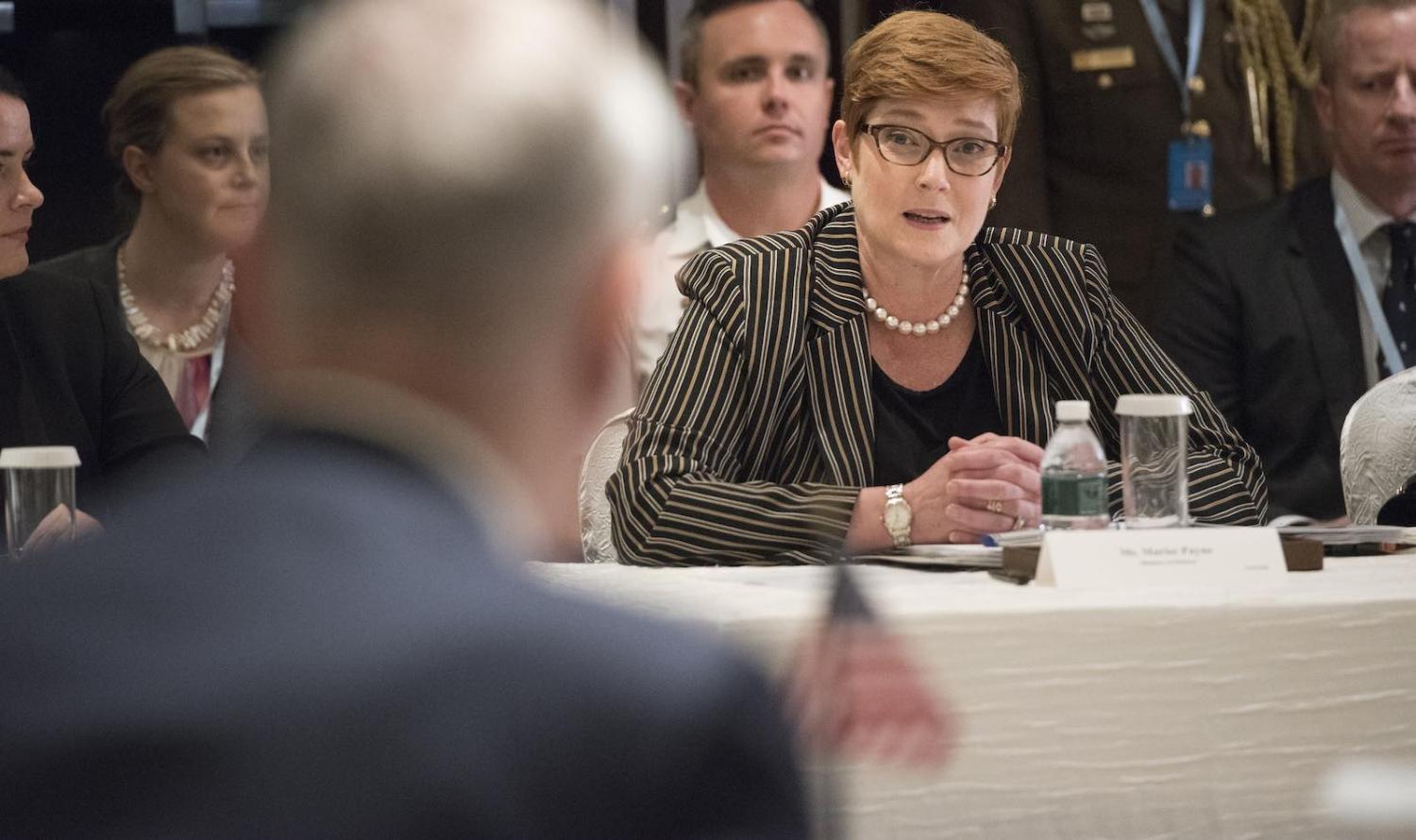 Foreign Minister Marise Payne’s speech comes after a concerted run of major foreign and defence policy speeches, each laden with announcements as the major parties joust in unofficial campaign mode running up to the 2019 federal election.

First was the Opposition Leader Bill Shorten’s speech at the Lowy Institute on 29 October. A day later, Shadow Foreign Minister Penny Wong addressed the APEC Study Centre in Melbourne on “Future Asia and the Pacific”. Prime Minister Scott Morrison spoke on 1 November for the Asia Society at Bloomberg’s headquarters in Sydney and again at Lavarack Barracks in Townsville a week later.

The speech focused on a broad survey of the security and foreign policy challenges facing Australia today.

Minister Payne has the unenviable task of following in the footsteps (if not the “comfortable work boots”, a.k.a. red satin shoes just donated to the Australian Museum of Democracy) of the popular, confident, and competent former foreign minister Julie Bishop.

Payne’s speech began with the statement: “the first duty of any government is keeping Australia and Australians safe”, setting the scene for a focus on security. She ended the speech reiterating this. As a former defence minister, a focus on security and defence was to be expected. The Senator handled questions on this area adroitly and with a facility for the numbers and facts.

It’s a shame Payne’s government had made all its announcements on foreign and security matters before she spoke today. It left her with no concrete “announceable”. The speech focusing instead on a broad survey of the security and foreign policy challenges facing Australia today. The order she approached them and the detail she devoted to them gave some insight into her or her government’s priorities: cyber (at length), space, weapons of mass destruction, terrorism, the Pacific (at length), and Myanmar (briefly).

Highlights from The Interpreter on the challenge of North Korea.
Erin Cook 17 Feb 2020 06:00

Rodrigo Duterte and his backers appears to be exploiting the public health crisis to wedge opponents at home.
Casper Wuite 3 Apr 2017 17:24

Sisi in DC: The state of US-Egypt relations

Economic reform and terrorism - not human rights - will be on the agenda when Trump meets Sisi in DC.