Being able to sink ships doesn’t end a war. Australia should consider ballistic nuclear missile subs as an alternative. 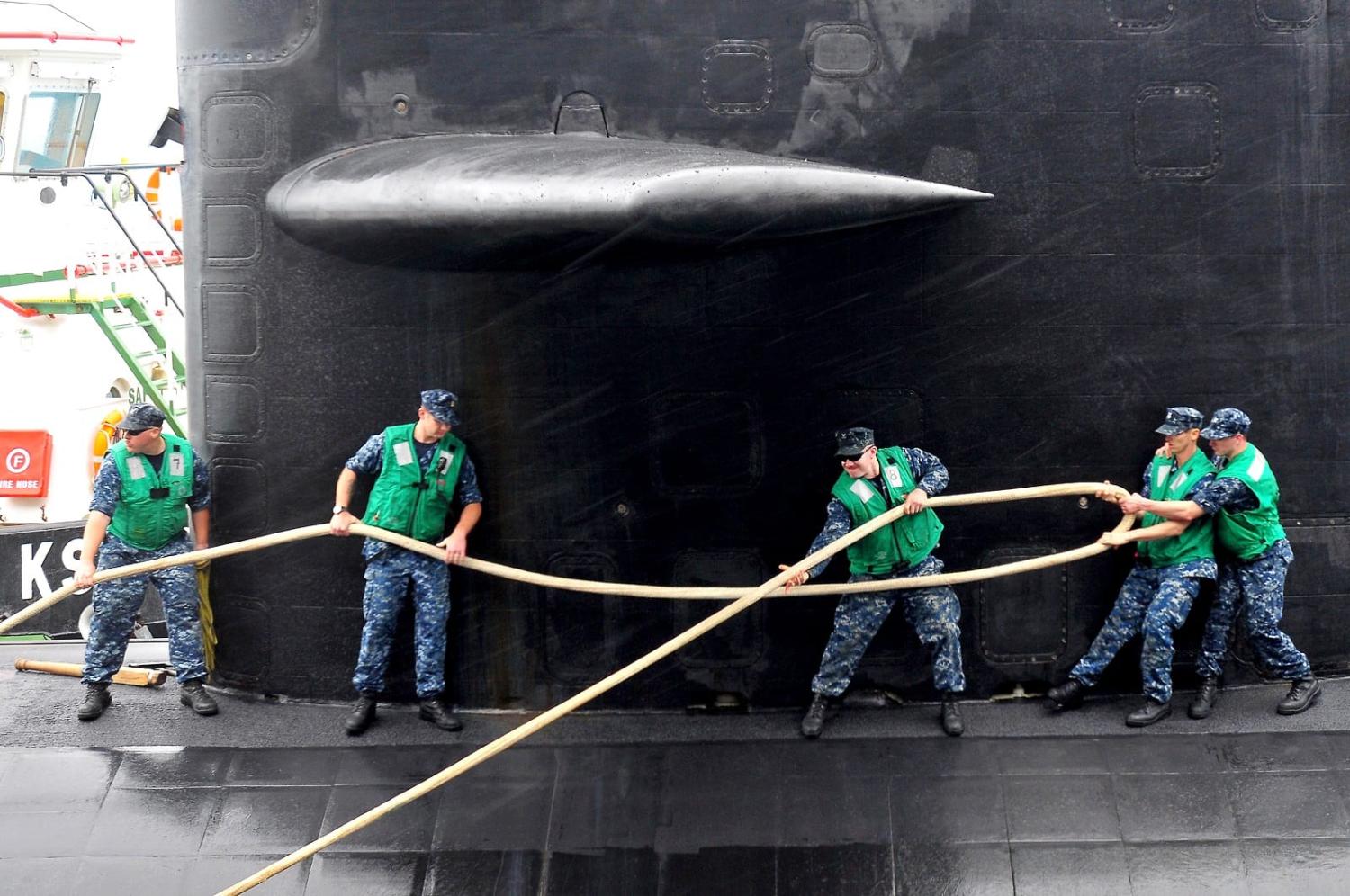 Nuclear-powered attack submarines (SSNs) are technically incredible. They are akin to the Australian Navy’s conventionally powered Collins Class submarines but much faster, much longer ranged and with much greater submerged endurance. However, in terms of combat systems and torpedoes, the Collins and SSNs are very similar. Both sink ships really well. By comparison, anti-ship missiles fired from aircraft, surface ships and land vehicles have small warheads and cause mission kills, that is, damages a hostile ship sufficiently that it leaves the battle for homeport and repairs.

These characteristics shape South China Sea submarine operations. Retired Australian Navy Vice Admiral Mike Noonan argues that Collins submarines in having to occasionally recharge their batteries will be readily detectable in the future when operating close to China. SSNs will not be so vulnerable. The Collins submarines, being designed as part of the 1987 Defence of Australia strategy, were not intended to cruise alone near the coasts of a distant hostile superpower.

The crux of the matter now comes into view. Australia apparently believes that operating its SSNs (probably about three on station) in the South China Sea could deter China starting a war in the future by threatening to sink Chinese warships and submarines. Deterrence tries to decisively influence the minds of potential aggressors and so prevent war starting. History suggests caution if seeking deterrence by sinking ships.

In the Ukraine war, the sinking of the Moskva cruiser, along with a landing ship, a naval tug and five patrol boats defeated the Russian navy, but the war continues. In the Falklands War, the sinking of the Belgrano cruiser by a British SSN defeated the surface ships of the Argentine navy, but the war continued. Such examples suggest that sinking warships in the South China Sea may send a future Chinese navy back to port or induce them to operate elsewhere. In a major war, this would be highly desirable, although it’s hard to see this in itself as war winning. The war would continue.

The Ukraine war, where a great power has attacked a middle power, might again be instructive. Here, nuclear matters loom large. The Russians arguably would not have invaded if Ukraine had not given up its Soviet-era nuclear forces or if Ukraine was a member of the nuclear-armed NATO alliance. Russia has not attempted to physically stop the weapons flowing into Ukraine from NATO countries because NATO has nuclear weapons. Even so, Russia  has succeeded in constraining this flow by making regular nuclear threats. The German Chancellor recently stated that Russia’s nuclear capabilities are deterring him from approving sending heavy weapons such as tanks to Ukraine.

In a curious way, this fear of attacks on national territory recently played out in China’s state-run Global Times. According to the communist party media outlet, the possibility of Australia buying the B-21 bomber “would enable Australia to launch long-range strikes against China, thus posing serious threats to China”. In contrast, Australia buying nuclear submarines appears a matter of nuclear proliferation, not some clear danger to China. Such a difference in understanding suggests B-21s might deter, while SSNs maybe not as much.

Australia could join with the United Kingdom in acquiring, manning, operating and sustaining the small Dreadnought fleet. This means both nations would need to mutually agree to use the missiles. There are few nations that could make such a nuclear-sharing deal work, but Australia and the United Kingdom potentially could.

Australia would not get nuclear weapons under such a deal or even nuclear-powered submarines for its sole use. Indeed, such a shared SSBN idea would not be wholly new. For many years, the US has shared nuclear weapons with Belgium, Germany, the Netherlands, Italy and Turkey; proliferation concerns have already been addressed.

Australia would outwardly seem to have access to a long-range, highly survivable nuclear strike option for situations of dire national danger. This would significantly deter any great powers starting a war with Australia, something simply having SSNs will not do.

Australia’s new SSN force planned for the 2040s and beyond will be great ship killers. They will effectively be today’s Collins submarines on steroids, but no more. An alternative that might stop a war from ever starting seems worth considering. A sharing option would also be faster to enter service and probably rather lower cost. An expensive SSN plan won’t decisively influence the minds of potential aggressors. However, an SSBN-sharing arrangement under AUKUS definitely would.

Tackling endemic domestic violence and the lack of women in parliament should be renewed as a focus across the Pacific.
Daniel Flitton 21 Mar 2018 17:00

What next for the anti-whale hunters?

If Japan caused headaches, a fight with China about activists at sea will be very awkward for Australia.
Sean Dorney 18 Aug 2017 08:23

Will the PNG election ever end?

The count in the final undeclared seat in Papua New Guinea’s 2017 national elections has resumed – more than five weeks after polling was supposed to end.