The Foreign Minister’s China challenge will grab most attention – but what she said about multilateralism matters more. 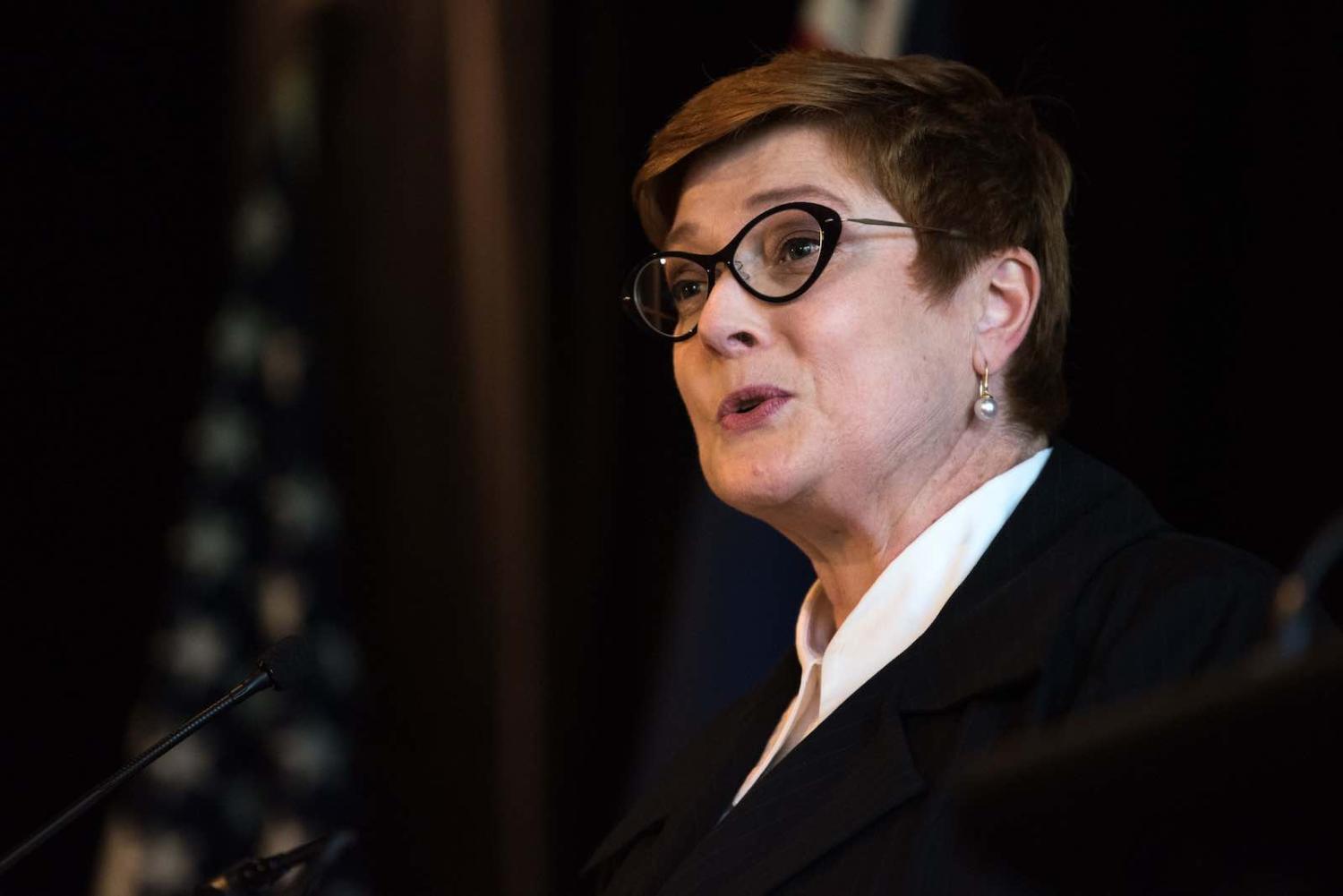 It would be welcome for Marise Payne to give more interviews and public speeches like the one she delivered Tuesday evening about “Australia and the world in the time of Covid-19”. Former prime minister Malcolm Turnbull made this very point about his “good friend of many years” in his recently published memoir:

She knew her stuff, and when she spoke – as I often said to her – I always felt safer. She was calm, knowledgeable and considered. But she lacked confidence in her own considerable ability and wouldn’t get out enough in the media …

Payne was Defence Minister under Turnbull and together they crafted the final version of the 2016 Defence White Paper. Yet despite his faith in Payne, Turnbull said he anointed Christopher Pyne – a political animal never shy of the spotlight – as Minister for Defence Industry in order to better promote the government’s plans in the area. Invariably, Pyne’s prominence in debates led to speculation he was angling for Payne’s job, distracting from her performance.

Now Payne is Foreign Minister under Scott Morrison, yet her profile hasn’t much grown in the media presentation of Australia to the world. On Tuesday evening, during the questions following her speech at the Australian National University, she jokingly pushed back on the suggestion that an answer to the disinformation swirling around Covid-19 might be advocacy for some old-fashioned journalism. It’s doubtful that Payne will ever be quite as prominent as her predecessor Julie Bishop in speaking before a microphone.

Payne, although critical in her speech about the performance of WHO leadership during the pandemic, also acknowledged “there is no other institution that can marshal collective efforts to improve health security across the globe”.

Yet Payne’s speech was noteworthy, and many more will be needed to reassure the public and explain Australia’s position in what she described as a time of “unprecedented strain”. She directly pointed a finger at China – along with Russia and Turkey – for taking advantage of Covid-19 to spread disinformation that “contributes to a climate of fear and division” in an effort to undermine faith in democracy. And her defence of democratic systems was robust, arguing “facts and transparency” will prove stronger.

While Payne’s comments about China will invariably receive most attention – leading most media reports about the speech ­– the early theme of her remarks was very much the challenge for the world of working better together. “Covid-19 is a shared crisis,” she said. Words such as “cooperation” and “consensus” and “constructive” were sprinkled throughout.

This sentiment will invariably sound a note of contrast to the “negative globalism” lecture Morrison delivered last October at the Lowy Institute, much as Payne sought to portray a logical continuity between the two speeches. Morrison’s emphasis then was a “dedication to national sovereignty”, whereas Payne cast the challenge for successful international co-operation as “the concept that each country shares, rather than yields, a portion of its sovereign decision-making”.

Covid-19 may have intervened, yet this tension around multilateralism is nothing new. The history of the United Nations reads like a choose-your-own-adventure book for sovereign members who will champion the cause of collective action when it suits, only to go it alone when “national interests” demand. Another of Payne’s predecessors, Alexander Downer, put this plainly after deadlock in the UN Security Council stymied efforts to gain authorisation for the US-led invasion Iraq. “Some multilateral institutions will remain important to our interests,” Downer declared in 2003. “But increasingly, multilateralism is a synonym for an ineffective and unfocused policy involving internationalism of the lowest common denominator.”

Critics of the World Health Organisation response to Covid-19 will see vindication in such comments. Yet Payne, although critical in her speech about the performance of WHO leadership during the pandemic, also acknowledged “there is no other institution that can marshal collective efforts to improve health security across the globe”. Frustration with multilateralism should be regarded as a given, rather than an excuse to give up. A more consistent and sustained investment to the hard task of nurturing multilateral diplomacy over the years from Australia – along with others, most notably the United States ­– could have reduced the opportunity for other countries to exercise the “undue influence” in international institutions which Payne alluded to (in this, she didn’t directly mention China, but it seems safe to assume that was who she meant).

And this challenge of sustained engagement in the difficult effort to “share” decision-making is far from confined to matters related to health, but across a suite of issues – think climate change as an obvious example. Payne, like Morrison before, said Australia doesn’t want to stand back and allow other countries to write the global rules. But beyond a promise for “tangible proposals and initiatives” to improve global health architecture, she did not explain in detail the result of the “audit” Morrison ordered last year into global institutions where Australia has a stake. Nor did she really tackle just how a greater global consensus can be achieved at a time when the US and China are determined to compete far more than cooperate.

And as much as Payne defended Australia’s efforts in proposing an inquiry into the origins of Covid-19 – a good idea which needlessly became entangled in US-China rivalry – whatever the outcome of this process it is only a tiny part of the global challenge to kick-start the multilateral machinery.

Much, much more will need to be said.

Previous Article
Cambodia: Caught in the middle
Next Article
Canberra vs Beijing: A reply to Alan Dupont

A nuclear North Korea reflects the failure of Seoul and Washington’s policy towards Pyongyang for the past quarter century.
Melissa Conley Tyler 21 Feb 2018 11:38