Asia’s oldest democracy looks for a steady hand on the tiller in a time of regional flux. 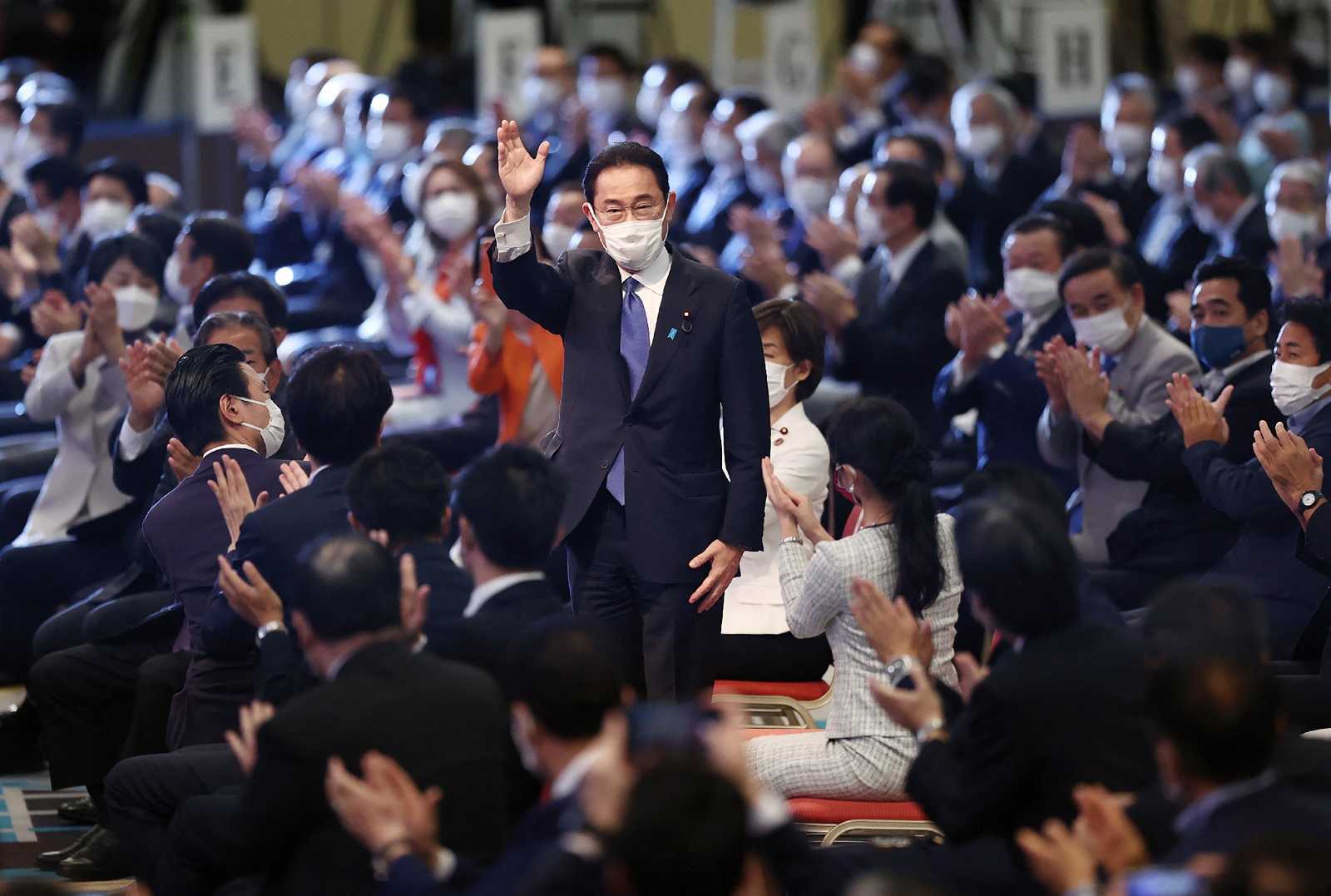 Fumio Kishida after being elected as the new president at the LDP election in Tokyo, 29 September 2021 (STR/Jiji Press/AFP via Getty Images)
Published 30 Sep 2021 12:00   0 Comments

Early next week, Japan’s parliament will formally endorse Kishida as the new prime minister because the LDP with its junior partner – the Komeito – holds a sizeable majority in the lower house.

Kishida was the first to announce his candidacy for LDP president. Later, Taro Kono, and two female candidates, Sanae Takaichi and Seiko Noda, both former ministers of internal affairs, joined the race.

Kishida is a veteran LDP politician who has been elected nine times to the lower house from his electoral district in Hiroshima.

It was a complex and unusual contest: complex because a rare runoff vote became necessary when none of the four candidates was able to secure a majority in the first round – in a break with tradition, faction leaders allowed fellow parliamentarians to vote freely rather than as a bloc in support of a chosen candidate. And unusual, in that it was the first time in the party’s history that two female candidates contested the presidency.

Kishida is a veteran LDP politician who has been elected nine times to the lower house from his electoral district in Hiroshima. He is the head of his own faction with some 46 members, and has served in senior positions both in the party and government. He was Japan’s longest-serving foreign minister (2012-2017) under Prime Minister Shinzo Abe. As with many LDP politicians, Kishida also comes from a political family; both his father and grandfather were parliamentarians.

Kishida is a soft-spoken, conventional and moderate politician whose preferred leadership style would be to work with colleagues through consensus and consultation. While Kono commanded much greater public support and higher numbers of party rank-and-file votes, Kishida won the race on the solid support of LDP parliamentarians at both the first and runoff ballots – 249 votes to Kono’s 131.

While Suga continued in the footsteps of his immediate predecessor by following most of Abe’s domestic and international policy orientations, Kishida is likely to take a different path. He is unlikely to follow the constitutional amendment agenda, a pet project of Abe’s. Favouring an economic stimulus package worth billions of dollars, he will move away from “Abenomics”, a growth strategy based on government spending promoted by Abe. Kishida strongly favours boosting household wealth and delivering the benefits of economic growth to a wider population. His preference is to “create a virtual cycle of growth and distribution” of wealth, and not follow the neo-liberal agenda.

Although no major shifts are expected in Japan’s foreign policy, there exist possibilities of some new policy orientations. The United States is sure to remain the key security ally, the hard-line policy on China will continue, the free and open Indo-Pacific narrative will be strengthened and closer relationships with key partners such as Australia and India will be maintained with ASEAN centrality. Kishida prefers greater spending on defence in order to increase Japan’s capability, such as its missile strike ability. He also supports Taiwan’s membership in the Comprehensive and Progressive Trans-Pacific Partnership (CPTPP) – a stance sure to irritate China.

While a clear strategy to deal with the coronavirus and a blueprint for his economic plan must be presented soon after he forms government, Kishida’s immediate policy plans will be driven mainly with an eye on the forthcoming general election, which must be held by the end of November. His leadership skills and performance, both within the party and in government, will be under the microscope.

It is likely Kishida will have an initial honeymoon period like most of his predecessors, but he will need to make sure that he maintains a reasonably high popularity rate to continue in the post.

Last year, Abe abruptly stepped down, citing health reasons, after being Japan’s longest-serving prime minister. He handpicked Suga as his successor, but Suga only lasted a year, announcing his exit after intense public criticism of his government’s poor management of the coronavirus pandemic.

It is likely Kishida will have an initial honeymoon period like most of his predecessors, but he will need to make sure that he maintains a reasonably high popularity rate to continue in the post. Even though he received a greater number of parliamentary votes than his competitors, he faired rather poorly when it came to rank-and-file and prefectural votes (eight votes to Kono’s 39).

For Japan and for the world, it is crucial that Asia’s oldest and most stable democracy is able to lead the region. Time will tell whether Kishida skilfully leads Japan through this next period of uncertainty in the Indo-Pacific, or whether he is relegated to the age of revolving door prime ministers.