The more cash, the more chance of an incumbent ruling party’s success at elections. 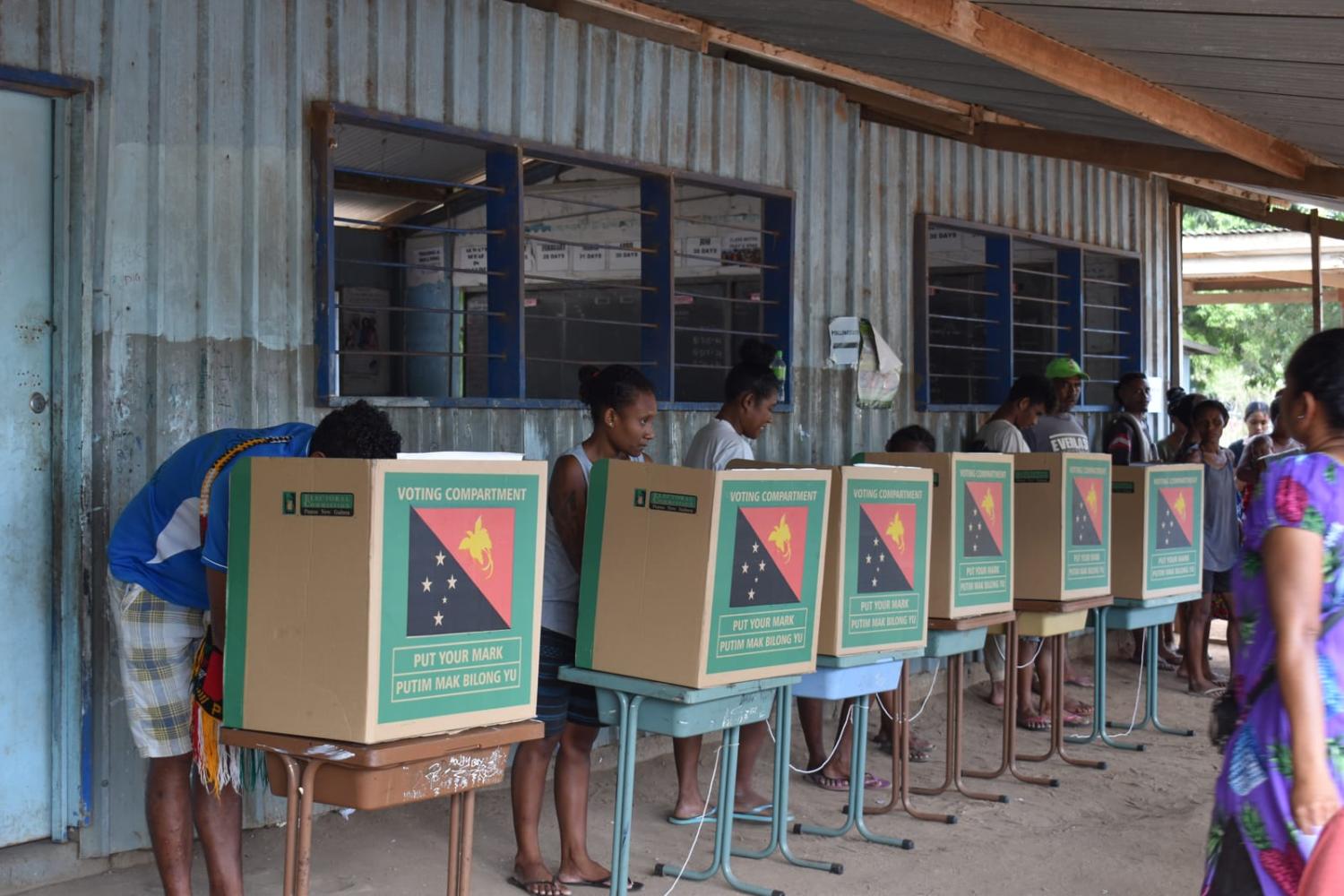 After winning a new term as the Papua New Guinean Prime Minister in August, James Marape has busied himself rewarding members of parliament and strengthening his coalition.

One reward was an all-expenses paid trip to Brisbane in September for 72 MPs to attend the annual PM’s 13 rugby league match between PNG and Australia. Against more pressing development needs, the trip cost more than K3 million. The match saw PNG thrashed by Australia 64 points to 14.

Another reward has been to increase the province and district services improvement program (P/DSIP), or what are typically described as MP slush funds, from K8 million to K10 million, the highest amount ever. This money has become an embedded element of PNG's politics, essentially allowing individual MPs to dole out cash to favoured projects and keep a constituency on side. The emphasis on these province- and district-level funds has come at the expense of national-level planning.

High petroleum prices increasing government revenue has enabled this latest boost to the funds. Government has opted to spend the additional revenue, instead of investing in its legislated sovereign wealth fund (not operational) or reducing its deficit (presently 5.4 per cent of GDP).

There have been three falls in DSIP fund levels and these dips partially explain the changes in government that followed.

Though introduced in 1984, DSIP funds first became an effective political tool in 1999, when the amount increased above K1 million. In the chart below, I use DSIP funds at (nominal) current prices as reported DSIP spending fails to account for inflation. The chart also shows overall DSIP spending as a share of government expenditure. This has been volatile but has trended closely with DSIP funds disbursed to individual MPs.

The spikes in DSIP funds were caused by rising log and coffee prices (1994), introducing the value added tax (VAT) and Bank of PNG financing expenditure (1999), high log and mineral prices (2006), and a push to decentralise public spending to sub-national governments (2013).

Since 1999, there have been three falls in DSIP fund levels. These dips partially explain the changes in government that followed.

The first fall in DSIP levels occurred in 2002. Facing pressure from the World Bank to discontinue DSIP funding, then PM Sir Mekere Morauta diverted part of the DSIP funds to education. This, along with economic difficulties and unpopular reforms at the time, led to Sir Mekere failing to return as PM following the elections.

The second fall in DSIP funds occurred in 2009 during the global financial crisis, dragging on with low global mineral prices in 2010 and 2011. By August 2011, Peter O’Neill was elected PM by parliament following incumbent Sir Michael Somare’s ill health, leading to a constitutional crisis where there were two PMs for seven months.

The third fall in DSIP funds occurred in 2018 when a large earthquake hit, and spending was diverted to earthquake relief. In May the following year, O’Neill was ousted in a successful vote of no confidence.

Maintaining DSIP funds at K8 million per district MP in 2020 also appeared to help Marape survive a vote of no confidence. This, in addition to adjourning parliament sitting days, kept his party relatively intact (23 per cent of parliament) and brought back coalition members who had defected.

DSIP funds also partially explain how government finances enable the incumbent ruling party to succeed at elections. This complements the hypothesis put forward by several commentators on the 2003 amendments to the Organic Law on Political Parties and Candidates (OLIPPAC) mandating that the party with the highest number forms government, leading to the incumbent ruling party returning successfully in the four previous elections.

Marape is protected by the grace period that ends in 2024. By then and in the absence of a negative economic shock, Marape’s use of DSIP funds will likely see him survive votes of no confidence and complete this term.

Despite many countries having issues with the West, China has few obvious alliance candidates.
Frederick Kuo 17 Oct 2018 11:00

While banks back away from coal, political and safety concerns about nuclear power are pushing Tokyo towards it.