Critics of the Southeast Asian organisation’s response miss the opportunity that is offered by trusted engagement. 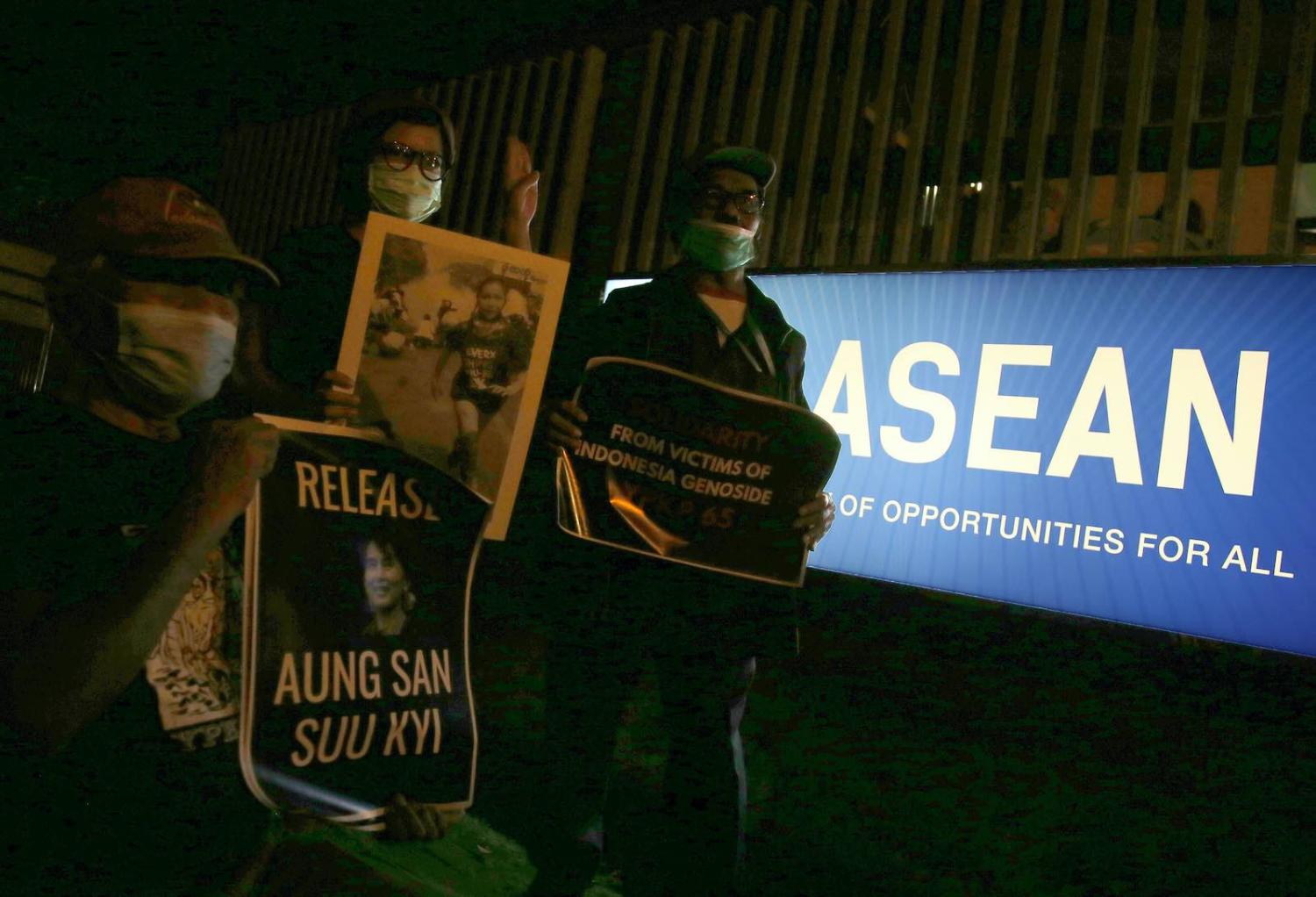 The recent coup in Myanmar is a chance to let the Association of Southeast Asian Nations’ way of quiet diplomacy do its work. There has been criticism of ASEAN for not doing more to condemn the military takeover and subsequent crackdown, leaving some analysts to question whether it is an organisation that prefers to “sit back, and wait to see if the military crushes the protest movement, and then resume business as usual”.

Talk of coercive pressures such as sanctions have proven to be hollow, as Christine Schraner Burgener, United Nations special envoy, made clear when reporting that the Myanmar armed forces, the Tatmadaw, brushed the threat aside, saying, “We are used to sanctions, and we survived … we have to learn to walk with only few friends”. Min Aung Hlaing, the military commander in chief, is no stranger to threats from the international community. The US sanctioned him twice, in 2019 and in 2020, and the UK also imposed sanctions on him.

With ASEAN’s usual quiet diplomacy, the comfort level of Myanmar’s military leaders will arguably increase, and it may eventually encourage them to engage with the regional grouping.

ASEAN’s power lies in the big picture, to create a unified position against external pressure. Typically silent about the internal affairs of its member states, ASEAN’s great role is to calibrate the “comfort level” to subdue any potential tensions. In the process, quiet diplomacy facilitates willing and eventually constructive engagement.

In light of Myanmar’s tense domestic climate, it is critical to avoid any course of action that could further aggravate the situation, which may lead to more bloodshed.

An ASEAN foreign ministers informal meeting was held virtually on 2 March. This meeting highlighted an immediate priority to stop violence and the use of lethal force and for the release of deposed president Win Myint and state counsellor Aung San Suu Kyi. The eventual ASEAN Chair statement reflects the insistence by the grouping on a united position by supporting Myanmar to resolve its own issues.

The difference this time round is how individual Southeast Asian leaders have been more vocal in urging the Tatmadaw to stop violence and the use of lethal force. Indonesia has been consulting and engaging all ASEAN member states, including Myanmar’s military leaders to agree on an action plan that would keep the junta to its promise of holding fresh elections. But Indonesia’s initial bid to engage with the junta was met with protests at the Indonesian embassy in Yangon after the meeting in Myanmar was leaked. Protestors argued that Foreign Minister Retno Marsudi’s visit would legitimise the military government.

Similarly, Singapore’s Foreign Minister Vivian Balakrishnan’s statement during the ASEAN informal meeting amounted to a direct message to Myanmar about the distressing situation, and Singapore’s disapproval over the use of lethal force on protestors simply looking for brighter future. Balakrishnan’s final emphasis – “the rest of us cannot do this for you. We can be helpful, we can be constructive, but you need to do this yourself” – carried a subtle message to Myanmar military leaders that they are ultimately still in control of the situation, as a means of building trust in engagement.

Yet Myanmar protestors threatened to boycott popular Singapore brands such as Tiger Beer and café chain Ya Kun Kaya Toast for not taking firmer steps against the junta. Singapore police had to issue a warning against holding protests in Singapore on the political situation in Myanmar, although other regional protest marches took place in Thailand.

With ASEAN’s usual quiet diplomacy, the comfort level of Myanmar’s military leaders will arguably increase, and it may eventually encourage them to engage with the regional grouping. Myanmar has in fact allowed ASEAN to address internal problems in the past, such as in the aftermath of the 2008 Cyclone Nargis. It has also engaged with ASEAN to support the planned repatriation of Rohingya refugees. Indonesia chose to persue talks about the situation in Rakhine state through ASEAN rather than the Organisation of Islamic Cooperation (OIC) when the OIC became increasingly critical. ASEAN’s approach is less risky. The reclusive country has placed its trust in ASEAN’s role to assess humanitarian needs and other conditions necessary for facilitating refugee repatriation and resettlement. While the slow progress of the repatriation process has been under scrutiny, ASEAN’s engagement with Myanmar over the years has proved that time and patience are valuable assets.

It is clear Myanmar needs help. The coup affects not just domestic stability but also regional stability, especially with a heightened sense of urgency during the Covid-19 pandemic vaccine rollout.

The turmoil is now beyond its seventh week. The economy is paralysed by strikes from opponents of the takeover. With the country still battling Covid-19, healthcare workers have boycotted their jobs in defiance of the military junta, so the true scale of the Covid-19 situation in Myanmar remains unknown.

In this climate, ASEAN is better seen a forum for potential solutions, not an obstruction.

Middle East diplomacy: Assad will have to be included

It would serve no western interests to leave Assad with no option but to look to Iran and Russia for ongoing support.
Alexandre Dayant 27 Mar 2018 11:00

Aid and development links: vanilla fever in Madagascar, textbooks in Kenya, and more

Sunglasses are a staple in the US President’s diplomatic style but not every leader can share the benefit.