Democracy campaigners tried to play by the military’s rules. They suffered for it anyway. 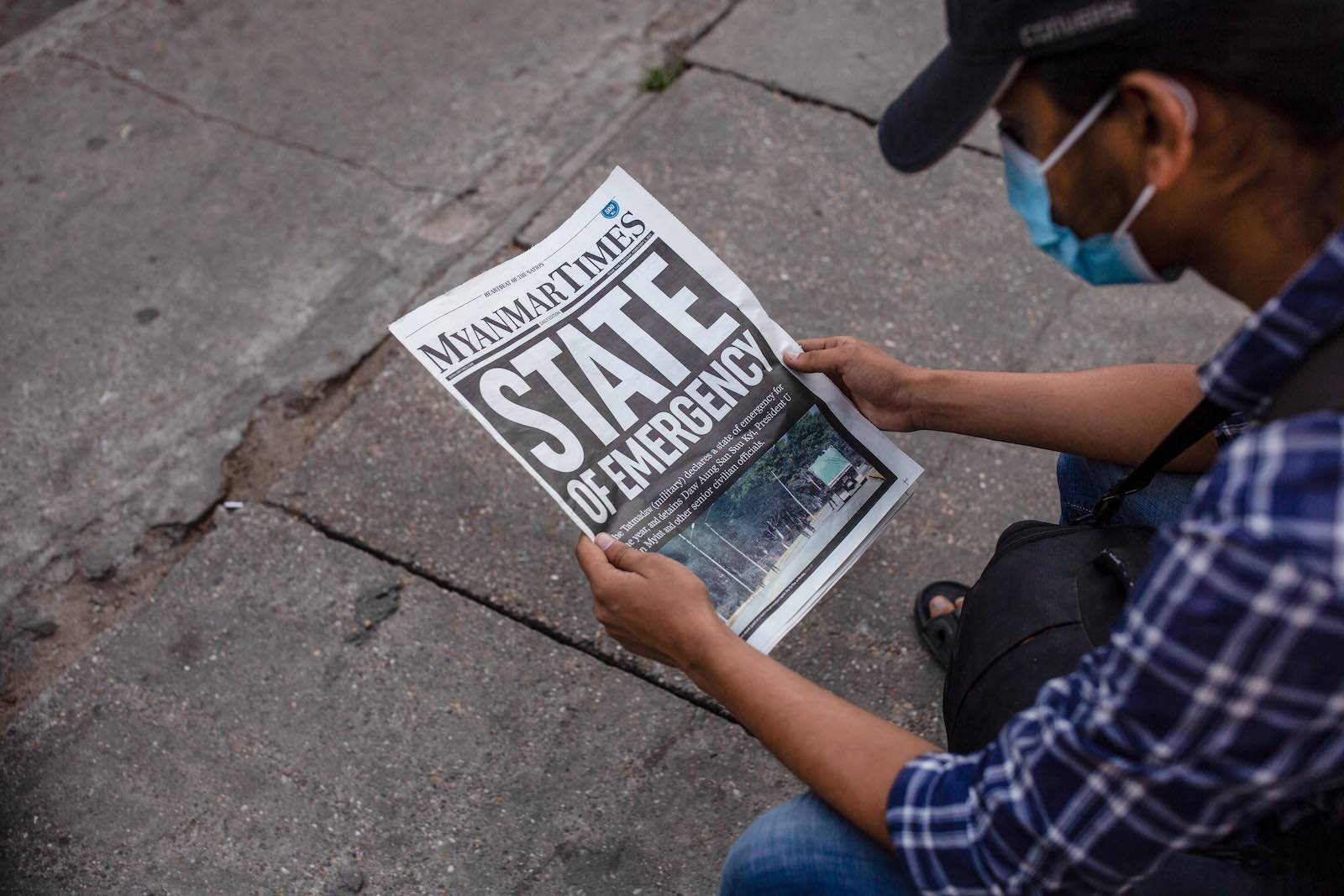 Myanmar’s political transition in 2011 was only ever a partial one. After all, the country moved from direct military rule without a constitution to a constitutional system in which the military reserved for itself unelected seats in parliament.

The National League for Democracy (NLD) was well aware of the privileges the military had carved out for itself.

The last five years of the NLD’s term as government help to illustrate that the threat of a coup was always a possibility. The difficulties of attempting to rule a civilian government under such a threat are enormous.

In many ways, the story goes back to at least the 1990s, when the NLD won an electoral victory but was never allowed to take office. For a long time, the NLD hung on to the view that the military should have allowed them to form government, rather than commence an arduous process of drafting a constitution. The bitter years of military rule were marked by the harassment and detention of many members of the NLD, as well as of other political parties, minority ethnic groups and pro-democracy student groups.

It is hard for those of us in places where there is no threat of a coup to appreciate the real dilemmas the NLD and other pro-democracy actors faced.

In 2010, the military finally decided to hold elections. But the NLD and some other minority parties refused to participate as a matter of principle. Suspicions remained high. They did not want to legitimise the system the military had created and did not believe the claims to political transformation were credible.

The NLD finally entered the political system by agreeing to run in the by-election in 2012. They won all seats they contested, a clear show of its popularity. The NLD became a vocal minority voice in parliament from 2012 to early 2016.

Yet even the entrance of NLD members into political office was contested. The NLD members initially refused to swear the parliamentary oath, because it required them to be loyal to the constitution as drafted by the military. After a stand-off, they eventually took the oath as the military-backed government at the time would not allow the NLD to enter parliament any other way.

The events of 2015 dramatically changed the political context. The NLD won the election, forming government for the first time and holding a majority in parliament, despite the 25% of seats constitutionally reserved for military officers. The loss was felt sorely by the military-backed political party, the Union Solidarity and Development Party, or USDP.

The NLD went into government with their eyes wide open as to the risks, personal and political. Many, after all, had been political prisoners themselves.

The NLD faced hostility from the outset. The NLD created the Office of State Councillor, a position specifically for Aung San Suu Kyi in light of her inability to become president. This was strongly opposed by military members of parliament who refused to vote on the legislative proposal.

Things became very serious for the NLD in 2017, when prominent lawyer and legal advisor to the NLD, U Ko Ni, was assassinated in broad daylight at Yangon International Airport. The risks of opposing the military-created political regime by advocating reform of the constitution were suddenly very clear.

Ko Ni’s death had a chilling effect on discussions about constitutional reform, which had been one of the election platforms of the NLD. Ko Ni had been vocal in speaking publicly about the constitution, its shortcomings and the possibilities of changing it. His shocking death was perceived by the NLD as a strong warning. Many wondered if they were now also at risk. Lawyers and civil society advocates were also concerned about the impact his assassination had on any prospects for democracy.

Ko Ni’s death has not received any official commemoration. There is no memorial at Yangon airport. On 29 January each year, it is left to civil society to organise an annual event to commemorate his life.

The early years of the NLD’s first term, 2016–17, also saw a dramatic worsening of the Rohingya crisis. A major military offensive caused more than 700,000 Rohingya to flee to Bangladesh. This was one of the quickest and largest displacements of people in recent history. Later, credible accounts of massacres in some villages emerged.

The NLD faced significant criticism for its complicity in the crisis, or at the least its unwillingness to differentiate its position from that of the military. Yet at the same time, tensions between the NLD and the military remained high, with real concerns there may be a coup.

The NLD has also struggled to make progress on the peace process. This was always going to be a difficult task.

What happened this week was a show of force and power grab by the military – a coup, not a constitutional emergency. This has left those who sought to play by the rules of the constitution, despite disagreeing with its terms, deeply disillusioned.

It is also a reminder that the risks for pro-democratic actors of trying to change a constitution drafted by a military regime are high. This is not just about risks to prominent individuals, as Ko Ni’s assassination demonstrates, but also the wider political risk of a complete coup.

It is hard for those of us in places where there is no threat of a coup to appreciate the real dilemmas the NLD and other pro-democracy actors faced. Dilemmas about whether or when and how far to compromise, and on what issues.

The coup this week reminds us that the risks of changing a constitution mandated by the military are real, especially when the military has no intention of retreating from politics.