Simply comparing the estimated number of combatants on the two sides is not a valid basis to assess combat capabilities. 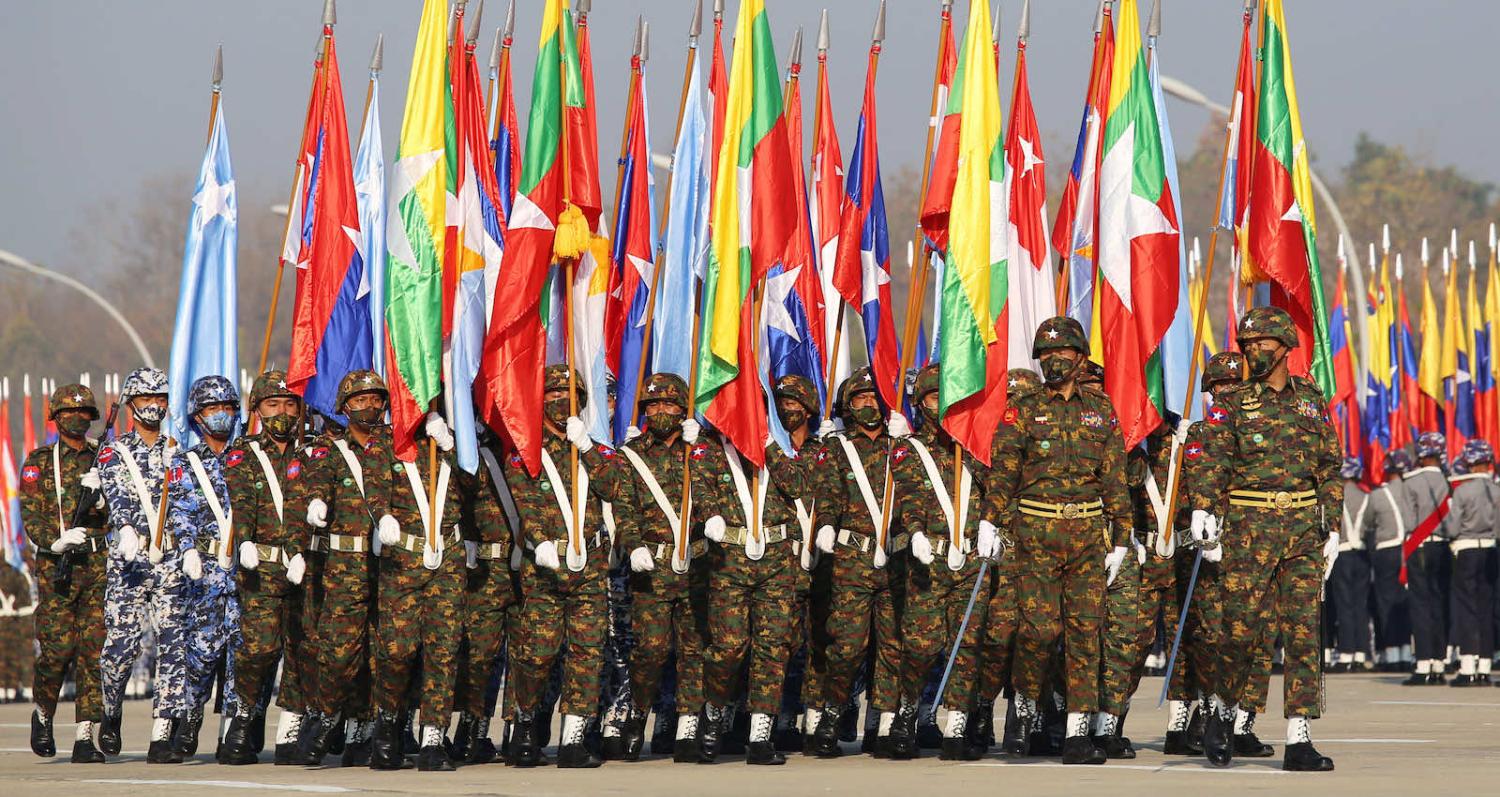 Over the years, countless attempts have been made to estimate the size of Myanmar’s armed forces (or Tatmadaw). However, the fact remains that no-one really knows. Despite the Tatmadaw’s critical role in Myanmar’s national affairs, its size has always been for observers one of the great “known unknowns”. Similar questions arise over the membership of the various armed opposition groups.

Ordinarily, such a count would be largely an academic exercise. However, the military coup in February 2021 and Myanmar’s rapid and unexpected slide into a bitter nation-wide civil war have made answers to these puzzles of greater interest.

After Myanmar (then known as Burma) regained its independence in 1948, its armed forces grew steadily. However, despite constant challenges from a wide range of ethnic, ideological and economic insurgents, its formal strength never exceeded 186,000. This picture changed dramatically after the 1988 pro-democracy uprising, when the new military regime launched a massive expansion and modernisation program.

By the early 2000s, it was widely accepted that the Tatmadaw had grown to about 400,000 service personnel. If that was indeed the case, it made the Tatmadaw the largest armed force in Southeast Asia after Vietnam’s, and possibly the 11th largest in the world. There were a few claims that the figure was closer to 500,000, or even 600,000, but these estimates were mistakenly based on theoretical projections by ambitious Tatmadaw planners.

The numbers cited were sometimes divided among Myanmar’s army, navy and air force, but few commentators noted that, in contrast to the lean and poorly serviced force before 1988, the Tatmadaw’s support base had also grown. Its fighting strength had certainly increased, but so too had the proportion of service personnel assigned to administrative, maintenance and other rear-echelon roles. The actual “tooth-to tail ratio”, however, remained a mystery.

After the advent of a quasi-civilian government in 2011, there were reports that the Tatmadaw had begun to shrink. An attempt by Commander-in-Chief Min Aung Hlaing to make the institution more modern, more efficient and more professional – a “standard army”, as he called it – saw the numbers fall. Also, for a variety of reasons, recruitment levels dropped and the number of desertions rose, leaving many units badly under-strength.

By early 2021, most observers accepted an estimate of between 300,000 and 350,000 in the Tatmadaw. It has been speculated that the figure could now be as low as 250,000, or even 200,000. Like all Myanmar-related statistics, however, such numbers are unconfirmed and need to be treated carefully.

In any case, the key metric here is not the total number of men and women in uniform, but the number of combat soldiers that the junta can put into the field. Most estimates cite 100,000­–120,000. Yet, according to a Tatmadaw defector last year, it could be as low as 95,000. One Myanmar-watcher recently suggested (without evidence) that 80,000 was a more realistic number.

Of course, this does not include the 80,000 or so members of the national police force, which has about 30 paramilitary security battalions, many of them made up of former soldiers.

Reports that the junta is forming its own militias, recalling veterans and giving military training to the spouses and children of service personnel all suggest that the generals are worried.

The Tatmadaw is currently facing armed resistance from anything up to 250 loosely organised local defence groups, urban resistance cells and ethnic armed organisations (EAO). Many, but not all, claim membership of the shadow National Unity Government’s People’s Defence Force (PDF). Estimates vary widely, but there could be about 25,000 active members of the various militias and resistance groups, and a further 30,000-35,000 in the relevant EAOs.

As several observers have noted, however, a simplistic comparison of the estimated number of combatants on the two sides is not a valid basis on which to assess their respective combat capabilities. A serious assessment of the balance of forces requires an analysis of their organisational structures, training regimes, weapons inventories, intelligence and resupply capabilities, leadership, morale and so on.

With such factors in mind, the Tatmadaw is still the most effective fighting force in Myanmar. However, it is clearly stretched thinly and is facing a number of major challenges.

The Tatmadaw has been on active operations since the coup, without any respite. Morale is reportedly low. There seems to have been more than 2,500 defections (although not all were from front-line units). Reports that the junta is forming its own militias, recalling veterans and giving military training to the spouses and children of service personnel all suggest that the generals are worried. Bizarrely, the junta is even considering the introduction of conscription to boost its numbers.

These days, armed resistance groups are having a greater influence on the overall strategic situation. The PDF’s organisation, weapons holdings and combat skills seem to be improving, albeit slowly. Reports of Tatmadaw casualties are probably inflated, but there is little doubt the number is growing. Should the PDF receive significant external aid, in terms of funds, arms and expertise, then the Tatmadaw’s position would become even more difficult.

All that said, both sides are fighting multiple conflicts, on multiple fronts. Neither seems to have the ability to deliver a knock-out blow. Unless something unforeseen happens to tip the scales one way or another, the civil war in Myanmar seems destined to drag on for some time, with no decisive result. The casualties among both combatants and non-combatants will continue to mount. In 2022, as in 2021, it seems that there will be few good numbers.

Russia on a war footing will be less capable of providing India with critical defence equipment.
Samuel Bashfield 2 Mar 2021 06:00