Quantitative easing was misunderstood from the start, and enough confusion still exists to cause over-reaction.

If financial markets were expecting clear guidance on future US monetary policy moves from the annual central bank get-together at Jackson Hole in Wyoming last month, they would have been disappointed. Fed Chair Janet Yellen confined her speech to setting out how much progress has been made in making the financial sector safer in the ten years since the 2007-08 crisis. Since the absurd over-reaction of financial markets to the first hint of unwinding Quantitative Easing (QE) in May 2013 (the ‘taper tantrum’), the Fed has been at pains to set out, in excruciating detail, the principles that will guide its actions. But even with this degree of disclosure, financial markets retain their capacity to over-react. Thus the unwinding of QE has the potential to be disruptive, not just for the US, but for the rest of us who get swept along – and discombobulated - by the gyrations of global financial markets.

Unwinding QE, the huge purchases of bonds (mainly US government bonds, but also non-government mortgage bonds) which now dominate the Fed's greatly-expanded balance sheet, is one of two components to 'normalise' US monetary policy, the other being to restore the short-term Fed funds interest rate to a more normal level.

Getting the Fed funds rate back towards normal is well underway, and while the market might be on edge, there is not much more the Fed can say. The Fed under Yellen has been cautious about pushing up rates, and timing is still tricky. If the Fed raises rates too quickly and upsets the delicate growth trajectory, there isn't much policy room to correct the mistake with lower rates. On the other hand, there is a (small) risk that tardy normalisation might allow inflation to return. More seriously, the long period of abnormally low interest rates has distorted investment and saving decisions, pension incomes, asset prices, and exchange rates.

The unwinding of QE certainly represents unexplored territory. One reason it might be fraught is that many market participants have misunderstood QE from the start, and enough confusion still exists to cause over-reaction. Many market participants thought QE was 'printing money' and would inevitably cause inflation. Instead, currency held by the public has risen on-trend and inflation has remained persistently below target. The excess base money created by QE piled up in the balance sheets of commercial banks which, still hurting from the crisis, saw no reason to expand their lending during the feeble recovery.

When the policy interest rate is close to 'neutral', the Fed normalisation program envisages that QE will be unwound largely by letting the Fed's holdings of bonds fall as they mature, rather than being rolled over as has happened so far. As this occurs, the excess reserve holdings of commercial banks will fall. The constantly repeated words the Fed uses in describing this unwinding are 'gradual' and 'predictable'. All smooth sailing, we hope.

So what keeps the markets on tenterhooks? First, some market participants doubt the staying power or fine touch of the Fed's judgement, and worry about overly-hasty bond-holding reduction, with a sharp rise in yields, which would be bad for growth and asset prices. Others note that as bond yields rise, the Fed will make substantial losses on its huge bond holdings (not far short of 20% of GDP), which would be bad for its reputation.

A neat suggestion has been made by Philip Turner (paywalled), formerly at the Bank for International Settlements. The Fed and the Treasury should swap the Fed's government bond holdings for short-term Treasury notes. This would dramatically reduce the Fed's interest-rate risk and reassure the market that the Fed would not feel pressured to unload these holdings precipitately onto the market. In theory, it shouldn't have much effect on bond rates, as these switches would be 'off market', leaving the private sector's bond holdings unaffected. The Fed would run down its holdings of government debt, as before, by letting these Treasury notes mature according to its unwinding schedule.

This idea seems worth implementing. Of course the reaction of financial markets is unfathomable. Many market participants and commentators believe that the Fed's QE purchases of bonds had a big effect on longer-term interest rates, so repositioning QE this way might still have a substantial effect on bond yields, even though there would be no on-market transactions. But the policy answer is simple: 'gradual and predictable'.

This switch would certainly leave financial markets with less reason to over-react, which is always a good thing. The Treasury might be sorry to have the maturity of its debt liabilities shortened, but it has had a good run to date, unloading so much of its longer-term debt onto the central bank, at low interest. Reversing this just puts government debt management back where it belongs – in the hands of the Treasury.

This leaves the details of just when policy interest rates should be raised further, and the exact schedule of QE unwinding, to the Fed, which is as it should be. The Fed's actions should be gradual and predictable, but not announced in advance. If the market wants to worry about the Fed, it might focus on the recent departure of Stan Fischer and impending end of Janet Yellen’s term early next year. President Trump's appointments to these and other Fed vacancies will matter more for American monetary policy. 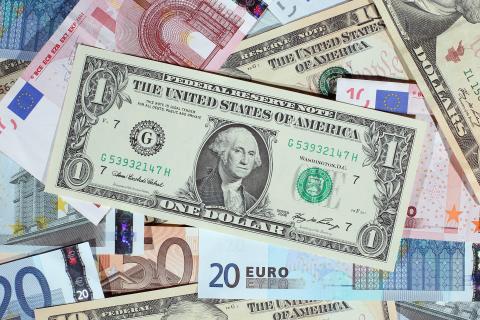 As a pharmaceutical powerhouse, India finds it now holds the cards over Canada and what it sees as its irksome PM.
Tets Kimura 29 Apr 2019 15:00

The Reiwa era is about to begin and with it springs hope that the national malaise of recent decades can be left behind.