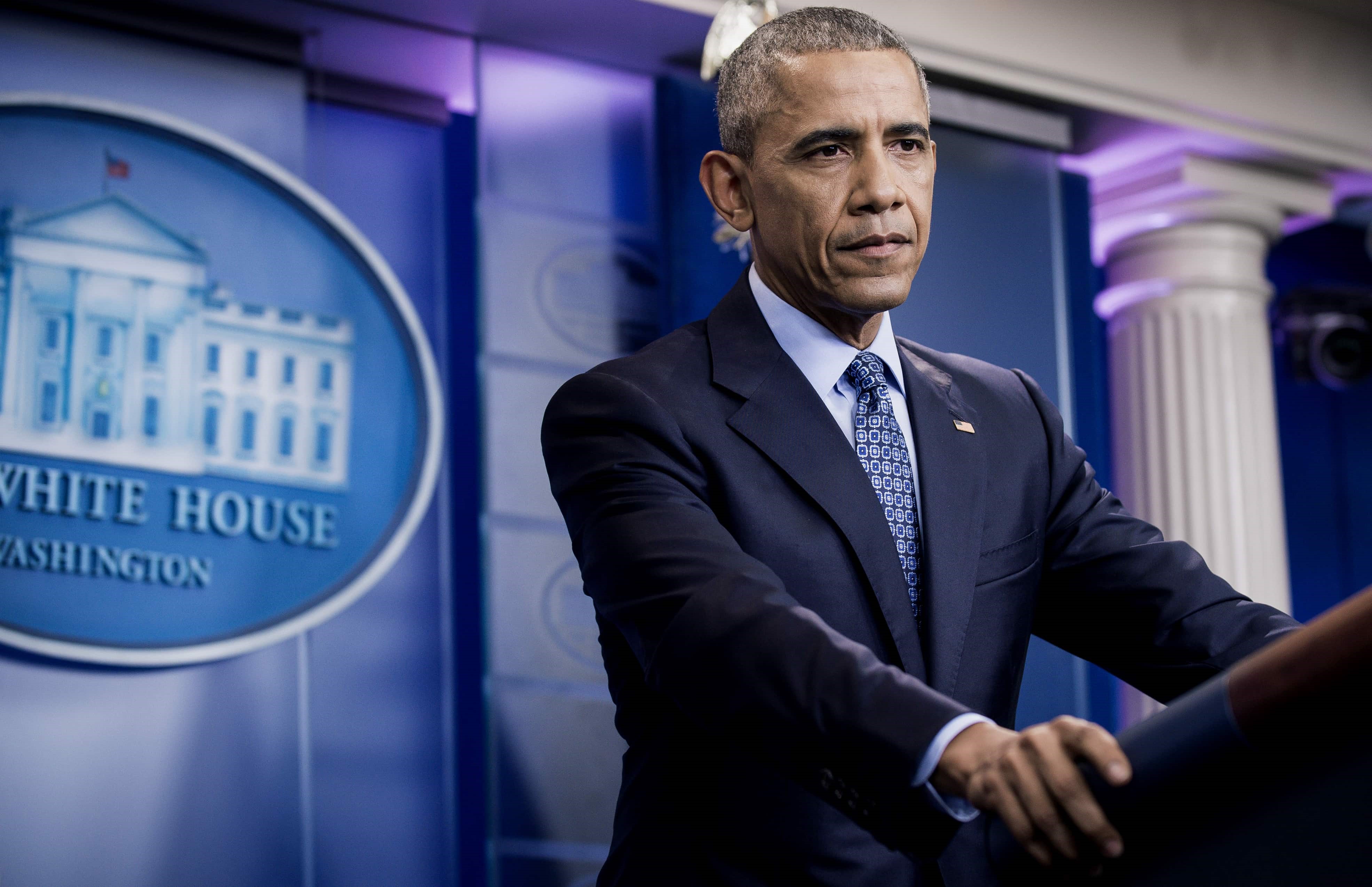 Barack Obama leaves office in the somewhat paradoxical position of enjoying unusually high approval ratings for a departing president, while also fearing the wholesale destruction of his legacy.

Many of Obama’s most strident opponents have claimed that the election of Donald Trump was as much a repudiation of Obama's record as it was of the potential administration of Hillary Clinton. But can this really be the case when Trump himself will take office with a level of unpopularity that is not just unusual, but unprecedented in the modern era?

The most charitable reading of Trump’s victory would credit a strategy that seemed ramshackle but was well-targeted to the somewhat democratically limited contours of the US Electoral College and Republican gerrymandering efforts. An alternative view would attribute the result directly to interference from Russian President Vladimir Putin and FBI Director James Comey.

Yet neither scenario will provide much solace to either the departing Obama, his broader political coalition, or those who have benefited from his eight years in power. At the front of these ranks we can reasonably include the millions who gained health insurance as a result of the Affordable Care Act, even if many didn’t consider it a reason to vote for Hillary Clinton. Trump and the Republican-controlled Congress seemed intent on dismantling it regardless of any changes in popular opinion, but the President-elect’s recent pronouncements on offering ‘health insurance for all’ seem to have confused matters once again.

Obama’s overall economic record also appears strong, with the recovery from the recession of 2008 now one of the longest on record (even if many of the new jobs this recovery created have been part-time, or in poorly paid professions). On the foreign policy front commentators might never reach a consensus on whether Obama was an overall positive or negative influence. What we can say is that, even with missteps such as a lack of a coherent strategy on Syria and the intervention in Libya, Obama offered a far more predictable worldview than his successor. There are now legitimate fears about the future of the US commitment to European integration and security, international trade and investment, the UN and multilateralism, and many other traditional pillars of the US role in the world. In the immediate term Trump may jeopardise Obama achievements such as the Iran nuclear deal, the normalisation of relations with Cuba, and the Paris climate change agreement.

It's clear Obama’s legacy faces significant challenges. But should Trump prove a disastrous replacement, we should not discount the eventual vindication of his predecessor’s political vision and a potential renaissance of some of its policies in the future.

After the dust settled on Trump’s victory, Obama did indeed seem to position the result as part of the political ebb and flow and held firm in his belief in the eventual victory of a more liberal order at home and abroad. On fighting political division along racial and ethnic lines, for example, he said that his way 'may not always win the day in the short term, but I’m confident it’ll win the day in the long term'.

The French author Louis-Ferdinand Céline once wrote that 'invoking posterity is like making speeches to worms'. Obama seems unlikely to leave the judgment of his record up to history alone. His last remaining days in office have been considerably active, putting in place whatever protections he can to guard against Trump’s wrecking ball. This includes making another $500 million payment to an international fund designed to help poorer countries mitigate and adapt to climate change, scrapping regulations that might have been used to aid in registering Muslims in the US, working to protect funding for Republican-hated programs such as Planned Parenthood, and enacting bans on oil and gas drilling in the Arctic and Atlantic oceans.

Obama’s enduring legacy will also include recent sanctions enacted on Russian officials in response to suspected Russian involvement in getting Trump elected. This has put the incoming president in the uncomfortable position of either keeping them in place - and thus tacitly agreeing they were warranted - or scrapping them, which would support perceptions he is currying Russia's favour.

Obama’s decision to commute the sentence of WikiLeaks source Chelsea Manning has also been welcomed by supporters of transparency and opponents of US foreign policy. While the decision may displease Trump’s general-heavy cabinet, Manning and WikiLeaks have also enjoyed the support of some sectors of Trump’s support base.

The 44th president’s last press conference in office offered further evidence that his record and lasting public perception may not be solely in the hands of Trump and his regime. In contrast to his predecessor George W Bush, who did not enjoy the luxury of enduring popularity, Obama hinted at an ongoing active role in US public life. Highlighting several issues outside the normal realm of policy debate (including systematic discrimination, voter suppression, diminished press freedom, and persecution of migrants), he pledged to stand up for protecting America’s ‘core values’.

Trump, meanwhile, is also unlikely to let Obama slip quietly into the shadows, given that he has continued to drag up Clinton’s name every time he needs to deflect criticism of his record during the transition period. Trump may be increasingly inclined to recall his predecessor’s record to defend against criticism, possibly to a counterproductive result.

There seems to be a strong belief in a 'final' (or at least long-lasting) victory among many Trumpists. Trusted Trump advisor Steve Bannon has, for example, spoken of Republicans being able to rule for 50 years if they could bring in the black and Hispanic vote as well as broaden their white appeal. Obama and his supporters might, however, recognise this as unproductive hubris, particularly if they remember the departing President’s early talk of heralding a moment when we 'began to provide care for the sick, and good jobs for the jobless' and 'when the rise of the oceans began to slow and our planet began to heal'.

Obama’s legacy was never going to be as grand as that, but it might just be more durable than expected.