People haven’t stopped trying to migrate in the region, yet Australia’s role has been reduced to that of a bystander. 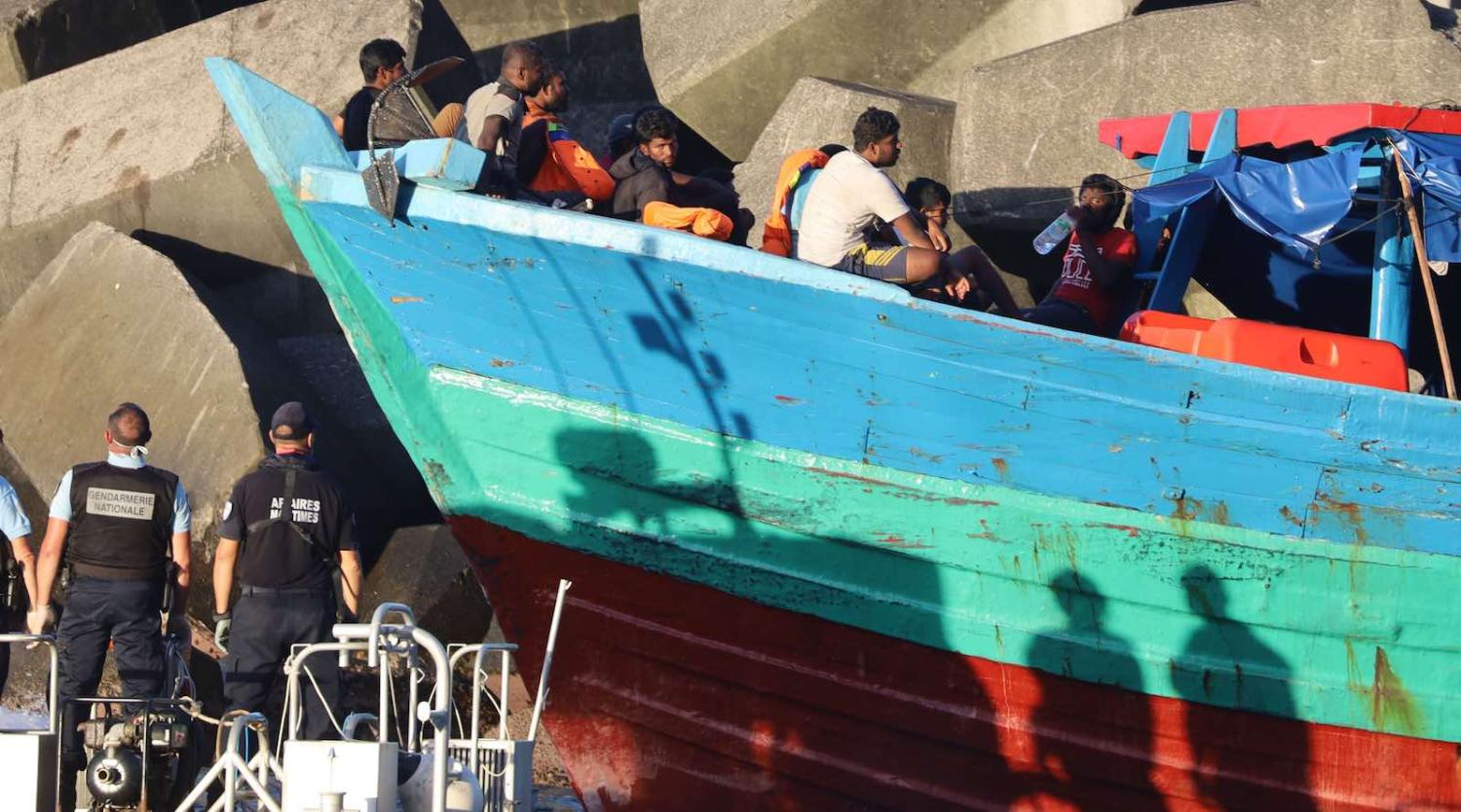 Earlier this year, French authorities intercepted a boat from Sri Lanka heading to Réunion Island, a journey of more than 4000 kilometres in the direction of Madagascar. Reports indicate this was not a one-off, and several of these trips were being planned.

The audacity of the journey is notable, given the length and destination. These people were seeking a better life for themselves and their communities, searching for opportunity they did not believe existed in Sri Lanka.

The common refrain that we live in a world of porous global borders is largely a myth.

While the number of people involved was small, the report notes these are likely people who would have in the past attempted a journey to Australia. Through the combination of the second Rudd government’s “never, ever” resettlement promise and the Coalition government’s Operation Sovereign Borders campaign, the number of boats carrying asylum seekers to Australia has greatly diminished since early 2013. A handful of boats have arrived in Australian waters, yet the number attempting the journey has drastically reduced, with 33 “turnbacks” recorded to June 2018.

Still, the irregular movement of people continues around Australia today. There are many more would-be migrants in the world than there are opportunities to migrate, and the inability to access authorised pathways generates irregular movement. To governments, people smugglers are criminals, yet in most cases, to the people they move, they are critical connections to a better life.

The common refrain that we live in a world of porous global borders is largely a myth. Borders today are stronger than perhaps any time in human history, with many institutions deliberately designed to keep people out, such as passports, border checks, physical infrastructure, and military patrols, among other factors. In the example of Réunion Island, even in one of the most remote outposts of a G7 country, there are resources in place to enforce the border.

Prime Minister Scott Morrison is fond of saying the rest of the world wants what Australia has when it comes to migration. Yet the people boarding a small boat to Réunion demonstrates how difficult it is to prevent irregular movement. The Sri Lanka–Réunion voyage is a case in which diversion from one route means people head towards a different route. When a common pathway closes, it is often replaced by others.

The brutal deaths of 39 people in a truck in the United Kingdom last week, many of whom hailed from Vietnam, demonstrate how quickly tragedy can arise when people’s aspirations to work in high-income countries butt up against strong borders designed to keep them out.

Such journeys act as a reminder about the almost limitless capacity for people to move across vast distances, something which will only grow into the future. Unfortunately, in Australia at least, serious discussion about this topic is sorely lacking. We have settled into a stasis, one where there are few good results. To borrow from an argument about how bipartisanship in defence and security policy is undermining policymaking, the current bipartisan stance on asylum and irregular people movement is masking structural issues.

Australia is unable to meaningfully contribute to regional engagement on irregular movement. While Bangladesh hosts more than 900,000 Rohingya refugees, and Thailand and Malaysia see almost weekly movement down the Andaman Sea, Australia watches from the sidelines, throwing the occasional tokenistic contribution, via a diminished aid program. This lack of engagement is particularly lamentable in the context of our region, where recent reports suggest there is no willingness to even flag concern for the Rohingya at the upcoming East Asia Summit. As an ASEAN outsider, Australia could play a constructive role as provocateur to the more consensual regional bloc, drawing on our experience on these issues, as 2017 Lowy Institute Analysis argued, in the context of “migration multilateralism”.

Yet Australia’s current approach is unilateral, with regional approaches considered nice to have but not necessary. The lacklustre Bali Process has failed to meet modest expectations and instead acts as a symbol of bureaucratic indulgence. No Australian government has entertained the idea of a reworked refugee resettlement program founded on the needs of the region, working together with countries such as Indonesia and Malaysia. Without Australia giving and contributing more in the region, the human cost of displacement continues to grow.

It is not difficult to imagine a different situation emerging over time, where more hostile regional partners take less kindly to Australia’s position. The crisis of the Rohingya represents the greatest flaw in Australia’s bipartisan approach. Despite being literally on our doorstep, there is almost complete indifference to their plight.

Yet with such great numbers permanently displaced, it is clear that more people will begin to take greater risks for political and economic opportunities. These are not people who can be subject to turnbacks or deportation back to their home country.

Further, it is not impossible to imagine boats direct from Malaysia, as the Expert Panel on Asylum Seeker Report noted had occurred prior to 2010. Rohingya refugees already appear to account for many of the small, irregular boat movements around Thailand and Malaysia. For example, this boat broke down in southern Thailand en route from Bangladesh towards Malaysia in June 2019.

It may seem as if Australia has got it made regarding irregular movement of people. Yet the status quo remains fragile and costly, and without greater engagement and contribution, cannot be sustained indefinitely.

It needs to be understood that Russia views the EU and the West generally as an enemy.
Moses Sakai 11 Dec 2020 10:00

Weekend catch-up: PMs in PNG and Pakistan, DFAT at 30, the NBN and more

The future of Polish politics, a new Defence Secretary, the North Korean travel ban and more.