Any friend of the government in Islamabad appears to be an enemy of the terrorist group. 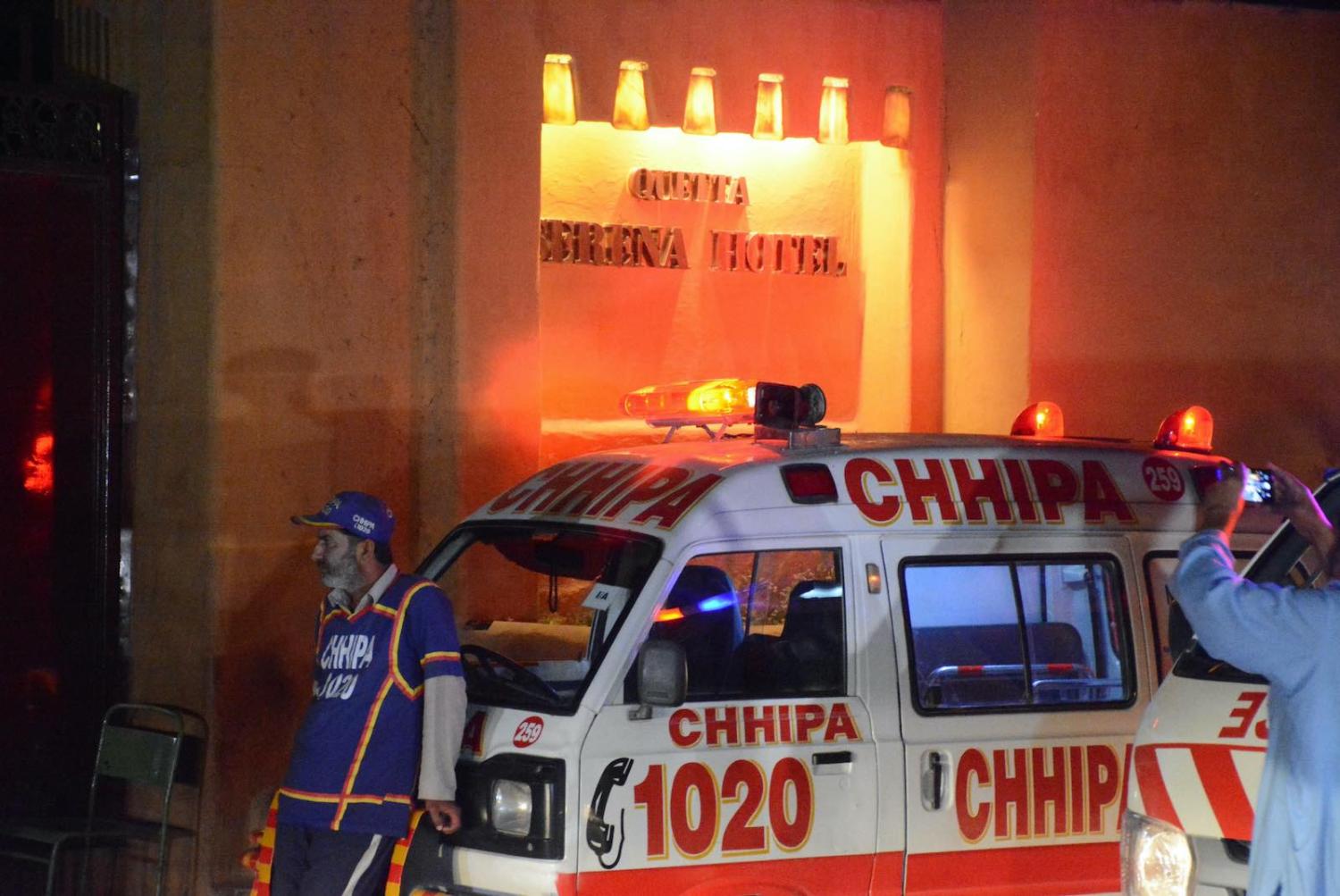 A deadly bomb blast rocked the Serena Hotel last month in Pakistan’s south-western city of Quetta, leaving five dead and 12 critically injured. The bomb exploded just as a VIP guest and his entourage were barely five minutes away from the site. He was Nong Rong, Ambassador of the People’s Republic of China to Pakistan, returning to the hotel after a dinner with local officials. Local media was quick to conclude that Beijing’s top diplomat in Pakistan had narrowly escaped an attack on his life.

Soon afterward, the responsibility for the attack was claimed by Tehreek-e-Taliban Pakistan (TTP, which translates as Movement of Taliban of Pakistan), with the group declaring that local and foreign officials were the target of the attack. Chinese state mouthpiece Global Times warned that “the possibility that the local terrorists wanted to create bigger noise by targeting Chinese nationals cannot be ruled out” in a bid to advance a “malicious domestic agenda”.

Whatever the motivation, the attack appeared to mark the beginning of a new threat to China’s interests in Pakistan.

TTP rose to prominance in 2007, when Taliban factions fighting the state of Pakistan united under a single umbrella. In the 14 years since, TTP has carried out hundreds of attacks which have killed thousands of people in Pakistan. Despite sustained operations by Pakistani security forces, TTP remains intact and is still a potent security threat.

According to the latest counterterrorism report by the UN Security Council’s sanctions monitoring team, the strength of TTP has considerably increased after five terrorist entities based in Afghanistan pledged allegiance. The same report estimates the strength of TTP forces to be approximately 6000 fighters, while analysts estimate the group was responsible for more than 100 cross-border attacks in Pakistan between July and October 2020.

The threat will remain as long as the TTP is able to sustain sanctuaries across the border in Afghanistan.

At least three possible reasons could drive a shift in strategy towards targeting China’s interests.

Most obviously, the TTP recognises that China is arguably the closest ally of Pakistan at present. The terror group has repeatedly targeted symbols of the Pakistani state and important personalities. Given that China is also in the process of implementing the $50 billion China-Pakistan Economic Corridor, the local component of the Belt and Road Initiative, the TTP sees Beijing as a natural opponent.

Second, the TTP is happy to further muddy the waters for Pakistan in its regional rivalry with India. Senior Pakistani officials have accussed India of providing past support to the TTP to damage Pakistan. India denies such allegations, even in the face of claims of “irrefutable evidence” that the TTP along with other groups based in Afghanistan have received some level of Indian support to mount attacks in Pakistan. But even if impossible to prove, TTP attacks on China’s interests in Pakistan could be claimed as a proxy for India in its rivalry with both powers.

A further reason for a change of strategy may be that the TTP has decided to retaliate against China over the treatment meted out to Uighur Muslims in Xinjiang province, where there have been mass incarcerations in the name of countering terrorism. Uighurs are a Turkic-speaking ethnic minority in China, with community links to Afghanistan, and given the international profile that reported human rights abuses have garnered, the TTP may have decided to attack Chinese interests in Pakistan to be seen to avenge the unfair treatment of their Muslim brethren in Xinjiang.

If TTP has really decided to wage war against Chinese interests in Pakistan, then the projects associated with CPEC will hit a roadblock. Such a threat would further compound the challenge to Pakistani security forces, even after gains made against the TTP in northwestern tribal areas. The threat will remain as long as the TTP is able to sustain sanctuaries across the border in Afghanistan. After the withdrawal of US-led forces from Afghanistan in September, Afghanistan is likely to fall further into chaos. Such a situation will allow TTP to grow in strength as their ideological bothers in the Afghan Taliban exert control.

What’s behind the popularity of President Trump in China?

Even the trade war hasn’t dented Trump’s popularity in the feelings of the Chinese people.
Weihuan Zhou 22 May 2020 12:00

Australian growers are effectively banned from a huge market. But details of the decision show how it may be reversed.
Jennifer Hsu 16 Dec 2022 12:30