A trek to a remote village in the PNG Highlands uncovers the everyday challenges and dangers facing children. 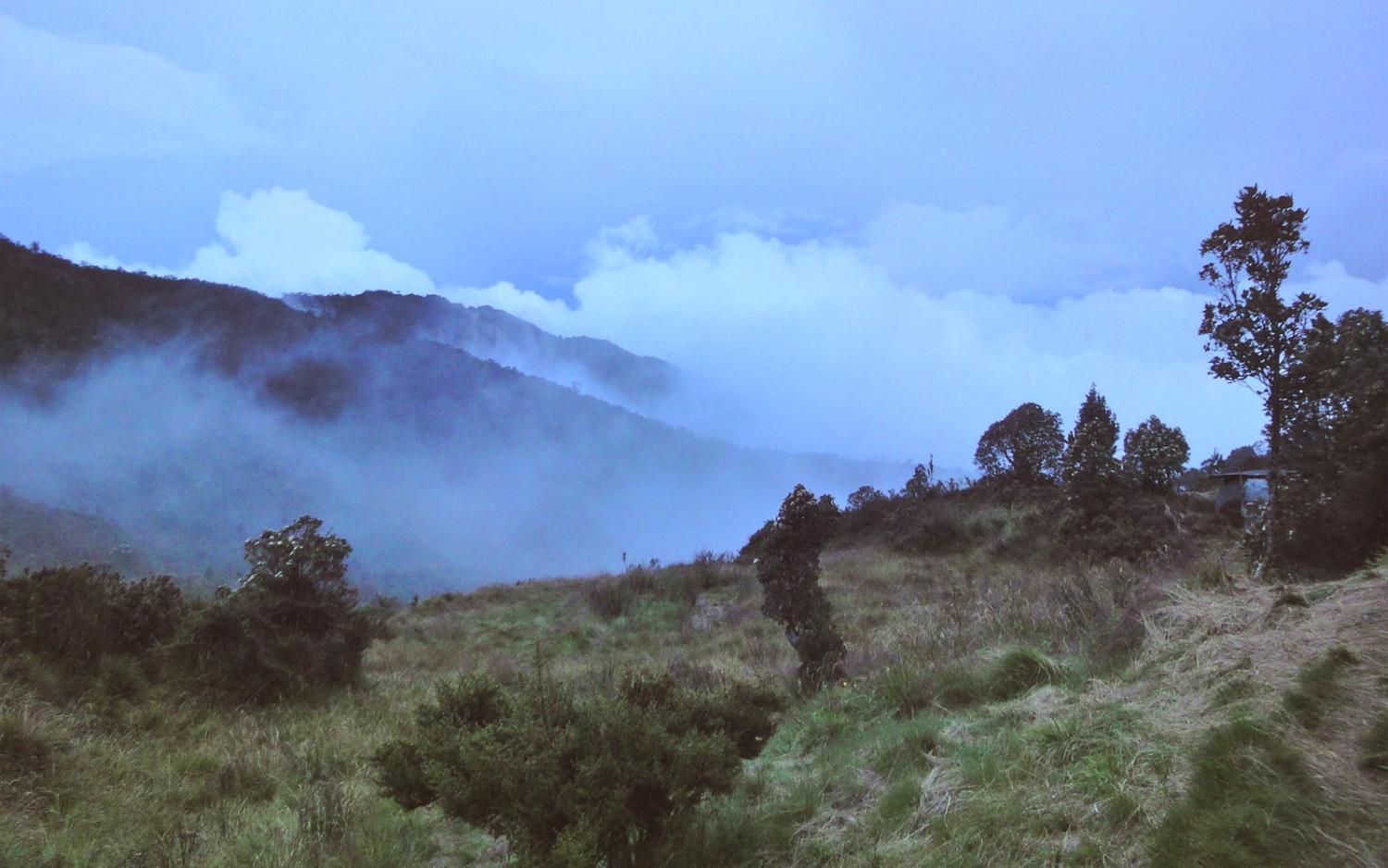 Ambullua is a remote community located in upper Jimi District, Jiwaka Province, in the Highlands Region of Papua New Guinea. The population of approximately 7000 is almost entirely reliant on the Catholic Church for basic services, with minimal government or donor assistance.

The journey to Ambullua from the nearest urban centre, Mt Hagen, is illustrative of the many challenges experienced by this isolated community. One of Ambullua’s few pieces of infrastructure is an airstrip for small planes. Yet flights carrying important cargo such as medical supplies and transport for the sick and injured have become infrequent.

Some women and men broke down in tears upon meeting us – tears of grief, concern about our safety, and perhaps the shock of seeing visitors on a path rarely travelled by “outsiders”.

We intended to fly into Ambullua but were unable, due to aircraft maintenance delays. The only alternative way into Ambullua is by car and then on foot – a two-day trek along a rugged mountainous track, badly damaged by landslides and heavy rain.

On our trek to Ambullua, we were met with the traditional greeting for visitors, “aiyooo, aiyooo”, along with a tight embrace. Some women and men broke down in tears upon meeting us – tears of grief, concern about our safety, and perhaps the shock of seeing visitors on a path rarely travelled by “outsiders”. We passed children playing homemade games, and were given gifts of various food items such as red pandanus, sugar fruit, and a pig’s foot!

The absence of roads connecting Ambullua to surrounding communities and urban centres results in few income-generating opportunities. We saw women walking four to six hours a day across slippery rocks carrying heavy bilums (string bags) of vegetables to take to a small market. A bilum of produce will generate perhaps only one or two kina – less than one Australian dollar – due to a very limited cash economy.

This was a common story we heard once we arrived in Ambullua. While families have plentiful garden produce and pigs to sell, their community is isolated, which has critical impacts on people of all ages, but a dominant concern is the ability of parents to raise school fees for their children. As Nancy, 4 years old, explains:

I love school because I want to get educated to become a teacher. I will work hard. I will have to get a lot of knowledge. Nothing will stop me from getting educated, but the school fees are too high.

In contrast, key areas where the children feel unsafe include:

To attend school, some children need to cross a fast-flowing river each day. Bridges in the area are made of narrow tree logs, and rainfall makes them slippery. At times, the log bridges are completely washed away, or the road is badly damaged, and children are unable to attend school.

When asked if the children have ideas as to how the bridge could be made safer, they suggested the construction of an iron foot bridge, but recognised the limited road network servicing Ambullua would make it impossible to transport iron into the community. As an alternative, they suggested strengthening the bridges with additional logs, ropes, and bamboo, and to ensure that bridges are replaced as they start to deteriorate or when safety issues are reported.

The playing field was also noted as unsafe. Ambullua has two key areas for children to play – a large muddy grass area behind the school and a rocky basketball court near the church. The children hope the mud and rocks could be cleared by volunteers, but one child said, “Some people are too lazy to take part in volunteering. But they can be motivated through money, gifts, or an award.”

When the children were asked if they have opportunities to share ideas for making Ambullua a safer community, the response was negative. Anna, a 16-year-old girl said:

The village leaders won’t listen to us even if we try. They think they are wise people, so they won’t listen to children. There is a barrier of fear between older people and children that needs to change. The elders are scared of listening to children.

It is common to hear adults in Ambullua say that their children are dealing with the same struggles as their grandparents – little has changed. This resonates with the stories shared by the children of Ambullua, but they also appear to be crying out for more attention to their ideas.

It might be less conventional than the predominant approach focusing on government and donor assistance, but engaging with the problem-solving abilities of children might also uncover fruitful options to making the community a safer place to live.

Previous Article
The Belt and Rebranding Initiative
Next Article
Democrats on trade, and North Korea: “No hot dish for the dictator”

In New Zealand, much ado about China

There is talk of a downturn in NZ-China relations. But in reality, the two have never had a perfect relationship.

An independent agency to oversee China’s expanding aid program is a first step in the right direction.